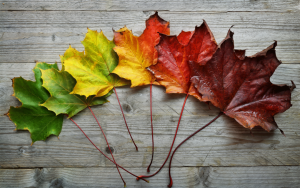 So let’s look: is it the self, or is it the concern that is the issue?

It turns out that concern itself is the issue.

Not only self-concern, but any concern.

How? Why? How does it work? Why will any concern take you out of the flow of life? 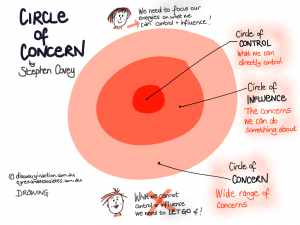 My assertion is: concern is counter to living life successfully

I don’t like the results that defining gives you, but in this case, because these are opposites, one will define and also distinguish the other.

When I that say one thing isn’t (distinguishing)… the other thing, its opposite, must be.

Therefore being concerned is a ‘being-attacked-by-life’ state… and the concerned person, gasp, is unconscious, unaware that they themselves caused the conflict… so they get even more concerned… tighter fixated… ever tighter.

Watch this short video with Amy and Arnold Mindell, famed psychologists… 2 minutes. Explaining process, the process, the flow of life.

Life is a process. Reality is a process. Nothing and none of it is fixed… all in movement, all changing… even if to the uneducated it looks fixed, even if for the person who lives in their mind it looks unchanged. 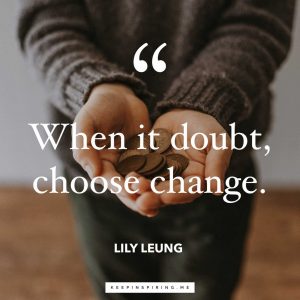 The only permanent rule in this universe is IMPERMANENCE. The only constant in life is change.

In the current Freedom class there are two highest self-concern people… their soul correction is 31 and 32.

And there is one, soul correction 33, who is concerned more with the world.

That gives me the idea to look at people now, and instead of asking: what is their about-me score, which is a measure of their self-concern or their lack of humility, their inability to see reality… and instead ask the question: to what degree concern blocks their ability to be in the flow… at this moment in time. 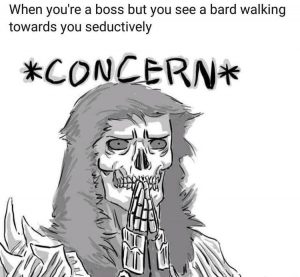 To what degree concern blocks your ability to be in the flow?

You see, nothing is fixed about you, nothing that is part of you. Your name, your date of birth is not part of you… and therefore they remain the same, but your heart rate, your intelligence, and your blockages are changing, moment to moment.

Unless, of course, you fixate on them.

It seems that the higher the concern, the more you tend to be stupid, or blind, or self-promoting… the harder you try to be different than you are.

I just measured everyone in the class. It is 6:40 am here… in New York State… some students are sleeping, some are just waking up, others have been up for a while. 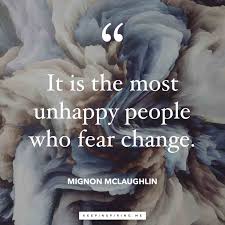 My level of being concerned, until 1996 was 70%. I was stiff… inflexible, self-righteous.

And then something happened: I embraced being stupid, the thing I had been concerned since I was 3 years old. I eased into it, I RELAXED into it.

Of course I had an insight just previous to that: I saw that being smart had nothing to do with how far someone got financially, my main concern at the time. I was poor, I was struggling, and I wanted to prove it to my then already dead parents that I wasn’t a mistake, that they were wrong when they didn’t think I should be alive.

All my interpretation, of course, I wonder if they ever thought that, but at the time it was the reality I lived in… kept in place, unchangeable by the self-concern.

Anyway, embracing what I was concerned about, relaxing into it created a turning point for me.

In the years after, I embraced other things that took me out of the flow… and let go of anger, hate, judgment, competition, comparing.

Today my level of concern is 7%. I haven’t even needed a chiropractor for four years now.

And although occasionally I get tight and concerned, I can let go of the concern and return to the flow. I share it with my ‘money list’ subscribers when it is obvious that that is what happened.

Simple: your money doesn’t like to come to you when you are concerned.

Your concern is like rock in the rapids: the money flows around it, not into it. So the easiest way to see your level of concernedness is to look at your money… is it flowing to you?

If it isn’t… then you may want to consider identifying your concerns and letting them go, one by one, by embracing them.

It is always triggered, at least for me, by a class, a video, a book, something from the outside temporarily connecting to my soul and dislodging the ego for a minute or so.

Also, all fears are ego concern. And all fear is fear of death. Death of the ego…

All unreal fears. The fear you experience when a gun is pointed in your face is real fear, not ego fear.

But that rarely happens… right?

I was beaten as a child. And yelled at.

So when someone raises their hand, or yells, I am afraid. Body memory.

But when my stomach flutters before I attempt to teach something that I am not sure I know how to teach: that is ego fear… not real.

Mark Twain said it best: ‘I’ve had a lot of worries in my life, most of which never happened.’

Worry is an expression of concern. So there you have it…

Worry about, worry for, all concern. All blockage.

The meditator worries about what he will find… so he never actually meditates. A muscle-testing person worries about what the answer is, so the muscle test isn’t ever accurate. The person who wants to connect to Source blocks his connection with being eager… yet another word that says: concern.

A student of mine wants to sound witty, and a good student… yet another word for concern: wanting.

In fact the words: I have to, I need to, I want to, I should are all words expressing concern… and if you paid attention, expressing ego, and expressing blockage.

Hate me as much as you want… as the bearer of bad news.

A better choice would be is to let go of a little corner of this monolith… Like proving? Proving anything?

The humility activator used consciously can help with that, but ultimately you do all the work, it just helps.

It is a good idea to get your health measurements muscle tested by little old me, and get early warning signals if anything malicious is brewing in you. Your best choice is to get a year’s worth. Second best choice is to subscribe to it monthly. Third, of course is to get a snapshot that tells you how you are doing today.

And before midnight you’ll get a free ten dollar additional assessment for free.

Ten dollars are ten dollars, it seems, even in 2021… So if that pushes you over the edge, thank god for that.

Get your health assessment… you’ll thank me for it. If there is trouble, you can act early when it is both cheap and easy to remedy… Little troubles today can be real killers in a little while. Instead of being concerned about it, come face to face with it, and do something about it.

Go to step 2
If you don’t have your health you don’t have anything. but instead of being concerned about it, take care of it… Surprisingly? letting go of concern may allow you to heal.