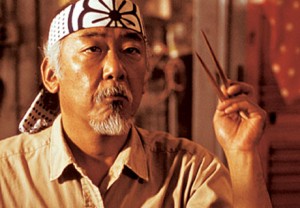 Enough Equals Whatever It Takes. Of The Right Thing. Done The Right Way.

Whatever you would like to attain in life, happiness, satisfaction, contentment, connection, riches, good health, great relationship: they all depend on “enough.”

Even if I frame it the way I use it in my day to day life: whatever it takes, people either misunderstand, or look at me with blank eyes.

I have an educational story to illustrate “enough” on someone I have been working with for 17 years.

This friend worked in government. He had a salary, and he had a job he enjoyed. But he knew that from his savings he’ll never get enough, so he was dreaming of making money in other ways.

He knew nothing about business, really. Definitely not enough to go to business for himself, and trust that it would turn out a moneymaker.

A number of years ago I asked a question: Would you be willing to fill a bath tub with water if all you’d had is a teaspoon?

I asked: if I told you that you can get that done in six months, would you do it?

He contemplated a little, and then answered: Yes.

He knew that using the tub and the water as an example, what I really wanted to establish, that he is willing to do what it takes to learn business.

The first hurdle was that he was not a reader. He was a university graduate, but other than that he never read a book.

He was a non-reader. Someone who didn’t enjoy reading because he could not connect to the book.

We started to work on the capacity. Not full time, but from time to time.

It’s taken a long time, but my friend, today, is a reader, he reads heavy duty non-fiction books, his comprehension is great, and he can discuss what he read with other people who understand.

For him, the first leg of doing enough, being enough and having enough is accomplished: he is now ready to study business related books, so he can actually learn the inner workings of doing business.

He couldn’t go straight to that. It wouldn’t have been smart. Why? Because practicing on what you want to do in the end is, how shall I say it, stupid.

If you haven’t seen the original version of The Karate Kid, this is a good time to do that. 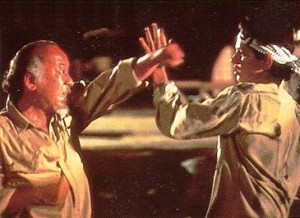 In the Karate Kid movie the kid wanted to learn karate. He had seen it on movies, and that is the type of self defense that appealed to him.

He went to a master to teach him karate. He expected being put to the mat, but instead he was put to work on the master’s taxi fleet, paint his never ending fence, and clean his football field side deck.

Each had to be done in a specific way. He did it, but then revolted. He wanted to learn karate, but instead he was used as a slave.

And here comes the surprise: each of those jobs created one important karate base movement in muscle memory.

Using a combination of those three movements, paint up and down, wax on, wax off, and the third, right-the-circle, left-the-circle, breath in, breath out… he could defend himself from most any attacks. And then add the “catch fly” and he is ready to begin his training. (A man who can catch a fly with chopsticks can accomplish anything).

And the same goes in life. If you want to learn anything properly in life, the teacher needs to break it up for you to its unrecognizable elements, and as you practice it you won’t go to the “I know” mode and do it wrong.

90% of you that try connecting, doesn’t connect. Why? Because you don’t follow the instructions, you do what you think you should be doing. As if connecting weren’t an exact science.

90% of you that try muscle testing, does it wrong. Why? Same reason, you already know and you do what you have always done… getting the same results… none.

But, when you have preconceived notions, fixed attitudes, you will fail. You can do a lot, but it will be the wrong thing, it will be NOT what it takes, and it won’t be enough. It won’t get you what you want.

With that said, on the call on the 27th, I’ll break up the connecting to its elements. Each element will make sense on its own.

Combine them, and you’ll be connected.

1 thought on “Enough Equals Whatever It Takes. Of The Right Thing. Done The Right Way.”