The invisible dynamic of integrity

Less than a year after I graduated, I worked as an architect at this company, walking distance from my home.

I didn’t know that I was an empath at the time. Interestingly not knowing didn’t prevent me from feeling it.

It was an office building on the corner of my street and a big street… forgot its name. I haven’t been there almost 39 years.

So one day I walked home to get lunch. On my way back I actually saw  the building collapse. The streets were closed for weeks… No one got hurt: the crew was out to lunch. 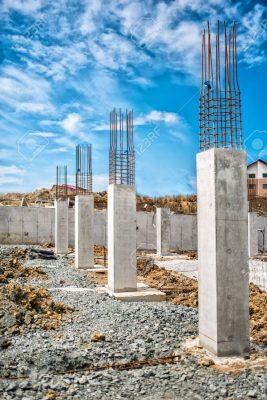 As an empath I felt clearly what caused the collapse: in a pillar in the basement one rebar was missing… A one dollar item, maybe even cheaper.

Unfortunately I am probably using the wrong words… but the error was tiny, seemingly insignificant, and yet it leveled a 12 story building.

There is a Russian engineer, Grabovoi, who is probably still in prison. His claim to fame was that he could tell where the error with airplanes was, what was going to cause their breakage, or failure. I assume he was an empath.

Then he graduated to create his own ‘codes’ to heal cancer… that is why he is in prison. Because the fact that he can tell where something is, doesn’t mean a code or incantation, or what the hell he suggested to do would work. I wrote an article about that… here. No integrity, utter bullshit, exploiting people’s desire to fix what they have created themselves.

With integrity anything less than all is not good enough. Life is unforgiving…

And no, it is not perfectionism.

Perfectionism would be doing something with the little bit… I am talking about quantity.

Instead integrity is about taking things to their completion.

Integrity’s basic, not detailed definition is that the thing is whole AND complete. No parts missing. It’s all there, and it is working. 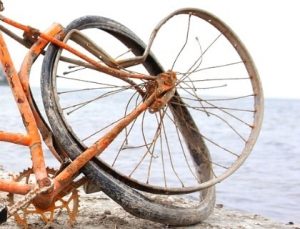 Bend or take out just one spoke of a bicycle wheel and in short order the whole will disintegrate… And such is life. It is either integrity or no integrity. No gray areas.

But what about OUR life? Can our life have integrity?

After all we, and I mean we all, have had experiences that we swept under the rug, and now operate in life as if they didn’t exist.

But they do exist, and make our life have no integrity.

I mean the pain, disappointment, grief, sadness, blame we are not dealing with, because we have no hope they can disappear… and most of the time we are wrong about that.

Completion is a cooperative act:

Who doesn’t think that death, firing, killing, maiming is wrong…

Because the moment that person who listens thinks that they control the conversation, and there need not to be lying and exaggeration, and they try to manipulate… this will result in NO clearing and no completion.

I recently fired my assistant. I had my reasons. The person took it well, at least so it seemed. On the other hand, one of my students grieves over it, even though they had no interactions.

She had the same reaction when I took someone out of the core group.

She can’t allow life to be life… she has an ideal she tries to enforce.

If you pay attention to how she speaks, she talks beautiful and big words… If you are ever sad, sick, or have a complaint, don’t go to her or someone like her, they will try to change what you feel, what you say to meet their stringent requirements for life to be pretty, beautiful, and no ugliness.

When you are sick, it is advisable that you induce vomiting. Ipecac, remember that? I don’t, no such thing in Hungary, but I’ve heard about it.

It can be a lifesaver. Because stuff that is not supposed to be there has to come out… so the listener, therapist, nurse has to allow it to come out.

Clearing, completion is a gradual process. You have to go at it several times to get to the bottom of the pain, the bottom of the grief so you can vomit it all out… and then Life comes, and replaces it with itself.

Of course that part is tricky. Humans and all of nature create clearing differently.

There is no other way.

The design of humans is that they experience life through words.

Humans, including them, cannot experience anything without words. So when the stupid dictionary says: sentience, aka intelligent species have self-awareness, awareness of their feelings, they should add: awareness is words. No words: no awareness.

Your god when he supposedly created the Universe, maybe just named the things it saw, like Adam and Eve in the Garden of Eden… they were already there, unnamed, and your god came to sentience and named them.

Nature, things in nature can be clear without words… but humans can’t. 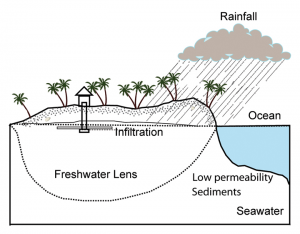 A year or two before i left Hungary I was trying to get a building permit in an area that was the source of the drinking water for a two million strong metropolis.

So, obviously, no building permits were given out: buildings come with sewage, and other contaminants, so no.

I had no other project going on, so I researched how sewage can be treated so the result can be drinking water. Ugh… but yeah, it’s possible. 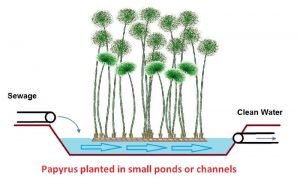 There are these huge drums that agitate the dirty water and bring oxygen with every agitation. The bacteria consumes the stuff, completely eats it, and the result is as clear as a river or a stream, and then you filter it… and it is actually drinkable.

But so that even that water doesn’t mix with the drinking water of a city, the job is to use thirsty plants that can use up all that now supposedly clean water, and turn it into plant matter or vapors or, as it turns out, filter it. A certain species of papyrus trees can do the job.

No words, just giving nature the ingredients to eat the ‘painful stuff’, digest it and transfigure it into more life.

But humans need to do it with words. And they need to grieve… or the clearing won’t happen.

And when it happens, they need to replace all pain that with hope, joy, love, possibility, passion, or whatever they can speak into existence.

This is the process we are doing in most of my programs, because anything that you build on unexplored, festering pain will be sitting on a time bomb, that acts up at the worst times possible, that influences how life turns out… and it is powerful stuff.

I call it the invisible, because it works better for my purposes to call it invisible… After all it is both unconscious and invisible… so I am not lying.

I have distinguished 53 invisible dynamics over the decades, and have created a webinar on all of them. Truth be told, there are more invisibles, and I have taught and seen more since I created those videos, but the 53 is a good foundation if you want to know how you operate, in the invisible, and why your life works the way it does. Or why others do what they do. Or why you react the way you react.

It’s rich… and a great foundation for all the work I do, all the work we do here. Creating the conditions to move to the Promised Land… where most of life is, where you are connected to all-of-it, and your self-concern doesn’t wag you like the tail would a dog… Where the feet go where the brain tells them to go, not the other way around.

I don’t promise that just knowing those things will set your life straight, but at least you’ll know what’s going on, and then you can take it further, so you can regain your power and start living according to what you want, and not what the invisible machine wants.

We, unintentionally, unconsciously make happen the horrible predictions of our parents, peers, we make it a reality in our lives. How horrible.

Learning, intimately, the invisible dynamics is mandatory if you have tried much in the visible, and it didn’t work.

Most every person I look at has a Bach energy alive in them, I call “No matter what I do, I can’t …” And it’s actually true. What you meant to accomplish, if the actions come from the visible, will be ineffective… so yeah, no matter what you do, how much you do, how well you do them, they won’t get you the results you wanted…

You need to learn the invisible dynamic that puts in its foot and trips your intentions.

Now go and get it. You would have to take courses to the tune of tens of thousands of dollars to glean all that invisible wisdom anywhere else.