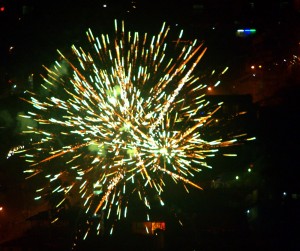 When I scheduled the Event on the 27th, I promised to check people on the call if they connect, really.

And I also promised that I was going to know if they are getting the download or not.

I had never done it in groups. In effect, I promised something I didn’t know if I can actually deliver. On some level I knew, but I didn’t have any evidence.

I had plenty of one-on-one experience, but not in groups. Why?

Because no person who had groups was willing to hand their group over to me even for five minutes to make a difference for them.

I intended to download the Unconditional Love activator that allows a person to feel that the Creator loves them unconditionally, no matter what they have done, how they look, or how successful they are. Very profound. I remember when I downloaded it into myself, I reeled for weeks after that, it made such profound changes in me.

I have been asking groups since April.

Groups that if they actually had this power, the leader would actually make a real difference.

One group was in the Philippines. It was about wealth consciousness. It was a full day program. I followed it psychically, and though people got excited, it was much like a Tony Robbins seminar: you got pumped up, and then did nothing.

Another group is a Teen Challenge group. Young teens that are addicted and troubled.

It is an ultra ultra-Christian thing, so I re-formatted the activator to be like a prayer. They will surely love that.

But I never even got the to leaders… my connection decided that I can only connect through him (familiar?) and that was that.

Same person has a chanting group that meets in his office every Monday. I offered to reformat the activator as a chant.

Same scenario: you can’t connect to the group directly, and I don’t want you to.

So, long story short, I organized a webinar just for the testers. We were seven on the call. And I realized that it’s a we-thing. It is not a me thing. It is a we, The Seven, are requesting Source to help us reconnect and bring in the Great Shabbat (Sabbat), the Thousand Years of Peace.

I checked if people were connected. They were. I attempted to download the newest activator… and it didn’t go through.

It was blocked on the conscious level. Wow, two of the testers didn’t trust without knowing what was exactly in it. Hm.

I made some tweaks, and the download went through.

Which means, I went to the Event on the 27th, fully knowing, with evidence to prove, that I can keep my promise. And it was fabulous.

You probably missed it. But don’t despair… I will have another one of those on October 4 at 7 pm EST. And then weekly. The time will change, the day will stay Tuesday.

It just won’t be the first.

You can register at https://www.yourvibration.com/webinar

1 thought on “How Did It Go On The 27th? Have The Thousand Years Of Peace Begun? Happy New Year!”