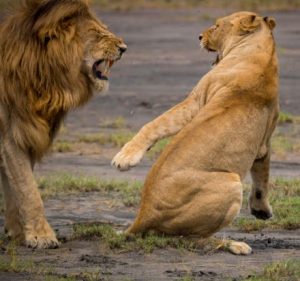 I’ve done thousands of starting point measurements, muscle test 34 things about you, that measure the inner struggle between the predatory genes, the soul, and the spirit.

It is one thing to do thousands of these, and quite another to measure the same person monthly, or frequently. The insights come from seeing what behaviors, what moods, what results correlate with what measurements.

In this article I will talk about those correlations, in the context of power vs. force, spirit vs. predatory genes.

I’ll begin with a little history: the term predatory genes came from a book, The Cure by Douglas Richards.

The book talks about those predatory genes as if they made a person a predator, or maybe even a psychopath.

And that may happen occasionally, but upon further examination, what is closer to the truth is that the predatory genes are the selfish genes Richard Dawkins talks about… the genes that only care about you getting more than others… a definite driving force in behavior.

So when I look at it this way, a whole new picture shows up… a picture that makes it easier to understand what happens and why…

First I am going to look at couples… married, not married, if they are in a relationship where they join forces, I will call them a couple. Not just friends, partners. 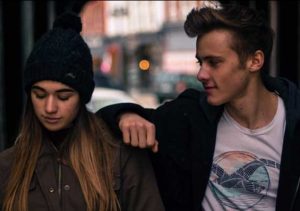 Couples and the predatory genes

In predatory genes terms that means one will have a 10 measure, the other zero or 1.

Single people with either extreme will have some interesting things to teach, but let’s look first at couples.

In a ‘power couple’ we’ll see one person pushing the other to perform… while they either don’t want to, or can’t on their own… for reasons of their own. This party, without the pushing, would be OK with having little, enjoying the pace of their activities, the type of their activities. No ambition, no high dreams.

It is rare that the high predatory genes person is a producer, and if they are, they are resentful about having to produce.

My mom with her 10 forceful predatory genes was frustrated, and unhappy. And never amounted to much, despite her high ability to learn…

At university he found a woman whose predatory genes were 10. They studied together, he graduated, and was steadily pushed by her to reach his potential… And she was the exception: she also became an achiever. Very rare…

So these are the examples for successful couplings.

But it doesn’t always work out.

But if you push on water, nothing much will happen.

So when a couple is referred to me, a couple with this imbalance, where the one has force, the other has nothing to turn into productions, the couple is not happy, and not successful.

My initial instinct is to even out the field: adjust down the 10, and adjust up the zero…

I have noticed that the relationship part of the couples becomes happier… and that is a very important part, one third of a successful life.

This takes us to what it’s like when someone is either extreme, left to their own devices:

Whether you have zero or 10 predatory genes, it seems that human success works best in partnership.

If you have too few predatory genes, you’ll be OK with just doing what you like to do… and not amount to much.

If you have too many predatory genes, you’ll be always frustrated, because you are pushing. Hard. Even worse if you picked someone who is low on abilities…

If you know that, your job is to couple up with someone who has all that you don’t, and they would do well, better, if someone pushed them.

I, for one, would appreciate a partner like that.

But if the forceful person is only interested in themselves… this whole system doesn’t work out well.

Believe me, I have experimented enough to know.

What is the story about people who have 10 predatory genes, but only care about themselves and are not willing to push someone else to success?

They are also low on spirit. They don’t have the word ‘we’ in their vocabulary. They don’t, actually are unable to care. A typical issue for people with a number two in their numerological makeup.

Why them? because number 2 is not willing to be part of… Their attitude is ‘either you OR me’, no willingness to make it ‘you AND me’. That is their main soulcorrection.

Some more disjointed observations I don’t have enough to say about yet will have to wait until I do.

The inspirable/inspired measure: when the second number is lower than the first: the person is dispirited… meaning that spirit doesn’t get enough energy from their actions or goals to soar. What they are up to isn’t inspiring. They expect to get energy from the outside, not inside… and they are not getting it.

I have a few forceful students like that… they set a should-goal to themselves and push for it, but the spirit is dying inside. They also don’t listen to guidance…

Another insight: in the starting point measurement: desire is force/ambition is power. Desire is the predatory genes, ambition is the spirit.

And yet another place where I see this dichotomy, a struggle between two extremes: should is force/shouldn’t is spirit

there is an internal fight between force and power, between the energy of the predatory genes and the human spirit.

Remember the Kabbalistic story of the birth of the Universe: the Vessel got ‘infected’ with the desire to give, to contribute, to be a giver… even though the Vessel (the souls) was originally a receiver only.

Always at odds. Rarely working out to be harmonious and peaceful.

What is there to do?

I originally had zero predatory genes… Adjusted and now I have 3. Three is the ideal number: it has some oomph, but it doesn’t kill the spirit.

If you have 10, your spirit is suppressed. So adjusting your predatory genes will allow the spirit to have some say in the matter of your behavior.

If you are a 2 numerologically speaking: you may need some more intervention… and sadly I don’t know what it is yet.

But given that I have many 2’s in my sphere, it is important to me, so you can count on me to ferret it out.

So what should you do now?

Get your predatory genes adjusted… it is easy for me, and it can make a huge difference for you.

Get your Predatory Genes Adjusted
You don’t know how many predatory genes you have? You can always start with your starting point measurements