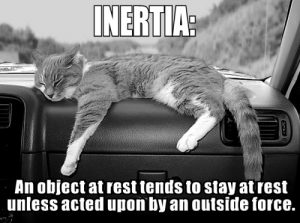 In this article we’ll deal with the aspect that a stationary object will stay stationary unless an outside force moves it.

So what? Right… not so fast.

Life is about movement, and not moving feels bad. Why? 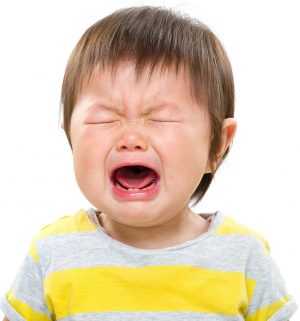 Because the soul, whatever that is, wants to move, and it’s nature is similar to a 2-year old, 3-year old, who pulls on your pants of on your skirt demanding attention, and when it doesn’t get it, it throws a tantrum, and if even that doesn’t help, it makes your life hell.

Every time you at least attempt to move, the misery lessens for a while…

Given the misery you experience, you’ll behave according to your base nature, you resist, you avoid, you look for ‘help’, you self-medicate, you cry bloody murder and hate the world and everyone who seems happier than you, you blame, you judge, you turn to healers, to fads, to fantasy b.s. and guess what? None of those do a lick of good: because you are still not moving.

And now we have gotten to the 64 thousand dollar question: what is holding you back here? What is the linchpin? 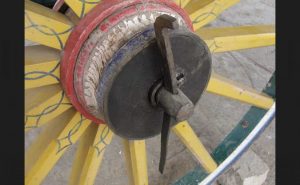 Linchpin is a simple and easy to remove pin. It is deceptively unimportant, but once you remove it, the whole construct disassembles… in your case, the ‘system’ can move…

Maybe it would be more accurate to say: a disparate heap of things that can’t move finally will be able to move once you put the linchpin to its place?

However it is, removing or adding the linchpin, in my experience a tiny shift in mindset is what is the blockage.

And no matter how many times you have participated in belief shifting exercises, treatments, courses, or even used my energies, unless this little and to you invisible pin size mindset issue disappears, you are not going to be able to move.

I got lucky recently… and then again on Sunday.

On May 8, during the first Saturday webinars, I accidentally said a sentence that landed with a satisfying click for one of my longest clients. Here is the sentence:

No matter how I feel, I am going to do the work that is required and on time and I will get the result I want.

I didn’t know it. I felt something but didn’t identify it as success… or even as a good thing.

I have always lived according to that sentence… so for me it was an of course… And then again, I was always a producer, all my life, even as a toddler…

And you really can’t teach what you never had to learn… so I had never said that sentence… I just watched in morbid curiosity as people capitulated to their feelings and ultimately did NOTHING.

But even that happy accident would have never made a difference, hadn’t I asked that same longtime student for a private call this past Sunday.

And during that call he told me that everything changed because of that sentence.

I would have never guessed.

I measure the percentage of ‘to what degree you consider your emotions reality’.

I am copying this from his previous starting point measurements report:

That same number is 10% for him today.

Will those same instructions do the same for you? 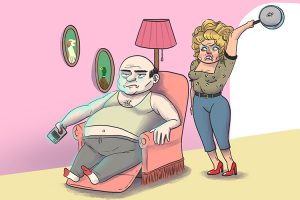 No… and yet, I consider that ‘statement’ or declaration a linchpin for a life of any achiever on any level… The lower that number gets, the more the person can achieve.

And here is another little piece, the same thing but ‘dressed in a different disguise’.

Another student of mine asked for her predatory genes to be adjusted.

Her soulcorrection is already forceful and resistant. And her main guidance had been how she felt. Threatened, confronted, limited, restricted… and her standard reaction to that would be to resist.

With the adjustment of her predatory genes from 10 to 3 weakened the forceful insistence of her emotions… and she was able to choose with her prefrontal cortex, her conscious self, to pursue what is important to her… and thus moved from ‘An object at rest stays at rest.‘ to ‘With no outside forces, a moving object will not stop.‘ 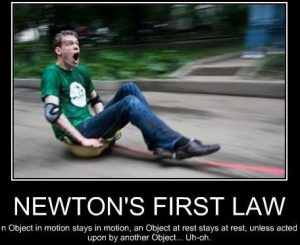 If she manages to grow 1%, one puny percent a week, she will double herself in a year. If she does that in the area of income: that is doubling the income potentially without doubling the expenses… so the money that stays in her pocket can be as much as four-five times more…

But it all begins with the willingness to move…

So what am I selling this article? I could sell a lot of things… but what would be the most potent with regards to your happiness, sense of aliveness and success?

If I could bottle that sentence, No matter how I feel, I am going to do the work that is required and on time and I will get the result I want. I would.

do I have an energy that can support you in that? yeah.

But I have a hunch that in addition to not have that capacity (yeah, it’s a capacity) you, I feel, also need a potent why, and/or a self-image that can move.

What is the energy that does this? 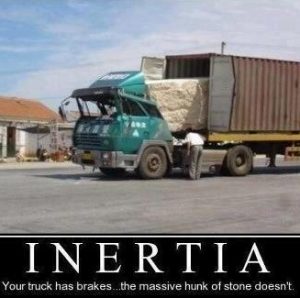 Surprisingly the energy that promotes what all the gurus say you should be able to do without a capacity, but they are mistaken.

The energy is the ‘Get into the present moment‘

Why is it so potent? Because the emotions all come from the past… projecting pain into the future. Or joy for some of you daydreaming types. And they conveniently avoid reality, which only exists in the present moment. With all its inconvenient elements of time, resources, skills, and such… ugh, right?

I have both types in my sphere, and both types are non-producers, campaign oriented, never do well people.

Does the energy of this avatar state audio work 100%?

yes… it does. You can resist it, ignore it, and then of course won’t do much for you. Or alternatively, like many before you, you can buy it, find the sounds annoying, and turn of the speaker… lol… not funny.

But if you are willing to play it, when it plays it works. When it is off, it doesn’t. It doesn’t change you permanently, it supports you when it is playing… like all the other avatar state activators.

Get the Get into the present activator
If you just want to sign up to the Vision And Purpose webinar, you can do it here

Get unstuck and start growing
With a new context, I bet, even a ‘scary’ spiritual practice can become exciting.