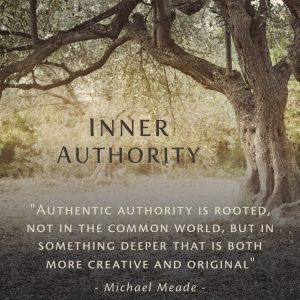 If it has a name, it is no longer a feeling…

I am a True Empath. What does it have to do with the price of tea in China? A whole lot. I feel feeling you have… you have the feelings, but you don’t feel it. You only feel what you said it means.

Empathy, the ordinary kind, is part of the human DNA. It can be overpowered by the predatory genes… making the human not experience it… not care, and a whole 30% of humanity doesn’t feel empathy, and doesn’t care for another’s plight, pain, misery or need.

And then there is empathy where the person feels what the other feels to the degree that they are merged, the feelings that the person themselves are not feeling keenly. The shared feeling is always physical, interpreted according to the empathic person’s own experience.

There are only physical feelings… emotions also felt physically, but they are frozen by the interpretation… the name the experiencer gives it.

The narrative. The story. The meaning. 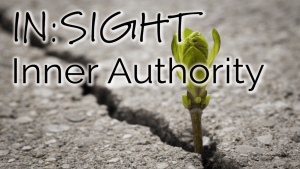 Emotional intelligence is having power in the face of the autonomous little voice that wants to run the show by interpreting every action, every feeling vocally. Not OVER the little voice, but in spite of the little voice.

Inner Authority is the ability and practice of tracking the feelings (physical!) in the body, including the ones that seem to signal a sixth sense, and decide to heed it or not.

The culture of homo sapiens

A ‘normal’ homo sapiens has, on average, no more than one percent experience of reality directly. And only those times of extreme danger.

Homo sapiens is a dead end of evolution: our hardware is designed for human being, the next evolutionary phase of human evolution. But in my experience there is no possibility of building a bridge… homo sapiens cannot be turned into human being, not even with enough training.

Can epigenetic shifts cause a bridge?

Yes and no. Epigenetic shifts can alter some of the homo sapiens missing DNA capacities to activate. If enough of them activate, the behavior, the thinking of the person can change substantially, at least in theory.

I have been at this for almost 40 years. I have gone through epigenetic shifts 30 times, and yet, I am not a human being… I am a homo sapiens with more capacities open than others.

One of the human being-like things I can teach, or at least I can attempt, is teaching you to feel your feelings as feelings, no words.

No-words simply means: you’ll be able to just feel the feeling and hear the interpretation, but they won’t be collapsed, won’t be merged.

Homo sapiens design is to feel something from words that have nothing to do with reality. I can scare the bejesus out of you with just words… while there is nothing scary in reality, and you won’t see it. You’ll actually see what I say… and honor it as reality.

This is the reason that fake news, doomsayers, cult leaders, politicians, religions can have sway over you: you are out of touch with your feelings, and moreover you override them with what you hear or read.

This is why as a marketer I see that marketers are trained in being like a politician… influence you at will. And when you say: I know that… The famous ‘Influence’ book by Cialdini, the many NLP courses have already said that… no, you never actually got truly or you wouldn’t be here, to what degree you can abuse, use, and lord over your hapless prey. 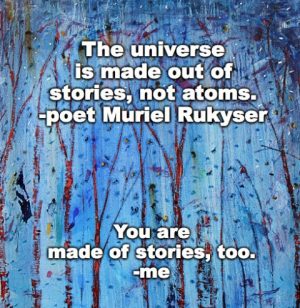 Because homo sapiens, innately, cannot separate truth from fiction, guiding feeling and manipulated ’emotions’ from each other, and even if and when they can, they collapse them and consider them a unit.

The best book I have read about it is ‘Making them believe‘ by Dan Kennedy and Chip Kessler. Fascinating and cringeworthy story.

Homo sapiens cannot see consciously what they see: homo sapiens does it with words. Same with any and all perception organs, including the sixth sense…

The trouble is not that there are words

The trouble is not that there are words, the trouble is that the words replace the thing you perceive, and from that point on you don’t actually see the thing without the words that arise with it. Arise I say, because you don’t consciously say that, it’s the little autonomous voice that says that.

Krishnamurti didn’t know about the little voice, or he did, he didn’t get that the job is to keep the perception and the words separate so new words can arise.

When you experience something and it is continuous, like pain, like a vista, like a sound, you can be sure that the words replaced the thing you first experienced. It got stuck like the gramophone’s needle…

The nature of reality is constant change

The nature of reality is constant change. So if you feel something, like sadness, or grief, or shame or anger… and it is not moving, it is stuck… you lost touch with the feeling and now you feel the word-induced feelings, not the guiding feeling.

To the degree you can arrest those words to turn into stuck emotions in your body, to the same degree you’ll have emotional intelligence, and be able to use the feelings for guidance.

Some people, this is also cultural, think that the guidance feelings are only yes/no, much like muscletesting.

No, guidance is way richer than just yes/no… Yes/no questions come from the mind already, and are impoverished, and deal not with reality, but the shadow of reality, the interpretations.

Guidance reduced to those yes/no answers is useless in my humble opinion.

Just like the muscle testing of so-called experts… they are asking mind-questions… and will get mind-answers… the shadow world’s answers.

So, if you have been listening closely, I advocate feeling everything, at least when you intend to, and have no question in your mind… just feel… intimately. The guidance will arise from that. And more often than not, it won’t be a yes/no guidance.

It will be a what, when, why, how guidance

It will be a what, when, why, how guidance… which is a whole lot more useful than getting a yes/no answer that comes from being cocksure that that is the thing to ask.

Cocksure I said and I meant it. Stupid as the stupid does.

In the Getting Guidance from the Future Self course I ran last year and early this year, every participant asked that type of cocksure question. Poor future self would have had no choice than answer yes or no. The question left no room for how, what, why and when.

So I stepped in and translated what Future Self would want you to do… and the results, for the most part, were spectacular.

But, of course, everybody slipped back to their mind-controlled previous state… and all the spectacular results were lost again.

Without having your own internal GPS system

Without having your own internal GPS system, your results are going to be a flash in the pan… not lasting. On one time thing… Yesterday’s breakthrough is today’s arrogance.

I really learned through that course that unless YOU have the power, anything I do, anything say, anything I suggest is next to worthless.

So this is why I am embarking on teaching you to feel your feelings, so you can have your own Inner Authority, and you won’t have to borrow it from others.

PS: I just hung up with a private client… She wrote to me in an email report: ‘Still feeling really good about this’

That ‘still’ alerted me to what is going to happen: at some point she is going to not feel as good about this… and she will quit.

So we had a session to establish how her Inner Authority can keep her strait and doing what she ‘still’ feels good about… her future.

Inner Authority is very practical thing that you can use to achieve things, to keep yourself strait and in action, to pursue what is hard… maybe… and much much more.

You know he will when he says: ‘I reckon I have no reason to kill anyone’ but the moment he does… the reason makes him kill again.

This coming Saturday I’ll have two meditative training sessions where I’ll endeavor to put you in touch with your feelings… the feelings that have no words… and are always guiding feelings.