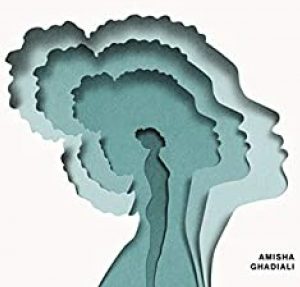 Surprisingly the difference between homo sapiens and human being is in one and only one thing… and it is not a yes/no issue, nor a succeed or fail issue, it is a question of degrees.

How someone answers and then executes the answer to this question will depend on one and one one thing. Here is the question: Life itself is empty and meaning-free… What are you going to fill it with? 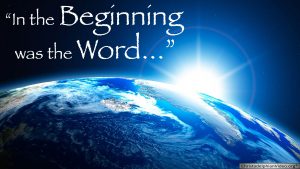 One of the characteristics of homo sapiens is the inability and unwillingness to be in silence… inside and outside.

They are attention and excitement seekers. Can’t fathom, can’t even tolerate the idea of pruning, discarding, thinning, eliminating, doing away with… no. It is all hoarding.

Fixing instead of eliminating the source of the trouble.

Praying for rescue, praying for messiah, praying for the ‘avatar’ to save them. Dreaming of conquering other planets, instead of taking care of the one you live on.

I am also a homo sapiens, so I experience at least some of what I am talking about… and I used to be wagged like a dog wagged by the tail by them.

Anything that starts out with plenty will remain plenty of stuff to manage… but no freedom, no creativity, no enjoyment.

We all read about successful entrepreneurs: almost all of them went through bankruptcy, one or several.

You have to hit bottom, get to nothing and no thing to build something with Word that has a chance to last.

But, of course, being self-directed, self-managing in that is about as rare as a Houdini… a Michelangelo, a Leonardo Da Vinci.

Occasionally, in private coaching, I try to coax clients to intentionally hit bottom, instead of flailing.

Flailing is keeping up the appearance of functioning, of not having quit, of business as usual. 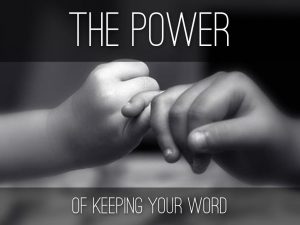 But it is not helping, and it is not possible to build something while you flail.

It seems that hope is part of flailing.

Judging from the student’s behavior of the past eight or so years, hope is like waiting for Godot.

Waiting for Godot was a nihilist play by Samuel Beckett. I saw it in Hungary. I was about 17 years old. It made no sense, and yet it was keeping me glued to my seat. I felt it was significant and I felt that it was depressing.

It accurately expresses the human condition of waiting for, hoping for… being an effect not a cause.

The significance of the title rests on the situational irony that the wait for Godot is entirely trifling. Yet, the collateral dynamics that result from this abortive task are as illogical as the wait itself. Within an existentialist context, the wait is symbolic of human reality.

The subject of Waiting for Godot is not ‘Godot’, but waiting, the act of waiting as an essential and characteristic aspect of human condition and in the play ‘Godot’ simply represents the object of our waiting. … In other words, waiting for ‘Godot’ means waiting for something to turn up which does not really turn up.

Waiting for something or someone to give you what you need, courage, meaning, happiness.

Humans got language. Language’s nature is that it creates… But the way homo sapiens uses language is illustrated nicely watching old people drive: they own a powerful vehicle, but they drive at 15-20 miles an hour… they, like humanity, don’t take full advantage of the power they have.

Language, used as a tool of creation is very powerful. 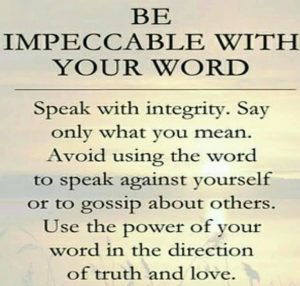 Its power comes from integrity… and therein lies the issue.

Humanity’s collective integrity is less than 1 on a scale of 1-100.

Integrity, in its essence, is constituting yourself as your word.

Not morality, not someone else’s word, but your word.

It is a ‘who am I?’ issue… and as long as you are looking outside of yourself for the answer, you have NO integrity, and you have no use for language. Your life will be filled with stuff from outside, and will borrow meaning from the outside: you have no Self and you are an empty shell.

The mind, others provide the ‘meaning’… as a running commentary, or narrative as it is called fashionably nowadays.

It is entirely in other people’s hand… and to the degree that you are ignorant to the fact that life is empty and meaningless unless YOU say and YOU do, you are a puppet on a string…

I happen to know a few who aim for world dominance, And with humanity waiting to be filled, they are likely to succeed. Succeed because they use their language, their words to create worlds.

You, the rest of those few will be second-handers, repeat what you heard, and will give over control to those with the power of word.

It is curious that it is easier to build a world that is bad for everyone… Even though Werner Erhard was a 30 in world-building, in creating meaning and content. 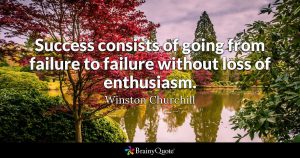 …you first need to sever your affinity to ideas and ‘narratives’ that are filling that emptiness in reality.

And you need to invent you word as yourself and then do what it takes to make it take shape in the physical reality.

I said ‘do what it takes’, and I meant it… even if it takes years of diligent faithful practice, like it has for me.

If you are one of those magical thinking people who bought into attraction and such happy horsesh!t, you will have to get back to empty and meaningless… mother, god, Godot, the Universe is not coming to do your work for you. Only you can do it.

…and I am sitting at the bottom trying to make sense of what is so. I am looking around and see what I could declare myself as, to what direction I could kick myself off into… to live a life not in hope but in effective action: actions that produce the results I intend…

In the meantime, I admit defeat.

Not the first time, and probably not the last time.

Can I have a great life in spite of having failed? Having failed at taking homo sapiens to human being?

Your life is the size of the projects you take on… whether you succeed or not.

Take on… not think about. Not contemplate.

Churchill said it best: success if going from failure to failure without loss of enthusiasm.

Not winning the lottery, being installed as owner in a company you didn’t create, or waiting for Godot.

Your number one job to take on if you ever want to live a meaningful and rich life is to create and strengthen your ability to create your self with word. and then consider that integrity, consider that your key to the kingdom.

Create your Self, create yourself. With word.

Want to learn how to do it?

In the meantime… Strengthen your ability to function well with the feelings you have… and use them for guidance if you will.

It will increase your TLB… your mental toughness, so you can be less sissy…
It can dissolve blockages in your system that cause you to be ill, sluggish, hurt, and maybe even lazy.

You’ll get a sense of how receptive you are to energies, you’ll get proof that every feeling/emotion is a certain energy, and you’ll see how well you can tolerate painful energies for a few minutes.

And if you feel that you are receptive, then the Heaven on Earth, both the bottled version and the audio version can make a major difference for you, and your life. In your physical and emotional health.

Maybe even get you to emotional maturity…

The workshop is in the middle of the workday… so if you can’t make it, you can watch the recording…

Register in the last meditation webinar
That webinar, of course, is now done… but you are not out of luck.

and into a wider reality, where you can actually see and make choices independent of the past. Where you can start your journey to human beingness.

I priced it under $10 so everyone can do it.

I have invented a method that can take you out of there, and finally get you moving, daring, risking… so you can be alive, feel alive.

Get out of the right/wrong paradigm