Karl Marx, the author of Communist Manifesto and the whole ideology of socialism and communism, where there is forced equality, said:

Religion is the sigh of the oppressed creature, the heart of a heartless world, and the soul of soulless conditions. It is the opium of the people

Religion was constructed by people to calm uncertainty over their role in the universe and in society.

I can see that. 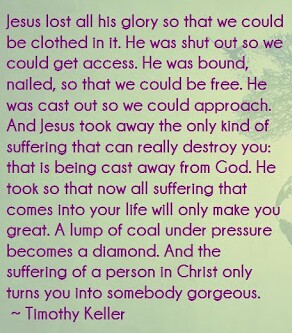 With that said… when religion proved to be unreliable, because the deity or deities didn’t behave the way they were expected, allowed entire races to be wiped out, people constructed other kinds of beliefs that their role was to make people feel more powerful over the universe, fate, and other people.

Religion (to my knowledge) never promised individual power, and individual gain, instead it promised protection. There arose this new ‘belief’ constructed carefully to sedate the masses, began to raise its decorated ugly head around the turn of the century between the 19th and the 20th century, in the United States. 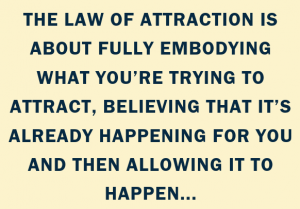 This new constructed belief’s most important tenets were that you control your destiny, you can create your reality with thought, words, and that is all you need. Words. No action is needed.

Thereafter came a derivative of that, the so-called law of attraction, the idea that you can attract what you want to you without ever doing anything for it. Again: no action is needed.

And came, a little bit later, the idea that you can fake it till you make it, meaning that if you fake being rich and powerful long enou 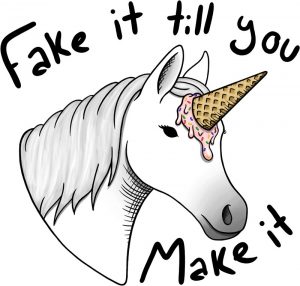 gh, all the components of your riches and power, money and power over people will come to you.

Of course this is where the Kabbalistic theory of the birth of humanity shines best: the souls of humanity come from the original Vessel that was created to be a passive vessel of all the goods that can be gotten… so humanity or the 70% of all of humanity that believe in this newfangled belief is now the stupid part of humanity.

They don’t even want to interfere with the ‘law of attraction’… they will not be seen doing anything towards what they want.

Stupid as the stupid does. How does it feel to be stupid?

I wield powerful energies, and these believers are attracted to me (and to other energy practitioners, whether they have real energies or not)… like moth to light. And I have nothing to give them. But that doesn’t change their belief that I do.

Belief is an interesting ‘animal’… it trumps over facts any time. It is like a dog that shakes the water out of its pelt… water? gone. Reality? gone. Facts? gone.

If you go back to Marx, what he says about religion, you see that in fact maybe he was accurate: it is the sigh of relief of the oppressed creature, a liberator of sorts, a liberator from the harsh realities of life. Now, if you believe, you don’t have to be responsible for your actions, or your inaction. Some god will take care of you. You can remain a child, intellectually, emotionally, and it is OK.

But it is stupid, nevertheless.

The joke that illuminates this condition best is the one about the flood, where this dude sits on the roof of his house. People come to rescue him but he insists that god will come and save him. A motor boat comes and he refuses: god will save me. A helicopter comes and offers to rescue him, but he refuses… and eventually, of course, he drowns. In ‘heaven’ he complains to god that he didn’t save him. But god says: I sent you boats, a helicopter… did you expect me to personally fly down and pick you up? Really? Stupid as the stupid does.

If you look: all law of attraction, fake it till you make it people think that way… will not move a finger to ‘save themselves’ because… because…

Of course I am not one of them, and I can’t see the reason. I can’t think of any good reason.

But I ponder it a lot.

The other day, was it Tuesday? in a group call we looked what it is that ‘believers’ try to avoid because it would be, in their mind, worse that dying.

And interestingly we saw that actually having to work, to produce, to put out, to accomplish, for these people, for the 70% of humanity!, feels worse than having nothing.

Beliefs are like cancer, they take residence in your being, and if anyone wants to pull it out: with its long tentacles, it feels like they are pulling your essence, your soul out, leaving a shell only…

Any belief… not just this worldview belief of the ‘I don’t have to do anything to get what I want’.

Lots of shysters offer to rid you of ‘negative’ beliefs, but they are lying, because you won’t let them… they’d have to kill you first!

Can you yourself get rid of a belief? Yes, you can.

If and when you see what it cost you to have the belief, you get the first glimpse and the first infusion of energy to get rid of the belief.

The second step, and it’s a process, is to set up regular, consistent actions that fly in the face of the belief, starting with tiny actions, and making them bigger as your strength grows.

Source says: there is no other way.

In one of the earliest episodes of Avatar Korra, he is on the battlefield of the pro benders, and the only way he can win if he gracefully dances out of the way of the incoming fire, rocks and water… like a leaf.

His belief had been that he can’t be that way was driven out by the actual need and successful action of actually being like a leaf, dancing out of the way of harm.

The two avatar series, the Last Airbender, and the Legend of Korra are a very useful learning tools. For example: watch as an avatar has to work hard and long to learn new ways of being and actions that are hardcoded in their DNA… like talent.

And then practice them relentlessly.

A person staying with their belief is like a lump of coal… To become a diamond you have to do hard hard hard things… no other way. 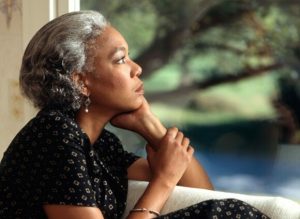 Reality is a bitch… unforgiving.

So how can I help you with this?

I have some energies that are designed to wake you up out of this somnambulant existence by waking up your consciousness.

It’s called ‘the Big Bundle’ because originally it was a bundle of three energies. Now it is a single energy, perfect match to what you need it for: to wake up your consciousness so you can start behaving and acting in life as a conscious human… not as a puppet.

It also wakes up the brain to the state of your body… but in this article I am concerning myself only with the cancer that is your beliefs.

To read more about the Big Bundle, click the button below

2 thoughts on “Are you a lump of coal dreaming itself a diamond?”