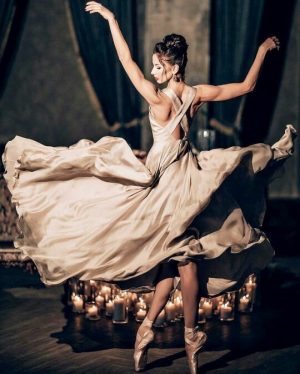 Yesterday I was on a zoom training with a known videographer.

He gave an assignment to us, participants, to make a five-minute ‘confession video’ of why we do what we do, being vulnerable, authentic, and firm in the declaration of the intention for what we do.

Each their own… not as a group.

The call was in the evening, so I spent all my dreams pondering where was the point where I became who I am today… and what furnace did I come through to be that…

I participated in Landmark (formerly est training) for 26 years when I first decided that maybe it is my job to take Landmark’s teaching further.

I had offered myself to Landmark and was rejected several times. They needed straight delivery people, not thinkers. In spite of the rejections I never lost the confidence that I have what it takes to take Landmark’s work further, make it more accessible and more implementable, so it could make more difference in people’s results and sense of self. 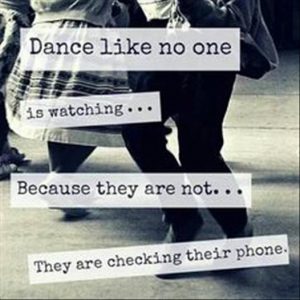 When I first (1983) signed up to do a course with the then Werner Erhard and Associates, I canceled a day later. Then two years later, by then I was at the lowest point in my life. I took the course to decide to live or not to live. It was that bad.

I lived in Israel, and things didn’t go well for me. A friend just hung herself. And I didn’t see a future better than hers for myself.

I was working on a city plan (as an architect) that was going to make a lot of people very wealthy, but I had no money to invest, not mentioning the fact that it would have been unethical… but I wanted to do it. I felt trapped between greed and decency.

During that course I got a glimpse of my dark side, I saw how I caused and perpetuated my victimhood… It was cathartic to see that. I left Israel three weeks later and went to New York… but, as it turns out, having a cathartic experience isn’t enough to become successful or even to change.

It started to dawn on me that something was missing in Landmark’s work… something that would make sure that the experiences actually translated to real life… and results. After all without results it is just mind candy. Good candy, but candy.

I created companies, worked hard, but was still unhappy…

I coached people, anyone who was willing to be coached, I even had a group in training in my methods, I had a partner I talked to several times a week… until one day doing the ‘Juice Exercise’ I had an epiphany: I did certain things in life that doing them was like poetry. 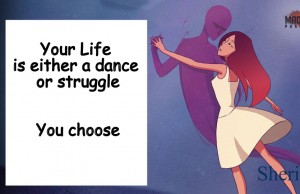 But other things I did were prose… and not even enjoyable prose. I labored, efforted, and life was no fun.

And then, in that exercise I saw that I could bring the divine to everything.

Divine as in ‘beyond the visible, beyond the known, sacred’

And unbeknownst to me then I created the methodology I have been living ever since.

I teach and live from the invisible reality, the invisible dynamic, that unless it is known and distinguished we feel like leaves thrown about on a lake… no motive power, no way to change our destiny, our direction, our fate.

After that declaration, I kept my third eye open and expected and received wisdom, guidance, joy, from the beyond, from the reality that is beyond our normal understanding of reality.

I started to shed my dark side, greed, arrogance, pride, neediness. I started to do work I enjoyed that made me a living. And started to live my life as a bridge between the visible and the invisible… 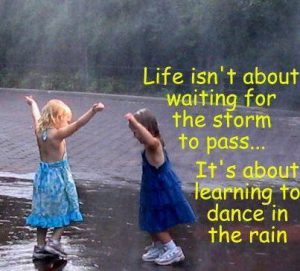 I started to feel important, essential, needed, and therefore I stopped contemplating if I should live or not.

26 years of Landmark didn’t do it, but a few years being immersed in the invisible reality did it. It also raised my vibration, added 40 new spiritual DNA capacities to work with, raised my useful IQ 40 points, gave me access to 196 energies… so yeah, riches galore… which went where it was important to me… which wasn’t money, maybe, ever.

That doesn’t mean that if money is the most important thing to you you won’t be able to make tons of it… But I may not be the right teacher for you if that is the case. Tons of money with no management of the invisible dynamics is misery…

With the invisible dynamics I managed to dig myself out of the hole and rose my vibration to where it is at (high).

Even as an empath managed to bring more of the invisible dynamics into conscious awareness. I became a True Empath. 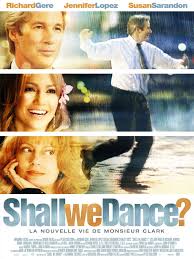 This, my empath ability is the basis for my Inner Authority course: when I can cause you to feel what has been invisible or mislabeled by you can become just a guidance feeling. A feeling you can start feeling and consider guidance. And using that guidance do what I did: raise your vibration, become more sure-footed in life, make better decisions, and be a whole lot happier with yourself and with your life.

How do I do it? What is the methodology?

I have access to 47 exact, precise feeling energies (Bach Energies) that normally have an emotional component. And I can, at will, cause you to feel it and ask you to not add the words that would make it an emotion.

All emotions come from words… not from the physical sensation.

I transmit the energy (all feelings are energies). You feel it even if I have to transmit it several time because you are not good at feelings…  and then we discuss it, learn the guidance, and you can practice feeling the feeling at home, because I can record the feeling-energy for you.

You won’t become an empath. You are born an empath. You will feel your own feelings, and learn to use them as guidance, not as what you have been… an emotion, a reason to run, escape, get angry, or blame others.

I will also make sure that we’ll do a refresher of the main invisible dynamics, how reality is stored, distorted, in your mind, how the past is instantly put into the future, how your ITCH is based on wanting presenting as needs, how you made up sh!t as a kid and collected evidence that it should be true about yourself, about others, about the world.

It’s a big course, comprehensive so if you do the work assigned, you can come out on the other end as a whole more mature, more productive, happier person.

If the Inner Authority is for you, click here