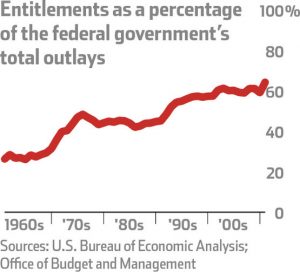 Ernest Hemingway once wrote a story on a restaurant napkin In Key West, a story in six words.

He could have written about all humans, about my students… who are just like those baby shoes; unfulfilled dreams… unfulfilled potential.

I just finished my ‘Distinctions’ podcast call that today was all about entitlement.

The podcast is the recording of a weekly (Friday) conversation between a student of mine and myself.  I designed it to go deep in some areas of life, an invisible dynamic…

Entitlement is invisible in ourselves… 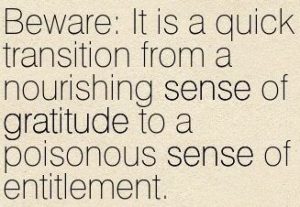 Entitlement is invisible for the entitled

Entitlement is so invisible in ourselves, that most people would say they are not entitled… but entitlement can be measured… mine is 10%. The average entitlement, a worldview, in the United States is 60%. In France… a different ideology the country is based in, is 10%. Israel: 7%. Germany: 60%. South Korea: 10%. Hungary: 70%. 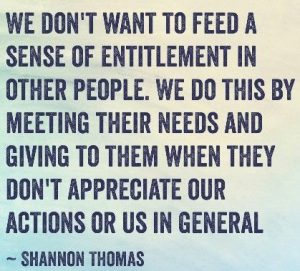 In the Friday call I was also looking at how effectively a person lives, given their worldview.

So in the United states the fastest way to a better life, a better brain, a better everything is to remove the ideology that causes one to waste their lives… whereas in a country like Israel, the path to a better life is doing more.

I personally waste 30% of my life, so for me doing less wasteful things and more productive things would be the path.

One of the ways a person I know wastes 90% of her time and energy is setting harsh rules: I will only do something useful if I have a big block of time. And that ‘rule’ results in her never reviewing any of my courses, never re-listening to any of the calls… and thus she ends up with only 1% of what she could get, what there is to gain from any of my programs.

Most worldviews are never examined. They are the soil from which everything grows. Much like the floor: people re-arrange the furniture unaware that the floor needs to be changed if life to be changed. 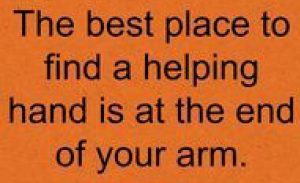 Rare is the person who can see beyond the one-way mirror separating the different paradigms… How rare? About 400 people on the whole planet actually look… Seeing, the Sight capacity is activated by looking. More, further, deeper, wider, beyond.

And this includes everyone in every area of life… even when someone can see somewhat beyond… they don’t see the real invisible dynamics… just some of the symptoms, really.

People who participate in my courses get a chance to become one of the 400… but given their level of entitlement, given their worldview, given how little time and energy they invest to master the material, they don’t… 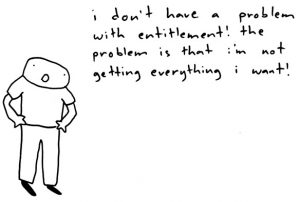 They come to a session… and that’s it. If they reviewed it then they would get 10%, while just being at the session gives them 1%.

Imagine doing size dependent things with just 1%… would you be disqualified? Hell yeah…

Certain religions, certain ideology whip up the otherwise innate entitlement of people to feverish pitch… and result in people just waiting for their rightful due to come to them… Manifest in front of their very eyes. After all you are a child of god… so… of course... 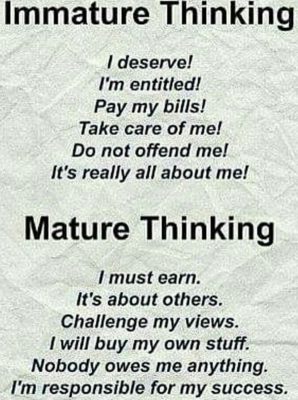 In reality what you ‘get’ is what you negotiate for, what you work for, or what others allow you to have.

Because reality isn’t based on deserving, or human rights, or any of it. You deserve nothing… Not a thing. Nothing is due to you…

But, I say, ultimately that is the reality you want to live in. Why? Because that is what is real. Because when you expect more then you will live in bitter disappointment, and that is everybody, not just some of us. And because that is the reality that also gives you the most pleasure because using all you got is pleasurable. I live in that reality 90%, and I am happier for it.

Do I get everything I can imagine I could have? Not at all. But I know that if I wanted it enough to work for it, I could have it and so can you.

I have been poor all my life, and apart from the occasional shame I feel, I have had everything I was willing to work for. But I was more interested in the inner stuff… and I had THAT in spades. The outer stuff, possessions? I don’t really care to have.

Of course the Inner Authority course could be your ticket to astuteness, clarity, and seeing… But I predict people will do that course the way they do everything. They get wet in a rain and then dry off… nothing left of the immense wisdom that is available.

If you ever wondered why I price my courses so low, here is your answer.

And that is how I price my courses… the value: priceless. Based on most people’s track record: 100 times of what I charge.

If there were just one person who is willing to invest themselves… it would be really the best gift to me… I am allowed to dream, am I not?

Anyway, if you think you are the one… here is the link to sign up.

Let’s see what you are made of… because we will.

These genes allow the parent to take care of the baby, the toddler, and the child will allow them. Allow them to tell them how the world works, and what is what. The entitlement genes keep their brain it theta mode, and they absorb everything like a sponge.

But at some point, these entitlement genes need to turn off, and the child needs to learn to use their own brain to evaluate the incoming information. And to start pulling their own weight.

When these entitlement genes don’t turn off the child never learns to use their critical faculties. Never learns to think for themselves. They will depend on other people for everything, like an invalid.

And to my dismay, if and when I turn the entitlement genes off for them, the habitual way of being dependent on others remains, the initiative never awakens, and they never become adults.

When I really look, this is the biggest barrier that people can’t even see… so they never take the initiative to climb over, and learn critical thinking, thinking for themselves. They resign themselves to having thoughts someone else has given them.