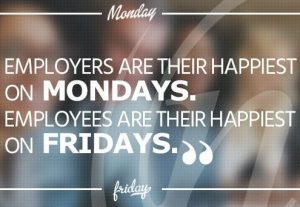 Is it dyslexia that makes these entrepreneurs successful, or is it the strategy they developed to manage and overcome the effects of dyslexia?

There are disproportionately more dyslexic entrepreneurs than in the rest of society? Society: 5-20%. Entrepreneurs: 35%

It’s not an accident.

I have dyslexia. My younger brother has dyslexia. He is six years younger than me. we are as different as two people can be. I am a risk taker, he isn’t. I am an entrepreneur. He isn’t. I read a lot, he doesn’t. I am a loner, he is a family man. 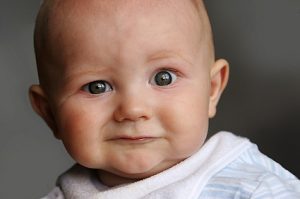 I have always seen the world differently… and was called amoral, stupid, fearless, weird, and people, including my mother looked at me with puzzlement on their faces… like WTF?

So one reason could be is that dyslexics don’t fit in and they don’t want to.

Fitting in, being accepted makes one want to be like everyone else, trying to lower oneself to the level of what others find acceptable… which is to be even less than them.

Students of mine who want to fit in, play below their level of capacities… and it is not conducive to taking risks, becoming a leader, doing something big… 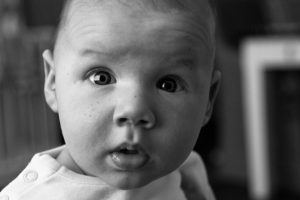 The dyslexic brain is different in unpredictable ways, they see the world differently.

So I have developed the habit of self-correction without self-recrimination on one hand, and looking twice before I leap on the other.

But maybe even more important: I develop steps that are tentative… so the seeing errors are discovered early before they become fatal.

I consider everything an experiment, to test out the steps, and I look keenly at the consequences of the actions, that non-dyslexics don’t do.

You can see just from these few attitudinal differences that a standard-brained person would never really consider.

Are these attitudes and behaviors limited to dyslexic people? Not at all. Also not all dyslexics develop these habits, or we would live in a world ruled by dyslexics…

I have a client who is dyslexic but behaves exactly like a non-dyslexic, wants to be liked, wants agreement, isn’t willing to look… so no. Not every dyslexic will rise to the top of the heap.

But instead every person needs do develop these habit if they want to go far in life. 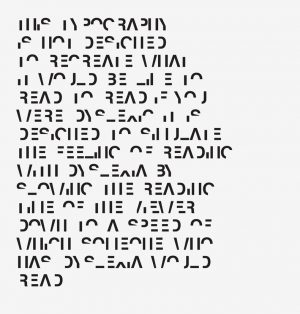 Back some 34 years ago when I first did the Forum, today it is called The Landmark Forum, the forum leader came into the auditorium screaming from the top of his lungs: ‘For you everything it the same as everything else, except that not always‘

What he said is that the majority of the people in the world never look and accurately identify, discern, what is in front of them, they can’t see the difference between different things, and they act as if they were the same.

And that is the biggest issue with people…

In The Advanced Course the leader expressed the same thing differently: ‘You can’t tell your ass from a hole in the ground‘

To be an entrepreneur where your mistakes cost you an arm and a leg, you can’t afford to be like most people… you need to become discerning.

My feeling is that percentage of dyslexics in the number of people who start a business is actually lower than their percentage in the general population, but they last longer, go higher, because they know that they can’t see accurately without additional looking, without thinking, without experimenting, without taking it a small step at a time.

If you don’t have dyslexia, learn from the dyslexics… Learn that for you everything is the same as everything else, except that not always… and you don’t even look to tell your ass apart from a hole in the ground.

The coaches and teachers I stick with have the dyslexic habit of discerning, at least in some areas of life, where it matters most for business success. 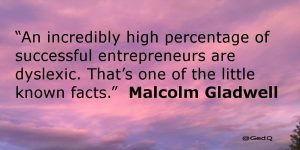 Discerning is not an adjective, it is a verb (in my not so humble opinion).

It is an action coming from the attitude of there are signs whether you are looking at your ass or a hole in the ground… so they look.

Discerning also means that when you make a wrong step, you notice it… most people decide what they were going to do and put on the blinders… never look again.

Discerning also means that you can tell a mistake from being stupid, from ‘I’ll never succeed’, and other fatalistic fixed mindset sh!t.

Discerning also means that you know that the surface can be gold, but deeper in it can be tin… so you look deeper before you continue a step… you test the deeper regions… It is almost always possible.

You see, discerning needs you to act like a dyslexic.

It is hard. It is difficult. The ground is treacherous… That is why you may want to have a mentor… so they catch it when you are about to take a misstep… catch you before you wreck yourself. 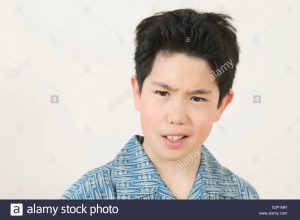 One of the areas where catching a misstep prevents deadly… is in the area of your lifescript.

Your lifescript is a particular way to make mistakes that come from should or shouldn’t in your early decision about yourself and about life. Those mistakes try to avoid your doom… but at the same time you are tied to that doom… fearing it.

In essence you are circling the drain… and your life is about avoiding it.

But when you are trying to avoid something you gave it power, you are not anchored to it.

In my upcoming 3-prong program I energetically pull your anchor to your doom. Then we’ll endeavor to change who you are for yourself… and then embark on some practices to keep these and cement these so you can ‘swim away’ from your doom and produce what you have been wanting to produce from your life.

What does it have to do with dyslexia? Not much. Dyslexics are better at it.

I am dyslexic but until I did what I provide in the 3-prong program I wasn’t very happy (meaning I was miserable).

As a true dyslexic, I don’t have a set plan, an outline to any of the courses I create. EVER.

Why? because a dyslexic allows the participants’ need and the reactions to what she says to shape the path.

So I don’t have a sales letter… but I know what I want to accomplish.

I know that there is a need for one maybe two live calls in the beginning to establish the first two prongs… and five recorded sessions of the Soaring Method. There may be need to have ‘hub’ calls… where questions that arose in the interim can be answered. And there is a need to interact with people in the behavior modification module, so they get feedback, encouragement, and support.

I have, so far, priced the program to pay for just one live call… And I am probably going to bring the price up to the correct price gradually… so people who take the plunge early will pay less. As always.

If you have done the Soaring Method live, and you haven’t had the results you hoped you’d get, please sign up again… and do the first session again with the new group. Repetition is the mother of learning.

There is no sales letter. You can search my site on ‘anchor to doom’, and ‘soaring method’, to learn more. I don’t know if I even want to make a sales letter. If you need to be sold, then maybe you shouldn’t buy.

Because this is so important to me, I am willing to have a class even if there are only two people… and therefore I’ll have several first session dates, some on weeknights, some on Sundays to match time zones.

You can sign up, and if it is needed, I’ll create a session for your timezone… Anything to prove this method works… or to prove that it isn’t enough. As any self-respecting dyslexic would.