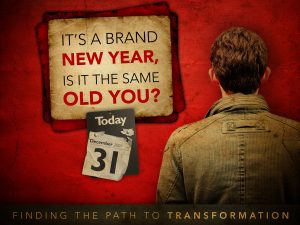 I woke up this morning. I said the date, out loud, in Hungarian (my last dream before waking up was in Hungarian) and the sound of the words took me to a soul-searching.

I said (in Hungarian), Happy New Year Miss Benshitta… and it hit me, that I would be an old maid, a spinster in Hungary… ugh… would it have forced me to get married and become swallowed up by another’s life?

I would be unfulfilled, and probably dead.

One of the last things I did in Hungary before I left was establishing and organizing the Hungarian chapter of Servas, and international traveling organization.

The members offer friendship, accommodation, and being part of a family for a few days while they travel.

I had lots of Servas travelers stay with me, in spite of the small size of my apartment. I drove them around, showed them what they could not see, and it was a lot of fun.

I also traveled with Servas, and stayed with countless hosts in Germany, Austria, The Netherlands, England, and Scotland.

Organizing the opportunity for people to meet, just slightly out of the ordinary behavior, got me into trouble, and got the government to pull my passport. My response to that was to leave Hungary for good.

You can’t see ahead on the path, you can only see the next step to take

Had I stayed in Hungary I probably would not have been able to do all the things that got me where I am today, being able to work with people on what is the truth about all the lies we have been fed.

The life that can cause you to expand the most is full of wrong turns, bad experiences, where you need to become more, to pull yourself out of the ditch you walked into.

There is a distinction here that I’d like to teach you:

The mind, society, gurus, are teaching you the stuff you learn, so you know it. Just in case you need it down the line…

What you really need is the stuff you need to know exactly at that moment, so you can create the next moment from it being now in the right direction: up.

I’ll give you an examples from my life:

They were teaching, instead, “in case you already got through the hump…” stuff, useless to me.

Now, you could easily say that I was stupid, and no one can help a stupid person, and you may be right. But, maybe, just maybe, if you are not moving in the right direction, if you don’t enjoy your life, if you think you should be always up, always happy, etc. then you also have a basic stumbling block, that unless someone doesn’t say “Oh, he/she is stupid, no one can help them” you will be stuck forever.

I believe that “someone” is me, because

Now, if you are still in the learning mode of “just in case I need it” we may not have anything to do with each other: you are not ready.

But when the inner pressure, the tension between your soul and your mind becomes near unbearable, then you’ll know where to go.

I love the joke where the guy takes his car to a mechanic. The mechanic turns the car on, listens to it coughing and sneezing, opens the hood, takes out a hammer and hits something under the hood and you can hear that the car suddenly running smoothly.

Another mechanic would have taken the car apart, spent days with it, and maybe or maybe not find the cause of the problem. Just like it happened to my truck back in New Jersey: after they spent a week and 2400 dollars on it, I took it to its first trip only to have the engine block crack after about 20 miles…

You want the kind of mechanic with the one hit with the hammer… hit the right spot. Don’t you? I wish I had a life mechanic like that. For my health, my digestion, my weight, my success… yeah, that’s the type of mechanic I need… I wish there were any to be found…

My chiropractor friend comes to mind who had a car accident some 18 months ago. Since then he had two operations, and hundreds of hours of massage, and injecting into his hand, and light therapy, and acupuncture… and his hand is still hurting.

I bet he would not mind paying five hundred dollars for the hammer hit… would you agree?

In matters energetic, in matters emotions, in matters of inner tension, in matters that can be felt, I am unbeatable. My problem is the hammer: the hammer is in YOUR hand. I find the problem, and you need to act on the new knowledge.

That’s how it works in “real life”. No one can fix you, or your life but you. I can only point you to the right direction… while I make you stronger, free-er with my energetic tools. But the rest, my friend, is really your job.

I know this is becoming a long article… what’s the point?

It is your mind that asks that question… the mind that wants answers without having to see anything new.

If you can see the point, then you have enough freedom from the mind to become my student. How is that for an answer?

In the meantime: Happy New Year.

Don’t hesitate to sign up to the Carrot and Stick webinar: one registration gives you access to all the webinars. There we’ll explore the different ways that might work to keep you on target and become a truly Expanding Human Being, doing the things you are now not doing.

Money, health, relationships… it doesn’t matter where you want a change and not working towards it. Bring it to the calls and let’s experiment.

If you didn’t see the point in this article, you are not ready.

The original article was published January 1, 2004

4 thoughts on “Are you filling your head with ‘just in case’ knowledge while your life is waiting for you to know what to do?”