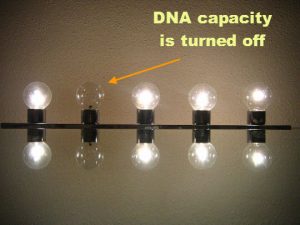 I offered free gene tree testing in yesterday’s article to people I already know. A lot of people resonated with the misbehaving genes, and wanted to know if their lives are not working, if they are not very happy and successful because of those misbehaving genes.

So I was testing that…  Your DNA tree. The genes that should turn on or turn off on their own, but they they didn’t.

When you don’t have that permission it feels like a fear… And it condemns you to a small life with no discovery, no exploration, no adventure, no growth. In another word: it keeps you stuck in smallness. We could even call that puny. 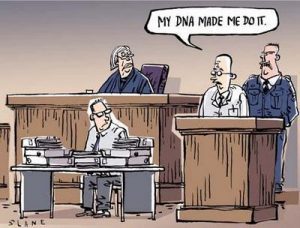 You can also observe these genes in the animal kingdom… the two baby-genes that I could also call entitlement genes, or the Matrix genes need to turn off, so the animal can stop being needy of the mother, stop being all about itself, and can turn his energies outside, where reality is… to fit in, to procreate, to produce, to become a ‘person’.

Yesterday a river of requests came to my inbox for testing for these gene irregularities… If I already know you, have your picture, you can just email me to test you. If I don’t know you, you need to pay for it… Pay through this link: https://yourvib.me/startDNA

I adjusted the first 25 people’s genes (or more precisely asked Source to do it) for free to get a large enough pool of people to observe what happens.. I am just go-between… not the power. So I actually don’t know what I’ll notice, what actually will happen as a result of the adjustment.

I adjusted (turned on) my permission gene, but haven’t noticed anything… We shall see. I am most interested in my weird attitude about money: will it change?

Now thinking, I actually did notice something. My 80 year old friend asked when I wanted to visit her new apartment. I don’t, I answered, which is a new thing for me. I normally would lie… or suffer. I also explained how many different ways she had disregarded what I wanted, the three gifts that she returned to me… even though I paid good money for them.

Yeah, this is new. And I managed to say all this without animosity, without fear, without having to be nice to be liked.

What surprised me is this: people’s response to me told me that you expect instant results, that you want to see that something has changed.

You expect to suddenly be different, feel different, act different, you expect a discontinuous way of being in the world, feeling about yourself, etc.

But if you look at a young child, there is a transition. It takes time before they experience and act on the new reality…

Just like a bird who was caged all its life: when the cage door is open, it takes them some time to fly out.

Or the baby bird pushed out of the nest… still needs to learn to fly, even though she is fully equipped. 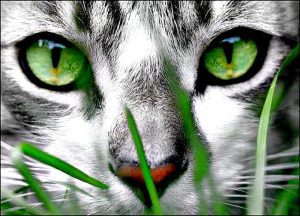 I don’t know if this is in bad taste… but I shared the story of the deaf student who farted in the classroom and people looked at him.

Given that he could not hear it, he thought other people can’t hear the sound the gas released makes.

When he learns it, depending on their personality AND the entitled genes’ position: on or off, they will behave differently.


Here are two examples from students:

What keeps her from being a productive member of society is not the genes, but her worldview: my way or the highway (Vine Bach energy).

Certain entitled, immature behaviors and attitudes cannot be blamed on the baby-genes: and yet they are not entirely within your control, within your choice… Like the Vine attitude where you got stuck in an attitude of an entitled child… and maybe your genes did what they were supposed to do, turned off, you still feel in the grip of the same compulsion to put yourself not only first but above everyone, and feel shame about it, like the woman in the example above.

It is subtle… I am going to look at:

The current division in America between red and blue, has something to do with these genes, or alternatively with the Vine Bach Energy.

When I test some Red-worldview people to whom I can connect, I am finding that they all have one or both of their baby genes still on… 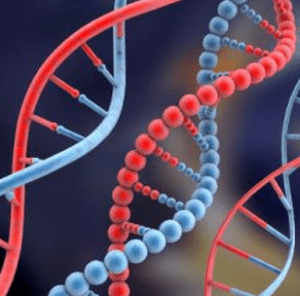 I wanted to stay with the idea most people have that if and when I adjust their genes to turn the baby-genes off, or turn the permission-gene on, they will feel something.

In the email I send you to confirm that I adjusted your genes, I ask you to let me know if it is easier to start doing what is yours to do.

In life, a healthy, balanced person knows what is theirs to do, and does it willingly.

But right after removing the blockage to it, you will need to look and see, in reality, (not in the Tree of Knowledge aka the mind) what is yours to do.

And seeing that is not instant. Not in the least.

But unless you can also change your Vine worldview, being self-righteous about how the world is supposed to work, no amount of gene-adjustment will make ANY difference.

How strong your Vine energy is the same as your lack of humility, or to what degree you consider yourself the ruler of the universe.

Three regular students of mine who have not been able to move up from zero, may have the gene issues, but even after adjusting two of them, two gets you twenty that they won’t change… until and unless they lower their Vine score.

The similarity in the effect of the Vine energy and the still active baby-genes is unmistakable.

The shared worldview is that you should have everything without ever having to earn it, work for it, risk pain, failure, ridicule for it. It just should come to you… because, because, because it should.

T. Harv Eker tells a great story about the lion that goes around flexing his muscles telling everyone that he is the king of the jungle. Every other animal cowers, but then he happens on the elephant… who beats him up. Bloody and bruised, the lion tells everyone, that he is still the king of the jungle. The elephant beat him up because he didn’t know.

The story tries to warn you that life is life, and reality is reality, and even the highest story you hold about yourself and the world needs to be changed to match reality, or life will beat you up..

And the high Vine and/or the baby-genes won’t allow you. The high Vine tries to get a good life but never wants to give up the delusional story about the self and about the world. 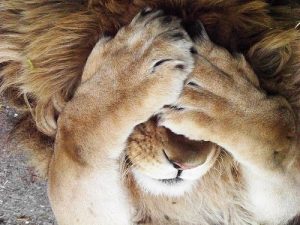 And that plays out an awful lot nowadays with very public proponents of red worldview: ‘no mask, no vaccination’ people are dying one after the other… bloodied and bruised like the lion in Harv’s story.

An unwillingness to learn the lesson, the inability to consider that your worldview is an opinion that needs to be flexible and needs to change when reality knocks.

The world, Life, reality is the way it is… and you expecting it to be different is what we call stupidity. It doesn’t mean that you don’t have the equipment to be intelligent, it means that you don’t use it… that it is blocked.

When you look, you look at the wrong place, in the mind… and…

…unless you keep looking, and unless you are willing for what you see to change, nothing will ever change for you. 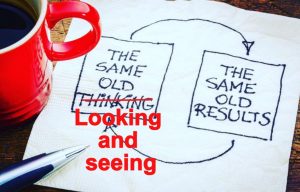 I know because I think everyone with strong Vine needs to go through this. I used to have strong Vine… very self-righteous.

To me everything looked difficult first. So difficult that it made sense for me to quit while I was ahead.

But over the years I trained myself to keep on looking, because what I see is not necessarily what’s there, not necessarily so. (This in addition to playing the energies that contain the Vine 24/7)

99% of the time the picture changes on its own: the impossibility disappears and the opportunity, the open door, the direction, the solution shows up in its place. No thinking is required, only looking for reality to show up.

I have mixed feelings about this, because first I needed to be willing to be wrong, and like anyone, I hated to be wrong… lol. not funny.

Anyway, I am willing to adjust your genes if they need to be adjusted.

I also consider you, if I adjust your genes, a prospect for the 30-day challenge.

Getting your genes adjusted admits you for the first seven days for free. If you want to stay in longer, you’ll have to pay. That is how I’ll know that you actually MEAN to change with your genes.

The challenge will be at least 30 days, if needed: longer.

I know you expect everything for free… that is expected from people who feel entitled, even though you yourself wouldn’t willingly do anything that is not your idea, even when you are paid for it… No offense is taken. You pay: you continue. You don’t… no problem.

Here is the link to get the adjustment.

Get your genes adjusted to ‘adult’
https://www.yourvibration.com/adjustDNA