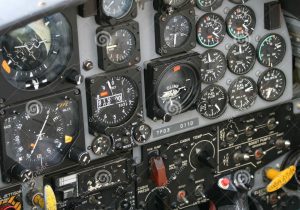 Genes, gene adjustment are great, but if you continue looking in the mind to see what to do next, all those gene changes will leave you, most probably, unchanged.

I am doing a lot of ‘gene adjustments’ suddenly. And with that a lot of pondering.

The adjustment takes only a few seconds, because all I need to do is connect to the person, connect to Source, and utter the ‘command’ or request… So it is relatively painless.

But a lot of people also asked for their Starting point measurements… which means I need to stay connected to them for a long time.

And because the non-compliant genes, the baby genes that didn’t turn off, or the permission gene that makes people cling to safety, I am looking at all those 43 measurements suddenly differently…

I love to toot my own horn… but between you and me: human nature, individual human nature is a veritable puzzle.

I have watched car mechanics tweak the car’s carburetor and the timing of the spark… it sounded mighty complicated, but compared to humans… it is not complicated.

I have watched airplanes’ command panel… compared to humans it is not complicated.

People who come to me mainly have a sense that they don’t do what is theirs to do, that they don’t live the life they were meant to live… that somehow their life should be different.

And when I look at their numbers in the Starting point measurements, I can see it.

But how do you influence most of those numbers that are absolutely not within my power to influence?

I mean even when with Source’s help I adjust someone’s genes, predatory genes, child genes, permission gene… what you do with that is entirely up to them.

Even though those gene adjustments would, could change the whole dynamic of your inner terrain… your habitual behavior may make the whole thing not do a darn thing.

If you have, for example, your permission gene turned on, you now have permission to look in reality.

What does that have to do with the genes?

The lack of the permission gene makes you look where you have always looked: in what others say, or what you said before.

But in the meantime reality has changed, and even originally, most of the things you said were not accurate…

So unless you stop looking in the mind (Tree of Knowledge) to see what is going on, you remain the same: delusional, not astute, not accurate, and a hapless idiot.

In the early days it is best for the species that parents keep the child on a short leash… so the child won’t die young.

But later it is best for the child to have curiosity, adventurousness, or they will never become a person, never become someone who can live a productive and good life.

So it seems every consecutive generation grows up less prepared, with less curiosity, less aliveness, less ambition, less motive power… due to this kind of upbringing.

I once wrote about the Israeli kibbutzim… communes, where the children used to be raised in children’s houses, not by the parent. And the people, 90% of them, grew up to be brilliant, productive, wholesome. Kibbutzim of this kind have disappeared.

Today kibbutz children grow up only 10% equipped for life. The same as in America.

My absolute luck gave me parents who didn’t parent me.

And although I was beaten regularly, I never knew what I did wrong… How I displeased my mother, and I didn’t care.

The only areas that were effected by what my mother did, the only time she didn’t beat me, was, unfortunately something important in life: sex, clothing, and money. And although I was curious, I felt I wasn’t allowed to have any of those, because of how my mother looked when she said what she said about me.

I didn’t realize it, and even realizing didn’t make any difference, that people say things about you that says things about them and rarely anything accurate about you.

So it was my mother’s issue about sex that crippled me for, so far, 74 years.

I adjusted my permission gene… and I don’t think it will do much for sex, lol, too late, but may change what I do about how I look and how much money I allow myself to have.

And I may be completely off, and all that crippledness is somewhere else, and it is within my power.

I have been an insomniac since I was a baby. Last night I downloaded the Heaven on Earth (HOE) to accelerate falling asleep. I was, within seconds, experiencing extreme fear… Paralyzing fear.

So, what I am saying, is that we have here a toolbox with energies galore, and the gene adjustments… and because humans are so complicated, expecting just one adjustment to set us straight is naive to say the least.

Judging from that fear that has been hiding under the hood forever, for me the Bach energies will make a difference, maybe even set me free to enjoy, have, look good…

Source says yes… but I am afraid to hope. All I can do is do that Heaven on Earth download frequently and see what I see.

So how do you use these tools?

My suggestion is this: because everything comes, all your actions, attitudes, feelings, from perception organs, mainly from what you see, where you are looking is probably the most important factor in how well you live.

Ultimately you can look in two places: reality (NOT personal reality!!!!) and your mind. What you said about things, what meanings you made up, what you have read, heard about things… all Tree of Knowledge, not the result of actually looking in reality.

In the Starting Point Measurements, curiously, it is the astuteness measure that is the most indicative.

Only when you look in reality, and allow reality to tell you what it is, not the Tree of Knowledge, only then you can be astute.

I have once measured a dude with 90% astuteness. He is not a client, he is a student’s boyfriend…

He is a physicist, he sees with 70% wide cone of vision.

He is on one extreme.

My astuteness level is 70%. I deal in a murkier world than physics or chemistry, I guess. So I often fill in what I can’t see with my imagination… and all imagination is Tree of Knowledge. Even if you are an Einstein.

So you see, although you cannot directly increase your astuteness, you can work on the three ways I measure that you are not astute… not in dance with life.

Obviously, to me, the most efficacious way to go about turning that sluggish, oversized ship of yours in this tight environment is to have both the gene adjustment AND the 202 energies I have thus far able to download from Source.

I put these energies back in the vault… I did that to make it less a commodity that you use for a few days and then you let it just sit on your computer.

There is one way you can still get access (I hope I found all instances of the offers and turned them off) is in combination with the Big Bundle.

The Big Bundle is a unique energy that does one thing only: it wakes up your consciousness. You see when you keep on looking at the ‘maya’ for answers, your brain is not even used… So consciousness wakes up the brain and forces it to do what it is supposed to do: housekeeping (your health) and your self-awareness…

And it, combined with the 48 Bach energies of the Heaven on Earth is to wake you up to the fact that you are not looking in reality, you consider your emotions, your thoughts, your opinions reality. They aren’t. and considering them real and true makes you not astute, not make good decisions, not have a good life.

Of course if you haven’t had your baby genes and permission genes adjusted, or your predatory genes, you still can. Why are they not in the vault? Because I do all the work… that’s why.

Get the consciousness awakener with HOE
It, curiously works, no matter what is your vibration, but only if you play it directly into your ears… headphones, ear buds…

Use a coupon IMPORTANT to get a discount…