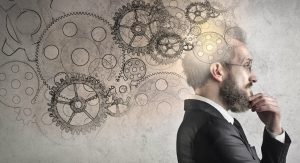 Changing your brain: can it change your life? I say it can… Part of it is the Hero program that I also call the GABA program.

WTF, right? What does GABA have to do with anything? It sounds unlikely… even if you know what GABA is… but it does.

And because your actions are what produce everything that you ever wanted… and if you don’t like what you have produced, then you are sh!t out of luck… and that is where all the science, all the courses, all the books, all the brilliant theories are dumbfounded… because, gulp, no one has been able to change their opinions about themselves and about the world enough for it to be able to change their lives.

The examples we hear are…

Are we sh!t out of luck?

In the past month or so you have been hearing and reading me talk about energies from Source… Bach Energies, gene adjustments, and all that, in my humble opinion, is what all these other folks are missing.

They are trying to cause changes with words…

…and to everyone’s despair: that doesn’t work. So much so, that I hear there is even a backfire effect: the more someone works on changing their minds, the deeper the conviction goes… meaning it gets worse.

Now why would energies work?

Because energies are able to change the inner structure of connections, and still maintain some balance, homeostasis that the brain is willing to fight for.

You see, when you are asked to change a deep seated opinion about yourself, about the world, about how it all works, changing that opinion would create a massive imbalance… which the brain fight against.

So what is that something that gets pushed?

If you think it’s a belief, or a sense of self, or conviction, a defense mechanism, you guessed right.

I am personally most interested in the aspect of this, the construct of self or convictions that do their darndest to keep you the same,while consciously you would like to be more, better, or different, so you can have a better life, feel better about yourself, be healthier, and wealthier and happier.

OK, let’s look how the Bach Energies work to gently turn your ship around in a tight bay… which is the best example I have for turning your beliefs into beliefs that actually serve you, that are actually more in alignment with how you are, how the world is, and what is possible for you.

Believe it or not, your whole inner construct of ‘truth’ is stable.

But in more cases than not, actually in 91% of people have a worldview that is incompatible with and non-supportive of their ambitions and desires.

I have people quit my programs because their self-image, their self-construct, their worldview can’t tolerate the idea that they should adopt a worldview that is counter to what they believe to be good, true, useful.

He found that other people didn’t ask him to change his mind to build something big… I did.

Will he be able to build something big without changing his mind? No one can. I couldn’t… And I still have an area of my self-image, that unless I change my mind there, I will be stuck in relative lack… in life. 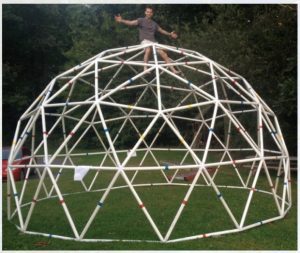 So what the Bach Energies do is very similar to what you would do if you wanted to change the shape of a roof that is built of many short rods.

I worked for a company, as an architect and structural engineer for a while (2 years?) and then I worked with their products for another two years, back in the 70’s.

Doing it from the ground up is not easy but simple.

Doing it while it is on the top of a building is near impossible… you always risk the collapse of the whole roof. 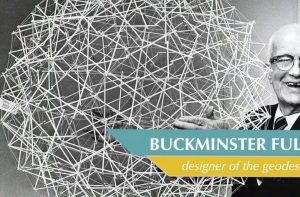 If you look at the human brain… it is a lot like a roof made of many short rods. The brain doesn’t like to re-organize itself… it resists it.

New worldview is a serious re-organization… that the brain won’t allow… unless it happens rod by tiny rod, always aspiring, always maintaining homeostasis… 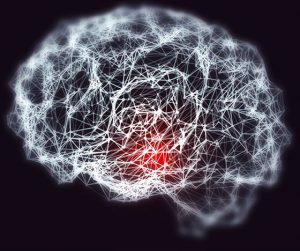 Or alternatively you need to shake the whole brain to a point where unless it re-organizes itself, it will actually fall apart.

This is, maybe, what happens in near-death experiences… the result is a higher organized brain with different worldview, for the most part.

Or in my case, when I had my grand mal seizure experience in 2003 (due to the Holosync audio), my already unbalance brain (due to massive brain damage in 1998) refused to fall apart and created a new constellation that started my real chance for growth.

It wasn’t until I duplicated the Bach Flower Remedies in downloadable energy format, that my real growth, my shedding most of my rigid insistence on certain views began.

I considered the Bach Energies lame… until I realized how wrong I had been.

There are two energies among the 48, that act like linchpin for most people: the Vine and the Yew.

It is the same energy, different context.

One aspect is your self by itself, as the center of the universe, where you consider your word as law… for others. For the world.

Both are, in essence, the core elements of your worldview… and obviously in the world where almost eight billion people have this worldview, unhappiness, dissatisfaction, and arguments are the rule… not the exceptions.

The worldview that was maybe by design when you were a baby or a toddler is harmful to you when you become a young person, or an adult.

That worldview needs to change into a more inclusive worldview, for you to be able to live with others, in harmony, feel good about yourself, and produce what you want to produce in life.

So, and please don’t hate me, don’t hate it… unless you have managed to grow up and abandon naturally most of what helps a baby to survive, but hinders an adult by turning off the gene that turns off, normally, after age 3… around the time of potty-training becoming possible and successful, no amount of Bach Energy treatments will be able to do the trick… your linchpin energy needs to go.

So, you see, this is already complicated… but there is even another aspect:

change your worldview to what?

If you keep on being exposed to one worldview by family, by social affiliations, at work, by the media you frequent, the process probably can’t work to your advantage.

You want to have a world view that is flexible and responds to reason, which means you need to build a strong connection between your Amigdala and your Prefrontal Cortex… your emotional center and your thinking/reasoning center.

This is why the methodology I support most include energies, practices, and pulling back your attention and support of worldviews… all of them… including science, including liberal, conservative, on every single issue..

The 3-prong approach to help you become all you can become.

It’s possible… just don’t get entangled… and it’s hard, because they tend to throw down the gauntlet… and you get hooked.

So what should you do if you don’t know if your ‘baby-genes’ are on, or off as they should be?

So what should you do if you have those turned off, you have the Bach Energies, and still nothing is happening?

You may need to work on the hate… hating how it is. But if you are a positive thinking fan… I may not be able to help. 🙁

You don’t know but you have an opinion of everything… and your opinion is mostly systemic judgment… good, bad, right, wrong, true, not true…

So you see that construct of the roof made of tiny rods is very very very complicated.

You may want to start with the easy ‘rods’… that are not really weight bearing, only firming up the worldview.

The Bach energies that you resonate with… and therefore they are part of your ‘geodesic dome roof’.

One of my students has some 12 Bach Energies active in her Bach profile.

She is also a positive thinking fan… rigid as rigid can be.

Her way would be

At this point, if I were you, I would be really curious what energies keep me the same, non-producer, non-effective, not happy.

The full Bach profile can help you with that… For a limited time I throw what I normally do separately: the three energies that most define you:

Get your full Bach profile with the three significant energies highlighted