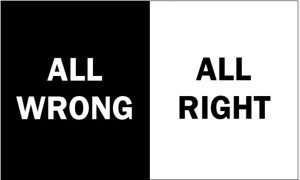 Most people, 99% of the time, are stuck on the systemic judgment level… where everything has an opposite, and it is either one or the other.

Binary thinking. What is Binary Thinking? Binary thinking, also known as dichotomous thinking, happens when even complex concepts, ideas, and problems are overly simplified into being one side or another. The gray area in the middle is ignored or goes unnoticed. Binary thinking helps us feel a sense of certainty.

Another way of looking: reality is 3d… Your thinking is binary… No match. No astuteness. No correct actions possible.

I used to live there in the binary. In fact every young child lives there… It is the under 3’s whole world… Binary.

But I was already an adult… And yet… I was utterly miserable… I was like an automaton… Kill it/love it, no in between.

It began with the idea of things are on a continuum… Not on a binary switch.

One of my Landmark coaches said about herself: Who I am is fully expressed greatness… And I heard the continuum for the first time. 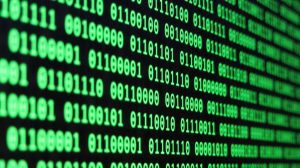 I am not either great or sh!t… I can be great, even very great, and yet express just a little bit in one situation, and a whole lot more in others.

I can always look where I am at, in any given moment and say: OK… I am here… And be well. Strive to express more… But be really OK being exactly where you are at.

It didn’t turn on the capacity, because I already had the capacity… But I was almost 50 when this happened… And before that I had nothing between the two extremes… I was either great or not great. Either smart or stupid. Either accepted or not. Either respected or not. And the same about everyone else.

I could not see gradation and therefore I could not even look to see what made me express greatness less, be less smart, be less accepted, be less respected, etc. Because that didn’t exist for me.

And you can’t be responsible for what you can’t see… Not possible.

So that was the first turnaround for me.

The sentence: If it is to be, it is up to me suddenly made sense. Suddenly I saw no situation where I had no power… I always had some power, more or less, to influence the outcome.

Upon looking at this capacity I get a surprise: muscletest says: everyone has this capacity… And yet only about 1% of the time is it used… Is it seen… the rest of the time people just stay in the binary realm.

I watched this video with Alex Hormozi: he sees it as the number one reason people cannot move forward, people cannot use coaching to grow… Because even after showing it, they insist on the binary.

Until that point I had no personal power… Because I was either on or off… And there is no power in possible, only force.

The eighth wonder of the world is compounding interest… And although I was a math champ, as a rule for life it only started to make sense then.

Chances are that every single one of you lives your lives in the binary full time. I am talking to YOU… You who are reading this… Or listening to this.

And allowing reality with all its shades in, being willing and able to see it, can make the biggest difference for you.

But for that your entitlement aka baby genes need to be turned off.

You can get stuck in binary even if your baby genes are off… Mine were off… But maybe because of abuse I was still a baby.

The world becomes a bigger playground gradually. I remember it took about ten more years to see that I was still waiting for someone to rescue me… All the time, and get that wanting to be rescued is part of the binary…

When I adjusted people’s predatory genes, they naturally changed their behavior.

But when I am adjusting your baby-genes, the change is not automatic. Unless you see what a child can’t see, that the world is not binary, that it is gradual in everything, that getting anywhere takes a process, your adjustment will make little to no difference.

I am writing this article for myself, and for you.

If you see why you still don’t change… 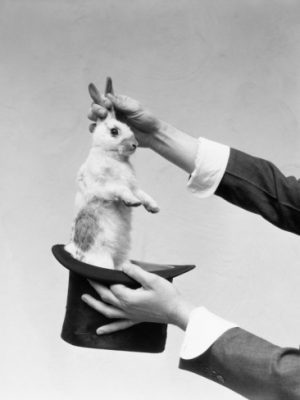 In magic shows the magician waves his wand and a rabbit jumps out… In reality, the rabbit has to go through a lot of steps before it can be there and jump out of the hat.

I once had a student who could never change his mind about becoming big with one action. He hated the idea that anything had to go through a process… And subsequently he hated me… And left.

But even hate is gradual. To keep it high he has to feed the hate every day, instead of putting all that energy into something useful, like building something.

Love, hate, resentment, grief, any emotion needs to be stoked to stay on high… The natural way of everything is to change… But if you are stuck in binary thinking, you’ll put more energy in them than in living, living a life you love.

Some 30 years ago I was in a course where there were eight Mexican participants… Because the course leader was a Mexican. We, Americans sounded weird to them.

Their English pronunciation was poor… They called us asholeeeee

You can guess what the English word would have been.

And yeah, you are an asholeee my dear until you learn to see and behave in reality where everything is gradual… And nothing is instant. Or binary. Or magical. Or even sudden.

But if you look carefully, calling someone asholee is also a binary judgment. You are either an asholee or not… Binary.

And in that binary world you have an awful lot of statements, about yourself, about the world, about everything, that hinder you, paralyze you, make you take steps that are unproductive, or not take the step to not take any steps.

We call these the pebbles in your shoe…

The pebbles that are more important with regards to your ability to succeed, achieve, than anything else. Your smarts, Your education, what you know, your health: none of them are as hindering as the pebbles in your show.

Muhammad Ali was 100% accurate about that. He said, ‘It isn’t the mountains ahead to climb that wear you out, it’s the pebble in your shoe.‘

Unfortunately unlike a physical pebble, these pebbles are invisible to you.

I could not see that I had binary judgment about everything. And even though after I saw it, it still took me 15 years to be able to see everything in ‘grayscale’ instead of solid black and solid white.

You are in luck… You don’t have to do it alone. I did.

The coach in Landmark didn’t mean her statement, her declaration the way I heard it. In fact I literally don’t know anyone with whom I could talk to, that is looking at the world in grayscale…

And it is getting worse… Vaccinated/unvaccinated, mask/no mask, liberal/conservative… Imbecile/smart

To start, you can do like me: have just one thing turn from b/w to grayscale…

But your fastest route is to look at all the things you entertain, and loosen them up enough so they can become grayscale… All your pebbles.

It’s an investment that can mean to you tenfold, hundredfold gain down the line.

One of my students, when I asked her in the clarity exercise, what she should start doing… made a list of 30 things.

I asked for one. One thing. But she could not see that one thing in a grayscale universe doesn’t mean saying no to everything else… Only in a binary universe it means that.

But when you look at her, she literally doesn’t do anything in her life. She wastes it.

Another student: he isn’t doing anything because he can’t think of one thing that would organize his life… So he is wasting his life that way.

In a grayscale universe you can start doing something and keep your eyes open to stay aware how it feels, where it’s going.

But in a binary universe you already know… So you don’t look, you are not aware… You stop being present.

So your already knowing makes you stop, or remain a one-track pony…

The recorded Pebble webinars is a lot of videos…

I have learned an awful lot since 2013… yet these recordings are valuable.

The new live session will be turning life into grayscale…

Time and date to be determined… Most likely date is either a Saturday or a Sunday… First available date is the weekend of October 16. The price will go up every few days.

After you sign up, send me an email if that weekend would work for you.

Learn what keeps you stuck