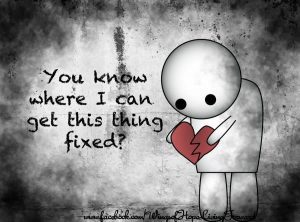 Fix Broken Sh!t First; I got an email with that title this morning, so I am using it. This is the perfect title for this article…

You see, human nature is weird… It tries to fix everything by throwing stuff at it making it more broken. Add stuff…

I have noticed that anything anyone says about you or your stuff triggers a self-protection mechanism, as if you have anything about you that is not perfect means you are wrong, or don’t deserve to live, or maybe deserve to die.

Totally out of proportion reaction to the size of the threat. 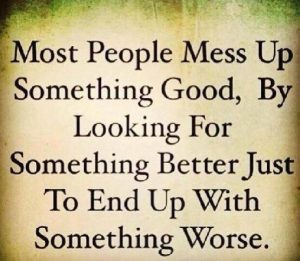 I don’t have that. So it could be useful to see what I do have that you could have so you become coachable, so you can actually be most effective in everything by doing it life’s way… Not the human way.

So what do I have that you don’t have but could have? something I could shift for you?

Turns out that it is yet another gene that has an on or off position. I am going to call it the self-correction gene for now, because that is a good name for it.

Why I have it on? I honestly don’t have a clue… I always had it on. I probably inherited it from my amazingly adaptable father who despite everything that went against him (a lot: looks, lack of formal education, lack of support, etc.) was very successful in life. He orphaned very young and spent his childhood in several families/ ‘foster care’… poor and neglected… But clawed his way up and up and up and up… Through being resilient, inventive, creative, curious, and unbeatable.

He tried to teach me the wisdom: ‘let go… It will pass that much faster’ but I didn’t understand, or misunderstood the context until much much later in life.

Life is counter-intuitive, and because of this off-gene humanity is wretched. Unhappy. Miserable. Empty. Everything strikes them as an offense, as a threat to their survival, so they attack, fight, resist, get angry, are personally offended… All non-productive ways to respond to correction.

People don’t get that the way to be more, have more, feel more, experience more is to fix what isn’t working, to improve what doesn’t work well, and to stop doing most of the things that don’t work.

This is what Leo Tolstoy realized… And we call it, after him, The Anna Karenina Principle. 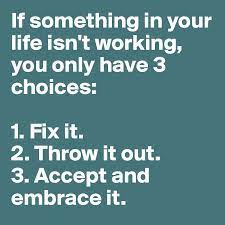 He wasn’t the first person, of course to realize that life works best with this ‘takeaway method’. The Bible, unless I am mistaken, talks about the strait (meaning narrowing, whittling it) and narrow path… People pretend to hear but they don’t…

It is in every area of life.

But don’t be here… If you don’t believe that my method works, talk to me. Let’s have a conversation. I don’t want to convince you… But I am curious what stops you from taking me seriously.

So what is broken?

The adjustment of the position of these three genes is the first broken thing that when you fix it, you can actually start growing, no matter what biological age you are when I adjust your genes.

Most people Have not grown beyond their 3-year-old self. Biologically, yes. But emotionally, intellectually, in morality, spiritually, they are still that three-year-old. In their strategies, in their beliefs, in their effectiveness in life, in their worldview.

Without turning the child-genes off, both, you don’t even understand the concept of responsibility… And definitely can’t voluntarily own what you can own. What belongs to you.

If you look really closely, most popular psychology methods won’t, actually can’t work for you. They sound nice, but most of them require you to have the capacity and the practice of responsibility.

It is easier to see on people who are, in spite of the fact that they are producers, or at least produce. How are they going to react to someone pointing out that what they produce, what they say is not to their liking.

The ability to own what belongs to you (and that is a lot, including how you react to mistakes, wrong steps, or the world) needs your child genes, both, to be off.

If you get offended… It is obvious that your child gene is on.

They say: learn from your mistakes. If you can’t… Your child gene is on… At least one of them.

If you beat yourself up… Your child gene, at least one, is still on.

If you compare yourself, favorably or disfavorably: ditto.

If you do something and it makes the wrong splash… No splash… If you say something and it lands wrong… If you have a lot of opposition… If you feel like a victim, instead of looking at what you could be responsible for… At least one of your child genes is still on. 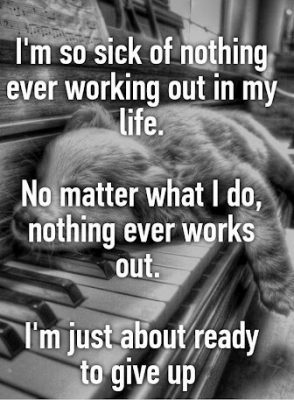 But… Second thing that is ‘broken’:

You have had your child genes turned off. So you now have the ability to take responsibility, to access your personal power, your personal authority, even your inner authority…

That is not how it works. You need to teach yourself, your brain, your intellect to look at the world and yourself differently.

One way is to look at the four agreements and see where you went wrong… And correct it.

Agreement 1: Be Impeccable With Your Word
Agreement 2: Don’t Take Anything Personally
Agreement 3: Don’t Make Assumptions
Agreement 4: Always Do Your Best 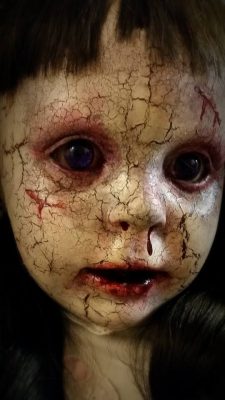 Or ask yourself a series of questions. I have found this even more effective in re-calibrating myself to personal power:

What could I be responsible for to get access to power?
What am I doing?
what am I assuming/thinking?
What am I taking personally?
what is my attitude?
What am I expecting?
What am I going for/intention?
how wide am I looking?
What an I stingy about?
where am I erring to the side of ‘it’s my way or the highway’?

In the beginning this will take a little time each time. This is what Tony Robbins calls ‘pondering’… The questions that allow you to see what you could be responsible for. Not as blame, but as power… When you know what you did, what you assumed, you can correct it. Anything you can’t see… You cannot catch.

when you see that what went wrong is all inside what you have power over to change… And therefore you own it, and don’t suffer about it. Don’t call yourself names. Don’t beat yourself up.

If and when you have the inclination to beat yourself up: that is a clear indication that you didn’t take responsibility, i.e. your child gene is still on… Or if it is off: you haven’t trained yourself to use responsibility.

There is one caveat: if your vibration is under 200,.the responsibility is not going to come on automatically after gene adjustment: you need to work on in. 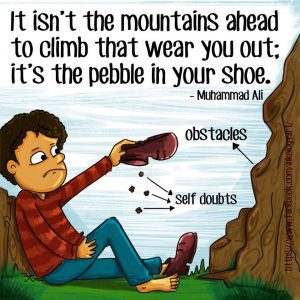 Just by triggering the thinking of what belongs to you, what is yours to do.

Sometimes it feels that you cannot possibly be responsible… It is someone else’s fault… But believing that feeling is not what gives you power.

Here is an example: a student of mine has a spouse who, according to my student, is controlling, jealous, etc. So this student lies, hides, and seethes… Giving all his power away to the spouse. He could own it… Saying: I am cowardly and I choose to see the world as a little sh!t does… And this is the result I produce with that…

Instead he has been saying that he has no power. He could own that He chose to behave like a little shit, powerless. And he has built up to this situation, over years of hiding, lying, pretending, tolerating, and doing all kinds of things that he felt he had to.

Integrity and responsibility are the dividing capacities between lower vibration and higher vibration.

And hopefully you can see why…

To be able to use and benefit from any advice and coaching, you need to be able to take responsibility, at least after asking those questions, and stop lying, at least in this area of who and what is responsible.

So this is the first broken shit that needs to be fixed. Nothing else matters until you fix this… 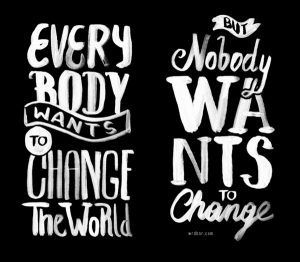 So when you ask yourself: what is mine to do? This is what is yours to do… Not willing to do it? Tell the truth about it and own that your unwillingness is the cause of your misery, whatever form your misery takes.

They take on responsibility, but it is invisible to you.

You can join them by ‘fixing’ this broken thing… At any time. Little by little.

OK… I just hung up my Friday podcast with Bonnie, and saw that this is the trickiest thing to learn for a human, even if your vibration is already 200.

You can’t learn it if your child genes are still on, but even after I turned them off for you, you’ll have a hard time with it.

You, like Bonnie, probably don’t feel excited, turned on, and motivated to become responsible.

So I have agreed with Bonnie that she takes on, in the beginning, just asking herself the ‘trigger’ questions, and starts poking the box… And I think it is a great way for you to start as well. The more often you do it, the more you’ll be able to see now that your child gene doesn’t hold you hostage. 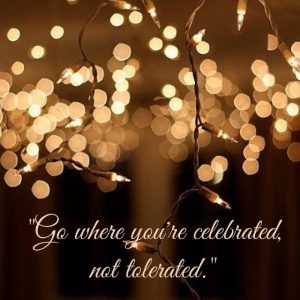 Every new thing you can catch is a reason to celebrate. And celebrate you should. Because unless you raise your ambition and excitement level about responsibility, you’ll go back being an effect in life, instead of a cause.

Now… There are a few things you can do…

If I have turned off your child genes, I have a gift for you… But only if you ask for it.

You’ll still need to do the work, but now you’ll at least see some of the things you could be responsible for you.

If you are in the Inner Authority live course, I have already turned it on for you… If you are not… Please email me and ask me to turn on the responsibility capacity for you. If your vibration is under 200, I won’t be able to do it.

And another gift: If you buy the Pebble process including the live webinar, I’ll turn on the ‘self-correction gene’ for you as well. It will make our interaction much smoother, and you’ll be able to see what rules, what unreasonable demands you have that you consider valid… The pebbles in your shoe

Learn what keeps you stuck

PS: if you have time, watch this video with my newest hero: Alex Hormozi