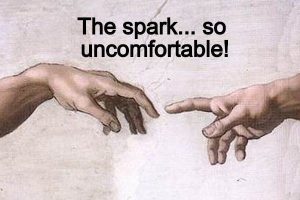 This week is starting out for me with a rich exposure to thinking… and I am grateful for it. After all one could say that my quality of life depends on the variety and the depth of the thinking I am participating in.

Not exposed… no. Participating in.

I learned that this morning… through experience.

I don’t enjoy listening to Dean. I can tell that he wants to talk more than he wants to listen… and of course I don’t like it… even though I often notice that same thing about myself… when I think the other person just goes on and on, because… I don’t know why…

Anyway, this morning’s Monday Morning Radio was refreshing, because Dean argued with his guest, the guest took it well, and the debate forced me to think. 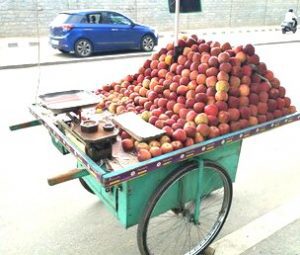 I don’t have that as a ‘problem’ with my students and clients and readers: no one works hard, let alone insanely hard.

But even if they did, like Dean’s father, the chances that that hard work would produce insane results are not likely. But why? 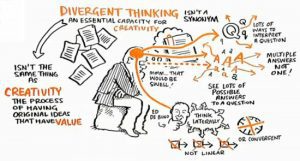 There is a capacity (I say) called mental flexibility. It is easiest to see the inverse: rigidity.

Yeah, I want to talk about the BECAUSE in this article… I think.

The ‘I am right’ racket

There are two distinctions that I learned in Landmark Education that are instructive here.

One is the racket, and the other one is identity.

That is a racket phenomenon: in the racket, that is like a butthole, everybody has one, is a dominant ‘rigid’ desire to win in some way, that becomes more important than all that life has to offer.

In Dean’s case, it is being right about his father, and probably also about himself… About why they don’t amount to more even though they work hard.

When you want to be right, that makes you rigid… sticking to your guns about one thing or another… unwilling to accept that your opinion, your take on things including yourself, your history, etc. are not necessarily true.

We can safely say that when you are looking for groups, broadcasts, shows that prove that you are right… you have fallen into the ‘I am right’ racket. 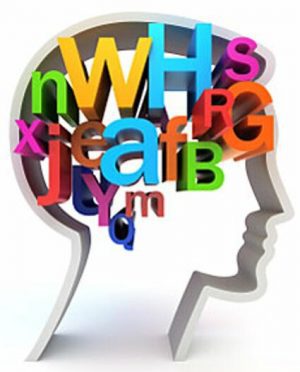 You can combine the racket and the identity as well. If you are unwilling to change, if you are rigid about any suggestion anyone makes, and use your ‘I am this way: liar, cheater, pretender, whatever, maybe even stupid‘ then you are justifying your racket with your identity. You are right about that.

There are other rackets as well, looking good, winning at all cost and instantly, dominate, justify, explain, and avoid responsibility.

All have the flip side as well, avoid being wrong, making another wrong, avoid looking bad, avoid losing, avoid domination, invalidate another… and of course getting off the hook, which is the flip side of responsibility.

When I queried my students yesterday in the Inner Authority class how many of them honored looking good/avoiding looking bad as an important motivator of their action or inaction, every hand went up.

Another question: to what degree you are doing things for the dopamine rush it gives you, ditto. All hands went up. That indicate the ‘winning’ racket.

Some people give their lives over to both: without ever really getting that with that they are giving up everything else they would like, fame, fortune, love, peace of mind, self-love… everything.

It occurred to me this morning that to what degree the rackets control your life is measurable by measuring how rigid you are. Mentally.

‘Whenever things sound easy, it turns out there’s one part you didn’t hear.’ – Donald E. Westlake

or how T. Harv Eker says it: When things don’t work, there is something you don’t know…

Most things are easy to understand. Easy to do. Easy-peasy.

So why wouldn’t you hear that/those missing parts?

Your cone of vision is too narrow… but why? Because you only want to see what you want to see, to protect yourself from accidentally seeing something that you don’t want to see, because then you may have to consider that you are and have been wrong about something.

Knowing ABOUT rackets, knowing about identity, or pretty much anything else, is not transformative.

The only thing is transformative is that which makes you truly change your mind about, and willing to have been wrong about… Bummer, eh?

I tell you who? Someone who wants to turn their lives towards success, happiness, more money, more health, more love. That-a one.

But that isn’t you… right?

Do you know what made Warren Buffet who he is today: a phenomenon? Earlier in his life he met this other dude, Charlie Munger, who told him something that forced Warren to choose between being right and being rich. He chose rich… He was willing to have been wrong. You know the rest of history.

I bet every famously productive high achiever person had at least one crucial moment, a turning point in their lives where they needed to choose between being right and being whatever they actually became.

Most people are right about many things… so for them to become all they can become means they have to have many turning points on their journey to greatness.

You can replace the word ‘right’ with looking good, winning, dominate, justify and their inverse… if that works better for you.

I was one of these people. Both my soul correction and my Zodiac sign are self-righteous signs… so maybe I had more than others.

My saving grace was that my flexibility capacity was open (yes, it is a DNA capacity, dammit!), so I was willing to change my mind, open my cone of vision, consider a different truth, and I had to do this many times.

It is jarring every time, but the right hand side of the equation, happiness, peace of mind, personal power,  always won out. 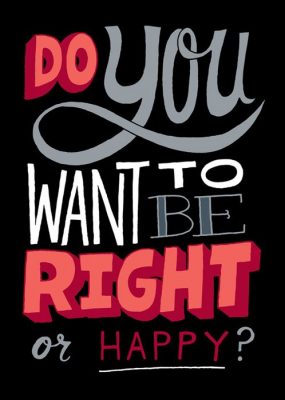 For me it is a no-brainer: I want to be happy… heck with being right… no value there.

I even challenge myself… I often do it on my paid podcasts… Can you learn from listening to me doing that? I know so… although it really depends whether you are an audience or a participant.

I listened today to that Monday Morning Radio podcast. It  triggered me to participate… i.e. argue and look what it is that I see is the secret of high achievers.

I did that argument in this article. I hope you had as much fun reading it as I had writing it.

PS: today’s Monday Morning Memo and the rabbit hole are really exceptionally good… I cried and that means, to me, that I loved it.

Now, what could you do that would make a difference for you? 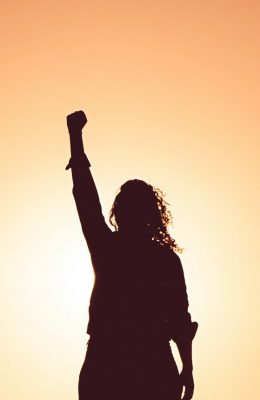 Find out what you are right about… that isn’t so

If you are willing to discover what your racket/identity is, at least see some of it that you can handle at one time, come to a exploratory class.

I’ll charge ten dollars for it… In the right hands it is worth 100, 1000, 10000, millions of dollars… What will it be worth to you? Decide it, email me your number, and then come to the call. I promise the number you write down will sharpen your senses.

Some three decades ago there was a course, More Money Workshop, where the price was $150+

You paid whatever you wanted, as long as it was at least $150.

Some people paid ten grands for it… because for them it was powerful enough to make ten times more back.

I was at the very beginning of my journey, so I paid $150. Between session one and two I lost my job as an architect, and was virtually unemployed without any benefits for about nine months… And when I look back, that is what I needed to leave my previous profession, and strike out on my own, in a direction that was more in line with my talents.

One thing I learned in that course, something I had been wrong about all my life, helped me through the nine months of near starving poverty, and allowed me to show up as a winner in the next ‘profession’ in spite of the fact that I was a pauper.

You could have similar or better results in this 3-hour workshop… and it is entirely up to you, not to me.

Create a turning point in your life
PS: