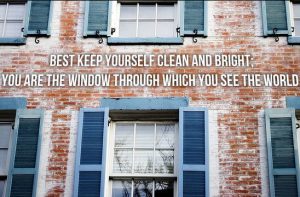 On my call with Paulo, my podcast partner for my Sunday call, I shared that I’d spent four hours in bed the night before. Sleepless. But in the end I did my breathing I learned some 40 years ago, and I fell promptly asleep.

As I was sharing I saw that it is obviously a racket I have, being an insomniac. All designed to gather sympathy… ugh. So I shared that insight too.

This was on Monday. It’s Wednesday now, and I fell asleep both nights in between within minutes of turning the light off. I just did my breathing exercise and that is that.

I didn’t beat myself up. Didn’t ‘shame’ myself, I didn’t brag about it. Instead I saw it, deeply, and acknowledged that I had power against insomnia that I wasn’t using. And that it was probably a racket.

And with that I turned back the power.

I call that public authenticity.

Now let’s contrast it with the things some of my students do, habitually.

They are saying something non-complimentary about themselves. Is that public authenticity? No…

Because saying all those things is a racket. It serves one purpose only: to get you off the hook. To look so bad that you look good… after all if you are stupid, a fake, a liar, no one can expect you to put out. To do what is yours to do… can they?

They can and they do. No one buys your b.s. except you. You pretending to be powerless over what belongs to you, is a racket… not public authenticity.

When I look underneath, on the gene level, what I find is that your child gene, the entitlement gene keeps you stuck in pretending that you cannot possibly do for yourself (or for them), like a little toddler. Who in their right mind would ask a 3-year old to mow the loan, or to clean up after themselves? So these students are still pretending to be powerless… but just so you know, I am talking about the students who had their DNA adjusted… child gene turned off, responsibility gene turned on…

And yet they are still pretending to be hapless.

So you see, just like me: I know exactly what to do when I have delayed sleep insomnia threaten to keep me up all night. I have known it for four decades! But am I using it? No.

So when you don’t use what you have, but instead pretend that there is nothing you can use, and you are a victim: you are running a racket. Or more precisely: a racket is running you.

If and when you can detect an underlying attitude: ‘no matter what I do I can’t ‘ you are running a racket. and at best you make someone wrong, or get off the hook… but otherwise you are paying the piper. I pay with wasting hours of my short remaining time on Earth, them never having the result they would like in their lives… happiness, money, affinity, health… they/we are paying through the nose.

Public authenticity is a great weapon in the arsenal of those who have it.

Another handful has joined their ‘ranks’ since I did the DNA adjustment, and some of those are practicing.

It’s a skill. Not an easy one at that. It starts to really become the huge power when you master it. You want to master it… and because you don’t need another person, you don’t need a class, you need only yourself and authenticity: telling the truth about you pretending is all you need.

One of my students’ main soul correction ‘move’ is avoiding domination.

It’s predictable… and it destroys her life.

It is now, after the DNA adjustment, takes her 5-6 days on average, to disentangle herself from the mess the racket creates. Once she masters the process, the capacity of responsibility, she will be able to ‘get off it’ i.e. return to sanity in minutes instead of days.

Of course, practicing responsibility will also trigger the racket… so she and the other 27’s will have a longer time to practice to get to even good, let alone masterful.

Insight is not enough: it always takes work to cause a shift in attitude and behavior.

The work of ‘responsibility’ is to ask questions… to, maybe, detect the racket, and to own that it was you, and it is you who can get you out of it.

Do you need to be reasonably intelligent to do this? Yes.
Do you need help to identify your main racket that sucks your life dry? Yes.

The people who just scan my articles, maybe even if they read them, will NEVER get there… guaranteed.

Talking to me on a podcast is not enough: you need to sit in the hot seat to actually authorize me to do the work with you… I cannot do it in a casual conversation: I don’t have your permission.

The racket is an intelligent machine.

It doesn’t want to be detected. I had never saw my insomnia as a racket before Monday. And I have been TEACHING rackets for 30 years now.

Why? because the racket is a shapeshifter: it hides itself, and looks like a legitimate complaint.

Every complaint hides a racket. Even ‘committed complaints’ do.

Learning to recognize the racket is mandatory, but ultimately without the responsibility gene being active, it won’t do any lasting changes in your behavior.

Get your DNA adjusted
I close the shopping cart at midnight on Wednesday. So don’t dawdle…

And if you just want the racket course to study up on why your life doesn’t work, and why it seems to be the same thing over and over again… here is the link

Get the Racket Course

I am working on a method that would allow me to adjust more people’s DNA without having to do it individually. I’ll start testing the two methods I saw possible in the next few days.

Today or all days one my students took me through two threads of public authenticity of his own… asking the responsibility questions ‘publicly’… I was the public.

When you do that, some, mostly one of the questions is a special ding… it is like a door that your salvation is behind. My salvation on the call with Paulo came when he asked what is the breathing like… and I looked.

The breathing works because it makes you lightheaded and unless you stop before you fall asleep, it puts you asleep, and the sleep is deeper than usual.

What breathing does that? The rebirthing circular breath… 1. no break between inbreath and outbreath 2. both breaths, in and out, are full, deeper than regular breath.

So far I have never been able to go beyond 10 breaths… Of course it helps if it is your bedtime… just after drinking coffee, etc. it may not work, although I have never tried. It may still knock you out.