The same dastardly thing was done to the word “good” as well. In the case of good, morality was added, in the case of abundance, stuff was added. Now you are totally screwed, no place to go, and I haven’t even mentioned beautiful…

Good is that which most completely fulfills its purpose. A table is good if it is a horizontal surface suitable to place things on it, eat by it, etc.

A human being is good if they live according to the Original Design fully practicing and expanding his capacities of body, mind and spirit. Being giving, polite, helpful doesn’t make you good… it is probably a sign of lopsided living. Just like being blunt won’t make me bad… lol. 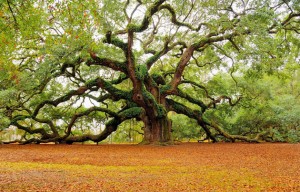 What is the Original Design?

In nature not mitigated, not interfered by humans, there is a certain dynamic balance: not over and not under what can be maintained.

Introduce humans, and the picture changes totally, at least on the macro level. Your atoms, your inner world is still behaving the way it is supposed to, to maintain balance. Your particles are still moving closer and moving away from certain things.

But your mind doesn’t play well with nature: it has its own ideas of what is right and what is wrong. Introduce manipulators, ad-men, governments, and behind the scene people that are interested in ruling you all.

So if abundance is not hoarding, or picking and choosing, or bathing in excess… then what is it really?

It is a sense that all is well with the world. That who you are, what you are, how you do things are just the things perfect for you to be alive, and get what you need, how much you need.

If you would, please re-read the sentence: it doesn’t say “want” it says “need”.

Abundance is having what you need, being who you need to be, doing what needs to get done.

As rare as rain storms in July, right? If OK in one area, you come up short in another.

Now, for truth’s sake, what a Human Being needs is more than an animal needs, so let’s attend to the differences:

A Human Being (that is your goal, to become a Human Being, not just a step above animals, right?) needs intellectual stimulation as well.

Human Being is a Creator… with capital c. Expanding not just in the physical world, but also in the mental/intellectual, and the spiritual world.

Only when you give equal attention to the body, the mind and the Soul that you experience abundance. 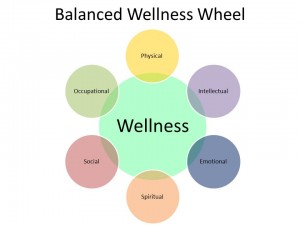 Abundance: It’s an inside job

Most of the people I know that want money, health, love in the name of abundance, neglect, ignore, starve their intellectual and spiritual aspects.

Being lopsided will not give you a sense of abundance, you can be sure of that.

Now, what happens if you don’t do your work: what is the feedback mechanism?

The Soul that sits just above and to the left of the physical heart, talks to you. It will nudge you, gently or harshly, to do what you need to do, if you want to become a human being.

But you barely feel anything other than a general sense of doom, dissatisfaction, sadness, or pressure. You don’t hear the specific signals of the soul, just like a minute ago I heard some noise, and it took me a minute to realize I was hearing the tea water boiling… so I got up and poured the water over the tea leaves.

The difference between you and me, is that I have been training myself to be alert, to be astute, to identify what I feel, what I hear, what I see. You have no distinctions, and therefore you can’t have guidance.

What you now consider guidance is your mind (including the imagination!) whispers to you, and its origin is ALWAYS outside manipulation, advertising, and what you read, heard… none of it is yours, none of it has anything to do with Source or Soul.

One of the misunderstandings we have is that the pain and discomfort we have is hunger. It is true for your stomach: when you have indigestion, you feel hungry, and the eating calms down the stomach for a little while.

But you never actually attend to the source of the discomfort: you are way off, you are not doing your work, you have no integrity.

All the voodoo methods out there for supposedly gaining abundance are making you lazy intellectually, and a fraud spiritually. 2

Why are they doing this? Because you are lazy.

You read gossip, but never read a book that is thicker than 200 pages. You have never developed your brain and have no ambitions about it. You want me to give you my famous Brain Tonic so you can be sharper in the mundane brain activities you pursue… you never consider doing anything really hard, not even once, let alone become masterful.

You dabble. You wing it. You count on your natural intelligence to take you over the hump, which means you never consider a mountain to climb.

There is no abundance in sight until you do. Why? Your integrity is compromised. You are like a highrise building without foundation, or faulty foundation. You’ll collapse under the wind of life. The Wholistic Effortless Abundance Activator removes your resistance, and mitigates your “greed” for stuff, for significance, for pride, for being the best (better than you really are), for being faultless (by not doing anything at all) etc.

It attempts to put you in the abundance state on the level where you really are. It is an unheard of feat, by the way. Instead of having to grow, acquire, etc. you will experience abundance where you are.

If you wish you can start growing evenly, proportionately, from there, in body, mind and spirit.

If you wish to return to the horrible hunger and grief game you are playing now, just stop the Abundance remedy or the Effortless Abundance audio and you’ll be back almost where you have been… It’s OK with me… I don’t need to, don’t have to, don’t want to change you, I just want for you what you want for yourself. If you don’t want Freedom, Peace of Mind, and a sense of Abundance, you don’t have to. Honest.

Now go and get it, or not. Your choice.