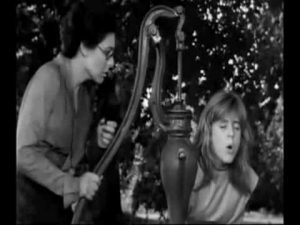 How deep does the rabbit hole go?

Helen Keller didn’t become human until she could connect things in reality with words. Does this mean that Adam and Eve weren’t human until they began naming the flora and the fauna of the garden? Yes.

Humanness is to put word between the thing and conscious awareness…

There is this popular conundrum. What was first, the chicken or the egg?

It is an interesting question, but not a thing depends on the answer. It is a ‘who cares?’ type of navel gazing question, taking the attention off more important things.

Good luck with that.

Turns out that every species has selective seeing, hearing, feeling…

They only want to see what is relevant to whatever is important to the species.

Humans are not different, the only difference is that humans are a speaking species. They decide with speaking what is relevant to them.

Let me say it again: a Human decides what is relevant to him through speaking, through naming it. No naming and it, the perception, doesn’t become conscious, recognized..

So you see, there is a more interesting question than the chicken and the freakin’ egg.

And that question is:

What was first: the perception or the words?

And then comes another question: what was first: the word or the therefore?

So the stoopid Indian gurus are wrong… misleading… but there is nothing new in that.

There is a better thing to look… the ‘belief’ magicians, who promise you to disappear your beliefs.

Let’s look again what is what?

The word is what signals the conscious awareness to take note of an incoming signal, whether it is visual, auditory, olfactory, sensory, or whatever else is. Perception organs, even if they are extrasensory, like my empathy and clearsensar (sp?) perception.

The therefore is what you say about that.

If you feel itching, then the therefore is the scratching. You are unaware that you said something, but you did.

These are relatively easy to see, I say.

But what about the kinds of behavior (a therefore!) that you don’t want. That you would be willing to shell out money to get rid of?

And we all have them… and we don’t have much if any control over them.

Why? Because they are effect and our access to what the root is is not even investigated.

The stupid scientists in Jurassic Park, the movie, restored the ‘chicken’ from the egg…

Belief-annihilators ‘pull’ or eliminate so-called beliefs, that are all therefores. 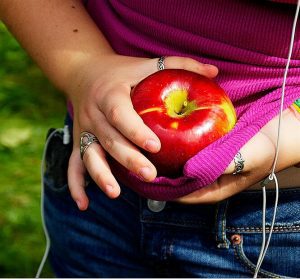 I am only saying that unless you get to the root of a behavior you have done apple-polishing… and it doesn’t change the behavior.

The root is NOT a belief… the root is the word that makes the invisible visible, the original perception actually perceived.

There is a guy I have been working with for 8-9 years.

We’ve gone deeper and deeper digging below his attitude/behavior in life. Yesterday we hit pay dirt… meaning, we (I hope) got to his first word and the first therefore.

In my experience, so far, the therefore is largely predictable from the soulcorrection.

Oh, one more important thing: the word and the therefore is ‘born’ in an incident around age three.

Age three comes up in a lot of ways in personal evolution.

If you imagine the turning points in a child’s life…

…the first is when they are ejected from the Garden of Eden, the womb… and suddenly they have to work for air, sustenance… and they are not happy about it.

They store away the memory to use it later.

And then at age three, the second ejection, they are now supposed to do for themselves what previously have been done for them.

The child’s reaction to this unfair withdrawal of benefits is what happens in that incident. And their reaction to that was already decided at the first ejection.

What am I saying?

Anyway, why did I write this article? Because the roots of your behavior go real deep.

Also there are methods to dig them out.

But… and it is a big ‘but’: without turning off your child genes and turning on your responsibility gene all those methods will create an explanation, but no freedom, no ability to change.

And it seems that even the ‘foresight’ capacity gene needs to be ‘on’ because one of the motivators in change is seeing the future, seeing the future where you’ll keep on doing what you have been doing, and the consequences of that.

My goal is to teach the method, so people can address their own sticky points, their own behavioral aberrations, and straighten them out.

For that, if you are interested, you have to go through the process several times, yourself. Eventually you’ll be able to watch me doing it with other people, and you’ll be able to take your eyes off yourself… But only eventually.

As long as any aspect of the original ‘word’ is still doing its ugly work on you, your self-concern will only allow you to see the aspects of this work that concern YOU.

This is, maybe, the reason Forum leaders’ training used to take seven years in Landmark. To take them beyond the self-concern.

I am not saying you need to be trained for seven years… but I am saying that until and unless you can get beyond your own stuff… you are still concerned about it, and can’t give any attention to another person’s stuff…

Neither to learn from it, nor to learn to actually assist them yourself.

Everything you’ll say will be Tree of Knowledge…

In my 26 years in Landmark, I met only one person who went, once, beyond that.

She was a Landmark seminar leader. She called me once and told me that I was a liar and a gossip. And because there was no concern for herself there, I could hear her, not become defensive (or not much), and the rest is history:

I began owning that I had used speaking to position myself above others… without any concern for them. The result: I catch and correct when I lie, and I gossip much less, but I am now conscious of it and more often than not say: I am gossiping.

You see, the word at my birth and at my trauma at age 3 was that I don’t matter to others.

Therefore… pay attention! T H E R E F O R E it is my job to make them pay attention, to be the best, to put myself upfront, to toot my own horn, or else keep on grieving that no one cares about me, I don’t matter to anyone.

If you are interested in the recording of the session where I got all the way to the first ‘word’ with people, you can.

Find your core issue… so you can change your behavior