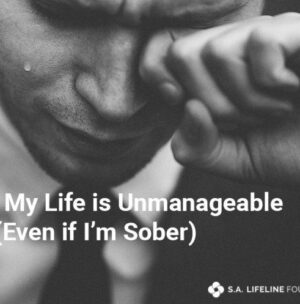 The first step in AA, Alcoholics Anonymous says: We admitted that we were powerless over alcohol––that our lives had become unmanageable.

Whether you know it or not, that is the most important of all the steps. And of life…

Actually, the moment the alcoholic feels that their life is manageable again, they start drinking again, more often than not.

And not surprisingly this is the condition I see you need to change, to grow, to start becoming all you can become.

The methodology of the 12 steps program is groups. Where you are taken to a journey through other people’s sharing. You enlarge your world, your enlarge what you can see…

You learn most from other people’s example. Mostly how not to be. 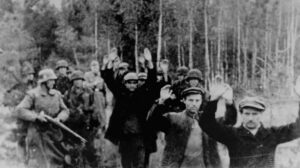 There, but for the grace of god go I.

In a way Landmark’s programs work the same way.

I remember thinking that I was alone being miserable before I started participating in Landmark’s programs.

The biggest life-changer was for me to find out that I was typical in that. In fact everyone is hurting.

One reader keeps on badgering me about what? I don’t understand.

She comments: I know that you’re doing your best and working your ass off as you always do.

Your last three or four articles have not been up to your standards. You say you are not done learning ‘either.’

You need to have a look at what (and when I say look, I mean really see) what that statement means when you say it.

You’ll be better off if you listen to what I’m saying. There’s an enormous question there and you need to rewrite it.

So I am going to take this ‘learning’ as she says and see what I mean by learning. Or was she hung on the ‘either’? I don’t know.

I have been curious what others mean by learning and I’ll start with that.

One of my experiments that wasn’t meant to be an experiment is using and recommending the 67 steps to my students.

Tai Lopez, entrepreneur, geniously released 67 audios, a total of about 66 hours of him talking about everything he learned in about 40 years. The overall truth value of the talks is 30%, three times higher than the books people love. So you are in safe hands…

But the job with those audios is not to learn it… any of it.

The job of those audios is to enlarge your box… the box where you live.

And whether you know it or not you live in a box, and that box is small.

And you live in that box if that were the whole reality… while it is so puny, billions of those boxes can fit into reality, side by side, and fill only 10% of reality.

Even Albert Einstein’s box was small…

So I found that my box was also small. And I used the 67 steps audios to journey and enlarge my box through it.

Muscle test says that through three years of daily listening to the 67 steps, about an hour a day, I increased the size of my box to four times as big.

Don’t be mistaken, it is still small now, even though since I began that journey, my box’s size is now ten times bigger… and yet, it is still puny.

And because it is small and manageable, you feel like the king… The king of your universe.

That gives you false confidence… and the ambition to keep yourself the king of your universe.

So you do what you do… Some of you live in a universe where you are supposed to know… So you read, listen, scramble for knowing. Knowing what? Whatever.

But, listen up! Tai, and now Alex Hormozi don’t teach you something to know.

All three are a how, not a what.

When you want to learn a ‘what’, what the current humanity considers knowledge, what schools teach, you get literally something like wallpaper… Wallpapering your little box.

I meant to say worthless… and I am not sure it came through accurately.

Only activities that cause growth in

And that is what I call growing… The how.

What is the difference between the two men?

The difference is that Alex has the responsibility gene on… turned on, kept on. Working.

And although it may not matter, he turned it on himself… epigenetic shift… when he lost all his money, and had to start all over again.

Hitting bottom is a magical tool that most people don’t avail themselves to, because their box is comfortable and manageable for them.

It would have been so for Alex, but by the grace of god, he lost everything, and thanks to that, he needed to summon all he had to come to the top again.

The child genes turned off, permission, responsibility turned on. And later foresight…

Obviously it is useless to try to teach people the how. People who are OK with their small box, OK with where they are, OK with WHO they are.

You need to be able to create the moments just before drowning to listen  like your life depends on it.

When stewardesses show you what to do when the craft loses air, etc. you don’t listen like your life depends on it. You are forced by a real emergency only…

…and the same way you need to factually hit bottom to listen to the who, and the how… otherwise you just hear noise.

And although it sounds like a wonderful idea to get your DNA adjusted for so little money, and you jump on it, you don’t really need it.

A few weeks ago one of my students contacted me. He had a fever, and he felt like he was going to die unless.

I told him what he needed to do, and he eagerly jumped on it.

A day or so later he felt better, and dropped everything he bought, He lost his sense of urgency.

When your whole existence is directed to outside things, illness, poverty, what people will think about you, you have no inner guidance. You explain the nudges from inside as an inconvenience… You may even take some pills for the discomfort, go to a healer to eliminate it, take Heaven On Earth for it.

It seems to disrupt your outward directed attention… You don’t even consider that it is your inner self trying to tell you something.

And every and all guidance is wasted on you.

I have found that unless you enlarge your box enough so you cannot be the king, unless your world feels unmanageable, the you won’t be able to grow… But if you do, you can… because not being the king is not pleasant.

Let me say it differently:

…then your first job is to create your world where you have to or you sink… or at least feel horrible. Bad won’t cut it.

This is why I only take people to the hero program who have a project that unless they grow themselves they can’t succeed with.

And not only that: you need to see your project as life or death…

Financially I would be much better off if I taught people to live their message like Marisa Murgatroyd. Or to get rich like many people teach. Or teach them to build six pack abs.

Because people learn the what but not the how.

By the way, both people, the ones who grow, live in Eastern Europe… Does it matter? I think so.

I am not sure why, but they are willing to consider that unless they grow, they cannot be happy, fulfilled, and that is not OK with them.

For my first 34 years I lived in Eastern Europe. I had little.

So I put more attention on the inside. On how to be happy with what I had. I felt my inside, my attitude was more important in my sense of happiness and fulfillment than what I had.

Then I went to Israel, and I had even less. Much less. And then I came to the United States, and … you guessed, I had even less. For a while I was homeless, then semi-homeless… I lived in my office, no shower! And in all of the 36 years I haven’t had as much as I had in Hungary… next to nothing.

It has served me well. It’s been the perfect environment for me to grow.

Growth is to look and heed the guidance of the spirit.

The spirit that is dying while you are getting fat and complacent.

The secret is to grow my world by growing the assignment, growing the challenge gradually. So I cannot get comfortable, cannot consider myself the king of my dominion.

Or consider that a relationship, another paycheck, winning the lottery, another business can give me what I need…

If you are still looking to be rescued, to be saved, to be given what you are not giving to yourself, then you are not growing, because you don’t need to.

And your DNA adjustment turns off promptly. If not within hours, by next morning for sure.

Why? What happens during the night?

During the night your lower self, the one that wants you to look outside, to hope for being rescued takes over…

And you are back to having to, needing to, wanting to, and should… all the ways the lower self is running your life.

Even Werner Erhard had to make a big sign to be the first thing he sees in the morning. The sign said ‘You don’t have to‘ 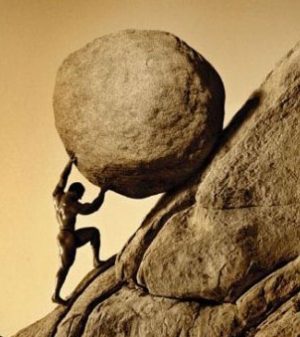 Unless you have your responsibility gene on, you start over every morning the Sisyphean struggle of having to, needing to, wanting to, and should.

For most people energizing their water successfully is the next bigger box. Why? I..have..no..idea.

And when they send me the picture of their water container, now I am adding the DNA adjustment to their water… hoping that with responsibility, they start to see and look at their life differently, and eventually the adjustment will stick.

It can, says Source. So it’s worth the trouble.

For most people energizing their water successfully is the next bigger box. The coherent water also restores the diminished energy due to its cleansing properties. It also tastes good, so you can stop drinking soda, juice, or whatever you are drinking today.

But today I am most excited about its ability to keep the DNA adjustment on.

If you are energizing your water, send a picture of it to me when you think it is good enough to drink.

It doesn’t have to be coherent… all the infusible energies (commands) can be infused in any liquid… they don’t change the structure of the water.

If you don’t energize your water, or are not a customer (regular buyer of my stuff) I’ll infuse it for you for $10 each time… or for $100 a year…

Infuse my water with energies