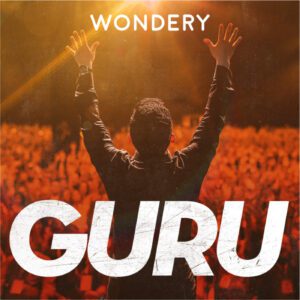 I haven’t been a guru follower, but I have always been curious and skeptical about the gurus reporting about their enlightenment as an incident that started out hard and then suddenly it became funny so they laughed, maybe even rolled on the floor.

What was the funny joke they all shared?

I always had a hunch that if you wanted to keep a secret you wouldn’t share it with anyone… not even one other person. And they didn’t.

So what is a secret you don’t want to share, if you are supposedly a guru, a teacher?

The secret you don’t want to share is that you don’t know what is enlightenment… If you knew it you would at least attempt to share it.

And you don’t need to share notes and find out that what you experienced wasn’t enlightenment at all… That would be financially disastrous for you.

The closest to what it really is, enlightenment, is this totally uneducated Indian dude, but even he cannot teach it.

Enlightenment is a distinction. You cannot teach a distinction through examples, and that is what he tried to do.

So what is a distinction? It is the result of distinguishing.

Distinguishing is the art of finding EVERYTHING that it isn’t, and what you are left with is the distinction.

1. he was trying to teach through an example of a distinction,
2. didn’t follow the ‘definition’ of distinguishing as he did that.

He was doing definition.

When you say everything that is outside of the box, you are left with what is inside the box, and it will surprise you.

What is outside of the box of enlightenment is everything that is ‘normal’ for a human. Turning the other cheek isn’t… is it?

Being slapped in the face is wrong, and therefore it needs to be punished, or alternatively you need to get out of there… if you can… fast.

And therefore everything that comes out of a human’s mouth comes from the Tree of Knowledge, right and wrong, meanings… and thus wreak misery or wreak happiness… a moment or two.

The peasant’s world who says: right or wrong… time will tell… is as outside of normal as a homo sapiens feeding from the Tree of Knowledge dares to go.

Why do I use the verb ‘dare to go’

Because it feels that the earth ends dramatically past that point of ‘we don’t know yet if it is right or wrong’.

Homo sapiens is a flat-earther in this regard.

And enlightenment, the paradigm starts where homo sapiens stops… it is BEYOND… beyond where the flat earth, the normal ends.

I saw that, for the first time, three years ago. Wow, it feels like a lifetime…

I created a whole program to teach it, 90% practice… but I didn’t realize that until people GET the distinction, in their bones, none of the practice will produce what I expected: enlightenment.

It is like asking people to go beyond that invisible barrier between normal and enlightenment, but they stay on this side… and never cross it.

The thousand people who LIVE THERE, don’t KNOW that you don’t live there… They think that you do… because the barrier between paradigms is a one-way mirror.

It is a window from the enlightenment paradigm, and a mirror from the ‘normal’ paradigm.

Neither side can see the barrier. The ones on the normal side see themselves… just like in the saying from the Talmud: you don’t see what is there, you see what YOU are.

And the ones of the enlightenment side of the one-way mirror see you, but sees nothing in between.

They don’t think to tell you what is true for them, because they don’t understand why you are acting all crazy… even though you have the same truth.

And if and when you look at people, they look exactly like humans…

The thousand don’t have Vulcan ears… although they are most like a Vulcan in their relationship to life. Sober. Isn’t drunk with judgments, and hate, and disappointment, and grief.

I am reading Jerry Seinfeld’s big tome ‘Is this anything’ and I am laughing my ass off. Really. Laughing out loud.

The most important part of his humor is invisible to a ‘normal’… He doesn’t make anything wrong, even though he sees that they are anything but good for people. But not wrong.

So is Larry David… whom I don’t know well. I haven’t had a TV since 1987 when I left the last one in an apartment I moved out of.

So I am still a greenhorn, although I am catching up on what is ‘normal’ for people who grew up here.

I said that I discovered the secret of enlightenment three years ago. And about three months ago I discovered why people cannot ‘get it’…

The capitalization is intentional.

Getting is different… It is like swallowing the whole enchilada that creates a ‘state-change’.

How do I know? I have been there.

That subtle difference is subtle, but dramatic.

When we look again at the eight billion and the one thousand, the difference is subtle to see, but dramatic to experience.

The DITCH world of right and wrong. Aka good and evil.

We’ll see if it is a life sentence or not.

I’ve only known of three people who got out of that ditch in their lifetime.

None of the well known gurus, by the way. A not so well-known Indian guru, Nisargadatta Maharaj. My father. And an American entrepreneur, Alex Hormozi.

How did Alex do it? He didn’t do it alone. He had support… the support of someone who was born into it. And circumstances… unfavorable circumstances.

I am here to support you if your ambition is to get out of the ditch… but I am selective. If I don’t think you’ll do the work in earnest, I won’t take you on.

So how do you get to be one of the lucky few that has a chance to be trained to become 1001… and leave the ditch the eight billion lives in?

It starts with your Starting Point Measurements numbers.

If you have good numbers, I’ll invite you to a 1-on-1 conversation where we poke around to see if you are the right fit for this ‘program’.