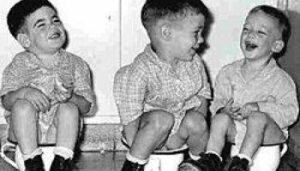 Ever wondered why people never amount to much? You, or maybe someone you know?

Yesterday I had a flurry of conversations with clients and one thing became very obvious by 6 pm: people are trying to handle too many things at the same time. A whole laundry list of things.

Even two is too many.

In our conversations, of course we talk about genes being turned off, and catching certain things… not necessarily your everyday conversations, but when I look, the topic doesn’t matter… maybe not at all. 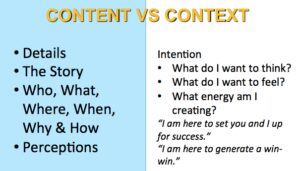 Here are an example…

One client signed up to a low intensity coaching. Her plan was to grow herself… to get 1% better every week… One thing.

Inside that plan she set up to add a second source of income to her business.

She completely forgot about her original project… life affirming, happiness making though it was, it fell through the cracks.

Then she gradually grew resentful, angry, and got to the verge of really being hateful…

She lost the context to her project… the context to everything she did here… And without the context it was just a big big big work project… a should project, too big… A project that has nothing to do with becoming all you can become, or happiness, or becoming a human being… So what is she doing here?!

This happens all the time. 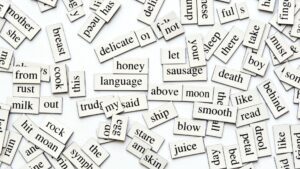 Unless you protect your one thing, it is the one that drops… that is the first dropping plate… and without it life is a drag.

A lot of people teach you to pick your one thing as a thing… and they are often wrong. That one thing won’t light you up even if you are getting good at it. It will be a should.

One guy I know has picked ‘productivity’ as his one thing…

But in the meantime he contracted diabetes…

Instead of picking something as one thing for example ‘being well so he can have everything’… the good life… and inside that productivity is good, but not THE one thing… The one thing, if he picked what I suggested above is the four pillars of the good life… and one of those pillars is health.

But he could pick anything that is on the side of life.

For example, for the client who lost her context and grew resentful and angry, I have suggested that she gets interested. That her ONE THING becomes ‘interested’. Interested in what? Everything and anything really.

Interested makes your interesting. Interested makes her attractive. It enlarges her life… the dance floor where she can ‘dance’. Interested will grow her business by leaps and bounds, because an interested practitioner of any art is as rare as an honest politician.

At this time of the year, the end of the year is coming fast, people want to get in a big last hurrah… in one area of life, and of course they are completely off… and harmful to themselves.

Because that last hurrah threatens to knock the real one thing off… and bring misery even if it succeeds.

Here is an email I got this morning by one of the coaches in the Pirates program:

‘In order for things to change YOU must change.‘ he writes. True enough, maybe even 100% true.

But then he explains: ‘Recently, I desired significant change so I made some dramatic changes in my daily and weekly routines the past couple of weeks that will definitely open your eyes to what is possible for you in the remaining weeks of 2021.‘. 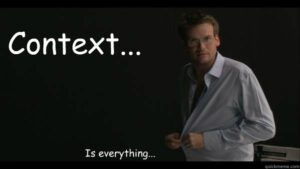 What he hasn’t changed and probably won’t is the context.

Not bad, but not an empowering context.

Wanting, wanting more creates more of itself… regardless of the results. The rat race is wanting more, looking from the outside. A race who will die with the most toys.

By the way: dying.

So not quite healthily, I set it as the context for my remaining days, weeks, months…

Muscle test says I am on my way to full blown depression… when ‘it’ says: ‘Why bother?!’

So I noticed the unconsciously set context, that is not empowering at all. Doesn’t empower to live joyously as long as I can.

And I will make some changes too. I’ll recommit to get up when I wake up, instead of staying in the warm bed and fall back to sleep again.

To resume being ‘boss’ in my life, instead of a hapless little thing waiting for death.

So what is the new context, you ask? 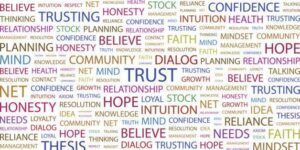 I am already smiling.

You always have a context. I mean everyone.

The result: a life you don’t enjoy.

That is why I am doing the Create context live course.

The third is mostly your job… without it the course will only be able to guarantee 10% of its power in your life.

The course starts on Saturday at noon. I’ll do the first session twice to allow for staggerers joining late.

Catch the live course
If you don’t want to do live… I have an alternative.

That is the power of an empowering context.

I have an older recorded course for you… Instant coherence: workshop living from context. It delivers everything the live course is designed to deliver, except for the capacity/gene activations that I’ll do in the live course. 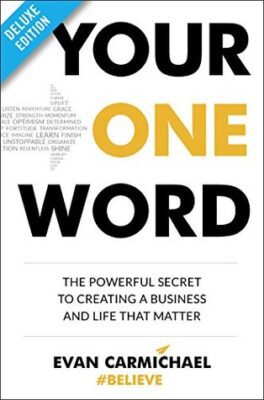 PS: There is a similarity …

between your one-word (by Evan Carmichael, vibration 100). Would it be helpful to follow his teaching instead of mine? Maybe.

If your vibration is low, you’ll resonate with his teaching more than with mine… Low vibration is anywhere below 200.

What happens at 200? You are on the border of two paradigms… so you have a choice.

Is ‘interested’ an example of one-word? Yes. Can it work? Yes.

It is not the word, but you using it to guide your beingness that matters.

2 thoughts on “One thing at a time: What is one thing that could…”