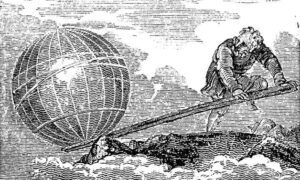 First let me set the context for this article: For the past almost 30 years I have been mainly a mindset coach, and secondarily a healer.

It seems that in today’s climate, in today’s low vibration, low consciousness climate my work is not appreciated.

So instead of blaming anything, my job is to pivot.

When faced with the reality that life is short, these women pivot, and alter their current paths, by way of a series of impulsive, ill-advised and self-indulgent decisions.

Pivoting is using a pivot… a fixed point in reality, and turn around it to a new direction.

‘when faced with the reality that my business is on a failing path, I will pivot, alter my current path, by ways of considered decisions and tests…

and won’t make any permanent decisions until the new path will prove to be both enjoyable and profitable enough for me to pay my bills.’

So this article is pointing to one of those possible new paths:

I am starting a new series in this article.

I am starting with the Healing Codes and Dr. Alex.

Can we order lunch first?

That’s a line from Office Space (1999). Jennifer Aniston’s character asks that… before they sail away into lala land… or Kung Fu land as it may.

Originally, back in 2011, my site generated thousands of ‘hits’ a day. Why? because I was writing about other sites, other practitioners.

And my reviews, instead of those being a sales piece, like everyone else’s ‘review’ written to get commissions gushing how great it is. Instead I dealt with what I call ‘assessments’… Assessments that I muscle tested and that was that.

Surprisingly in all these 10 years I only had one person who asked me to remove my ‘review’ of her from my site.

This new series, starting today, is going to be assessments with a different angle.

As I said above, I am curious why all or most of these modalities, etc. work, in spite of my low ratings of them.

Eventually I want to assemble a series of interviews with the people I feature… Interviews where they can fully express what they do. why THEY think their program is effective, why they think it is worth the money they ask for.

This on the shoulders of my ten years when I was sure that what I do and what I teach is the best… but the ‘world’ voted with their pocketbook… so I am humbled.

I still think it can be the best, but if no one is doing it, who knows? Maybe I am asking the fish to climb a tree, or the bird to swim…

Albert Einstein supposedly wrote, Everybody is a genius. But if you judge a fish by its ability to climb a tree, it will live its whole life believing that it is stupid.

By which I mean that maybe I have been asking people to do and succeed in something they are not capable of doing.

And although doing what I asked them to do, taught them to do would make them happy, successful, healthy, and fulfilled, maybe even liked, they cannot do it.

So I am willing to eat humble pie, and look what other modalities, other teachers, other practitioners and coaches have been asking of their constituency that is more in line with what the clients can actually do.

So back to the Healing Codes.

I bought the Healing Codes, expensive ($2000), big, huge heavy binder… but I had a problem and I wanted it be gone. I had an angry red growth on my arm…

It looked that it was preparing to kill me…

I started practicing the ‘codes’ and on the fourth day, when I looked, the thing was less red, less angry, and smaller. You could see the white of skin where it was before.

After another few days it just fell off, leaving a white footprint.

The ‘code’ that most tormented me was ‘kindness’.

So suddenly I was a raving fan.

I recommended the program to hundreds of people, and many have taken the leap. I personally ‘mentored’ a few of them.

I had already been an energy practitioner at this time, and a good one at that. Strong energies, clear mind… This was after the two hemispheres of my brain decided to join forces… and start to regrow brain function that I lost in my 1998 surgery.

Anyway… What is the Healing Codes about?

why it works if it works, when it works?The modality is, in my humble opinion, is not energetic, it is more consciousness raising.

It gives people enough time to ponder about love, or kindness, or wrong beliefs to suspend what is there… whatever is causing disease or unhappiness.

It works best if and when a person is willing to put their attention on what they are doing.

Here is a comparison:

My Big Bundle is an energy. If you play it, even at a very low volume, so low that you can play it behind anything, a movie, a video, phone call, straight into your ears, it talks to your brain and it tells your brain to pay attention to how the body is working.

The audio only has the command to Source… so it can be whisper quiet. The energy comes straight from Source.

My nighttime equipment is broken, so I can only expose my brain to the energy playing headset from my PC. And yet it works, dramatically.

I only get conscious of the audio playing a very few times on any one day, and yet it is working.

It has brought me from death’s door twice now… and now I commit that I will play it every day, so I won’t get to deaths’ door anytime soon.

In contrast the Healing Codes:

You actually have to spend time with it. It is tiring for the arms, because you have to hold them to your head… And while you are doing it, you have to be present to what affirmations, what ‘energies’ you are supposedly conducting.

Moreover: the Healing Codes cannot activate a human capacity that isn’t already there.

Although, to be fair, it activated the IDEA of kindness for me, and an intense sadness for not having been kind.

I am still not very kind.

Nietzsche considered kindness and love to be the ‘most curative herbs and agents in human intercourse‘.

The essence of kindness is that it takes one’s eyes off oneself, at least for the duration. In that regard it is the capacity of caring, without the outward signs and symptoms.

But caring can only be activated at the vibrational level of 540, above even where love becomes available.

At the present time people are not even going for it.

Today’s ‘kindness’ is 90% for show, 90% to make another or others see… and for the ‘kind’ person to have the right for virtue-signaling… only 10% from any inner reasons.

I have students who have modulated their voice to sound kind… but inside they are anything but… And they know it.

And just so you know: I am well aware of my self-interest in the matter. And I ‘own it‘.

Kindness given away to everyone cheapens it.

Just look at social assistance. When have you seen ANYONE who made something of themselves because they got that assistance? I guess: NEVER.

If you give someone a crutches because their leg is broken, eventually they lose the crutch.

But if you give someone a crutches and money to live on, but take them away if they start to walk: they will hold onto the crutches…

It is clumsy and limiting to use a crutch to get around, but you are getting ‘paid’ to do that, so you do.

But you won’t even consider getting off the crutch and do what is your heart’s desire, because you never learned how to do that, how satisfying that is: you only see the inconvenience of ‘having to’.

There is a brand of psychology that calls this ‘learned helplessness’.

Muscle test says it is not ‘helplessness’ necessarily. It is more like learned smallness?

Yesterday I watched Office Space, the cult movie, where employees in the Initech company clung to their employment, and didn’t rock the boat… hobbling around on the crutches that employment provides.

Anyway, The Healing Codes can be an excellent tool to do two things:

I think I’ll write an article only on kindness… maybe.

Anyway, my life is very weird with its coincidences.

I just got an email from a client who has some bothersome tumors. I meditated deeply to see what would, what could help her get back to health. I muscle tested some modalities, among them the Healing Codes: it tested 10% yes.

That result clued me in that the issue with those tumors is probably a spiritual issue of stinginess, self-concern, greed.

It does sound weird, doesn’t it?

So if I want to help her, I’ll need to prescribe a curriculum for her with energies. Energies that change the stinginess, the self-concern, the greed. All in the Second Phase Activators Course…

Want to know if those activators would work for your problems too?

Ask me. Pay for a brief evaluation… You can ask any health or spiritual question that concern you.

I will provide you with an answer. It may be one of my products, a product from someone else.

It can be just one energy or two from a product of mine. How more customized can you get?

Had the Healing Codes provided this level of service back in 2005, it would have cost me 200 dollars instead of $2000. That is what I paid…

Ask your brief question
PS: Most people try to change not by pivoting, but by scrambling, flailing… and of course nothing changes.

You need to find a fixed point in reality to be able to pivot.

100% of attempts to change without a pivot point are doomed to fail.

Was it Archimedes who said: give me a fixed point and I will move the whole world?

No fixed point… no leverage.