A battle cry is a saying…

Joel Salatin had a lot of sayings. That was the first thing Tai Lopez noticed about him.

One of his sayings is: I want just one thing from my people: ‘no mistakes‘.

Or here is another: The worst thing in life is to get older and realize you got good at the wrong thing.

Every one of my sayings has a function: to return ME to sober, centered, and HAPPY… 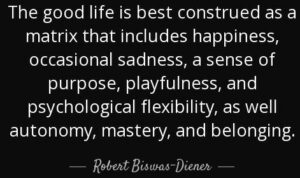 No need to have my panties in a bunch… whatever that picture suggests, lol. 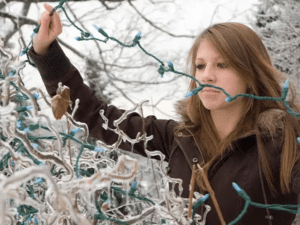 Don’t get your tinsel in a tangle

Mood, balance, happiness all need to you to manage them so the automatic meanings of anything and everything don’t have a lot of chance to take over your life.

The automatic meaning of anything is fear-based.

Unfortunately busy times, like Christmas, don’t allow presence of mind for YOU to stay outside of the automatic meanings… 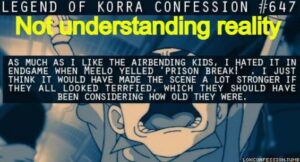 I have been observing this, consciously, since 2011…

If you are smart and have the foresight capacity on…

…you’ll set your alarm every day, maybe even twice, to do some work on yourself, even during the holidays with all their fake love and fake cheer.

Inauthenticity to the core.

You may say like me: It’s all in a day’s work and become untouchable… you may have to say it a hundred times in a day, but please, do say it.

Christmas is an enslavement device. You are supposed to… EVERYTHING JUST SO.

I have relieved myself of those supposed-to’s, and I am happier for it.

I went out Tuesday to put out the garbage.

Half of the street didn’t have their garbage at the curb. They are traveling to spend some ‘merry‘ time with relatives. And when I measure the remaining people’s vibration, it is higher. Not by much, but noticeable.

The saying, the battle cry we invented for my client on the Sunday Calls has already made a difference for him.

He yells ‘Prison Break‘… and we both see the snotty little animated movie character, Meelo who yells it in The Legend of Korra. And the spirit awakens and flaps its wings.

But please know something that no one will tell you, because it cheapens their image:

The shelf life of anything constructive, invented, Life-affirming is short. Maybe even very short.

Out of sight, out of mind.

Some are already DOA, Dead on Arrival.

If your vibration is not very high, if you live mostly in your mind, you need to pull your head out of your ass many times a day… and say one of those powerful sayings.

But what if you don’t have anything powerful, sobering to say… you only have your ‘positive affirmations’ that are not worth the breath it takes to say them?

I recommend that you learn to create an empowering context for every situation you encounter.

One of my clients has gotten into the habit of getting up about an hour before her family does.

Not the reason other people say it is, but because every morning you wake up with the possibility, the context, that disappeared during the night. You, me, everyone.

So she uses that hour or so to center herself, to say to herself what is important and who she is. The context.

You can wake up whenever if you live alone, but if you don’t do that magical self-definition, it takes  about 10 minutes, your day will be out of your hands… and you’ll be a dog wagged by its tail… The what you want to, what you need to, what you have to do, should do… and you won’t be in your power.

No matter who you are… The mind is a powerful enemy.

In Kabbalah they call it the Opponent… and it is. A powerful opponent.

Its intention is to keep you down.

It is your job to be prepared, to have a strategy every day to win in that battle… early in the morning.

Restore your power every morning…

And if you are smart… train yourself to give your word power.

Train your WORD to give it power