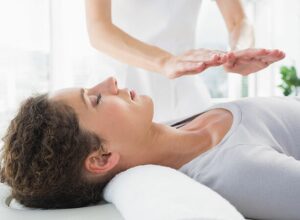 WE all heard of energies, healing energy, hands on, maybe even remote energy transmission. But some energies cannot come from a human, they can only come from the beyond, the god realm. So what’s in the audio? 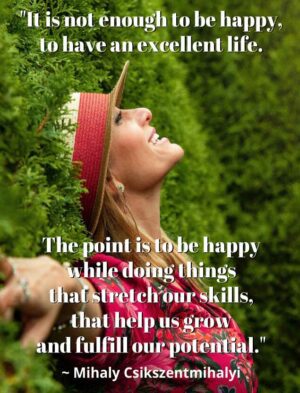 In The Science of Getting Rich book Wallace D Wattles talks about value.

He mostly talks about use-value, which is in the context of Axiology is called extrinsic value.

Systemic: in the mind
Extrinsic: out in the world
Intrinsic: in the god-realm

Anyway, he talks about use-value: the value of a painting for a wealthy aristocrat can be huge, but for a fisherman in the arctic circle… it has no use-value at all. But a gun… yeah, it’s a big value, because of what the gun can mean through a lifetime. Enough food for the lifetime of the gun, freedom, and clothing… HUGE value. 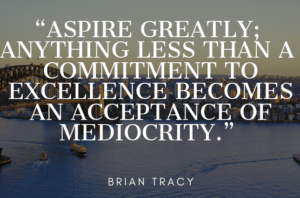 In an experiment I didn’t pre-plan, an ad hoc experiment, probably divine inspired, I offered my 14 second DNA adjustment audio for bidding. 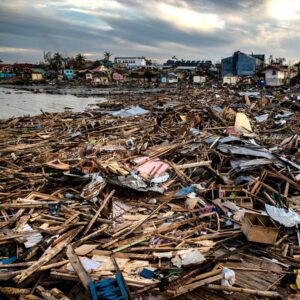 What is your life worth?

If I pulled you out flood water and took you to safety: how much would my action be worth to you?

A dude I am got an email from lives on a small Philippine island that was hit by a level four tornado this past Sunday. He lost everything, and nearly lost his life and his family’s life.

What is the value of everything he owned? His future, that is what.

If he were a slacker, a man who didn’t earn his fortune he gambled on his life, he will be poor now for the rest of his life.

But this dude, from his hospital bed is offering for sale his digital products and will use the proceeds to save hundreds or maybe thousands on the island who are stranded without water, without electricity.

Now we are getting a little different picture of what he it was worth that he paid to get of the stricken island… When we see that it’s taken beyond getting him and his children off the devastated island.

Now the use value includes hundreds, maybe thousands of lives, people who’ll live because he got off.

And if we go even further into the future, he will build a life again, for himself and his four children, energized by WHO HE IS. Someone who gives up immediate gain to save lives.

In his author bio there is this sentence: ‘Thanks to smart planning and personal discipline, he was more successful than he could have possibly expected.‘

Now we are moving to intrinsic territory… god-country.

When someone gets killed and restitution is calculated, they (the lawyers?) calculate a lifetime lost income. 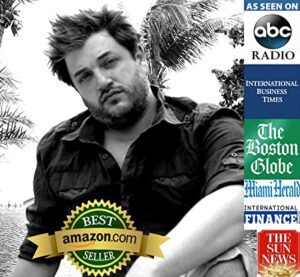 With a dude like this (entrepreneur Jonathan Green is his name) you cannot really calculate the value of a life like that. Why not? because what he brings to his ‘earning power’ are smart planning, personal discipline, and… drumroll… giving even when he is in need himself. Seeing and acting beyond his own need.

So if I offered the DNA adjustment audio to this dude, what would it be worth to him? And would he know it? Would he know to bid high?

His child genes are off… but the rest of the adjustment…, especially the most important one: the causing, responsibility gene is not on.

So if he could see it, he maybe would bid Millions?

What was it worth for Me? What would I bid if i had to bid for it?

I may have only a little time left because of the hole in my hear… so for me it would not be worth, monetarily, millions, even though I am also an entrepreneur.

But I have noticed something dramatic the past month. I have been planning for a future, preparing, putting down the little squares of foundation… and I don’t ever remember having done that… ever.

You see a DNA capacity is like a muscle. Unless you give it the proper workout it would become strong, and won’t do much for you.

And this is where most people miss the boat. Consistently challenging themselves with something they can’t quite do well… yet.

I came up with the DNA adjustment on September 14.

I offered the audio three months after I first adjusted a group of people.

They already experienced the adjustment, more or less, depending on their awareness level. They may have experienced a sense of freedom, a surge of productivity, some evidence that they can cause themselves.

If you are not self-aware, if you don’t look in reality, then you live in a bubble of yesterday. Of stuff you made up, maybe 25 years ago?

Another factor that contributes to you not being able to see the value is low vibration. Even if you, in your desperation will pay anything to get out of your low vibration, never-do-well state. As long as your vibration stays low, the adjustment won’t reliably change anything.

Responsibility is your god-self capacity. Causing.

It is the most valuable thing when it is in the right hand.

I have learned more about people and how they set the value of things than I even knew I could.

One person, I didn’t accept his bid. But I had known him from long time ago I knew he wanted it. So I adjusted his DNA manually and asked him to observe what happens for three days.

His vibration was 170… and responsibility needs at least 200 vibration to take root. I promised myself that if he didn’t see much, even if he offered sky high, I wouldn’t accept it… But when he came back after three days his vibration came up to 200, and he reported a marked increase in his attitude and productivity… so I accepted his new bid.

Anyway, what should I offer you now that I let you see all my laundry.

Yeah, one more thing before I do that:

Some people think that I write these articles to sell my wares to the readers.

But they would be mistaken.

I sell my wares so I can write the articles…

If you have read the book, or seen the movie The Fountainhead, I am Roark. There he says: I don’t build to have clients, I have clients so that I can build.

Something, someone has to pay for my freedom to do what I was put on earth to do: use all my faculties and all my time to see if it is possible to turn ordinary homo sapiens into a human being, the next evolutionary level of human, the species.

Something or someone to pay my rent, pay for my groceries, my haircut, my internet connection, my hosting, my heat (I keep my thermostat at 52 F/11 C … I am not burning your money for a warm house, just tolerably cold.)

And obviously if you don’t appreciate my work, if it has no value for you, then I don’t want you to buy anything.

When you buy a service from me, energy work, muscletesting, you are buying my time… so you don’t have to appreciate my work.

You are paying for my time, as if I were a cleaning lady, doing the work you don’t know how to do or don’t like to do.

I don’t consider you a client. You are a buyer.

You’ll go over my work with white gloves on your hand and make sure you find some dust left in some corner… Something not quite right.

I am OK with that. That is what buyers do. They want the life what they paid for.

OK, with that said: If you want to test out the DNA adjustment energy, I’ll open that up for a few days.

Obviously that is not an hourly wage type of affair: it takes me about 30 seconds to make sure I am connected to you, and the activation itself.

Get your DNA adjusted
The link expires at midnight on January 2.

PS: I am getting emails wishing me a Merry Christmas and a Happy New Year, and many of those emails have a gift in them.

To tell you the truth, I consider every single time I get money (other than when I get paid to do muscletesting) a gift.

So thank you all who have kept me able to do what only I can do… for doing what you can. I truly appreciate you.

PPS: I don’t resent having to do muscletesting for people. Many of those buyers become clients…

And especially around this time of the year, people think of their health… and I can help with that.

Even I signed up to noom yesterday and committed to shed 20 pounds… It’s time.