There is a science to create worthlessness, embedded in your life script

Yesterday during our Context Workshop I shared each participant’s picture with others… if we were on zoom everyone would have known how everybody else looks, but I do my workshops on gotowebinar… because it works for me.

Anyway, I showed one of my clients, one of the participants’ first email to me written back in 2013, nine years ago. He was 18 at the time.

I laughed so hard I almost peed my pants.

What was funny? The gap between the ‘self-esteem’ of the person and the reality: he was an 18 year old little punk, and me a 66 year old woman…

He talked down at me…

Hello Sophie,
I want to buy some of your potions and I’m wondering what’s the cost of Heaven on Earth bundle shipment to Poland (yes, you guessed me right, Sherlock : ) ). Also, how is it sent?
Hugs,
~His name is withheld to protect his privacy.

If you haven’t figured out: this article will be about self-image, self-esteem, and why it is a wholly misunderstood  and mis-represented concept…

What triggered this article is an article on Medium.com…

I wouldn’t even have read it without a quote he put in front of it, a thought starter

I could talk about plants forever, but most of you wouldn’t be interested… but that whole thought is so rich, and applying it to humans is very interesting.

OK, give me permission to indulge myself a little bit, will you? Please?

The plants that are useful for humans, are the plants with flowers that are tiny… all the edible plants, or most of them.

If you apply that to humans, the flashy beautiful humans are largely useless… non-productive, just decoration, or maybe entertainment, tools in the hand of someone not as pretty. Maybe fu.c..able… so what? 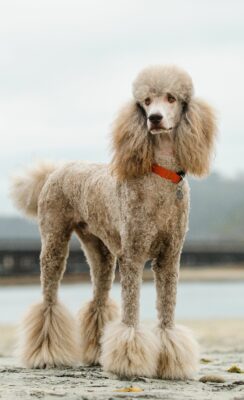 I have a neighbor who has two dogs. One of them is a giant poodle that prances around like a show-horse when she is freshly sculpted, but otherwise she is useless.

How warped our concepts are, how untrue they are, how much they lead to confusion, fogginess, and ultimately to slavery. Slavery to ideas, slavery of ideals, slavery to worthless but flashy, and the never producing.

In my value system being a producer is the highest. Pretty doesn’t get a respectable position.

I studied the work of Dr. Robert Hartman, and studied his axiology the practical use of the science of value. I got trained, somewhat, to coach people with it. Just checked: I still have the manual… but I never chose to pursue it.

Why? Because I have a philosophical disagreement with Robert Hartman.

When I muscle test, not his conclusions, but his basis for the conclusion: the order of the 40 items he asks people to put in the order of importance to them.

I find his order the Christian order.

That is the order of self-sacrifice.

Preferring slaves to individuals. 10% truth value, when you are looking from the point of view of Life… with capital L.

If I had to choose a philosophy, I am more on the side Ayn Rand’s philosophy… again, from the point of view of Life… 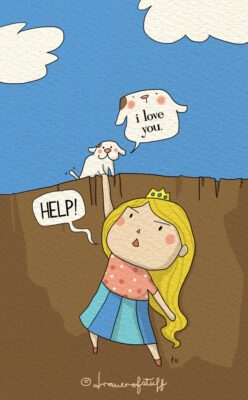 But all in all, I am on the side of the DNA… the DNA what is intended with this species… and what is not being realized.

All of humanity is looking the other way… towards the pretty, the popular, the rich, the despot, the tyrant as the peak of self-realization.

One of the things that has become clearer than it was before. It happened in yesterday’s Context workshop is that your self-image gets in the way of you becoming a producer, becoming a person, becoming someone you can love. 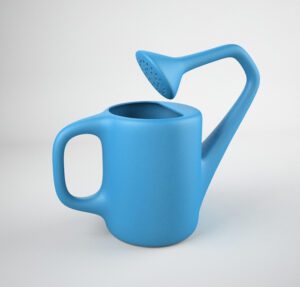 Of course you won’t be a producer.

So no matter if your self-image, self-esteem is high or low, it needs to be destroyed, invalidated, and rebuilt in reality. rebuilt with Life in mind, or you’ll continue being wretched, unhappy.

Because you’ll always feel like you are people, life slighted you.

I have never felt slighted. but nearly every client I’ve ever had had that as the common element: They are not getting what they are due… That is what slighted is.

And it hurts. I know because I feel your feelings…

Your due… as if you had one or any.

You are not due anything. You are fortunate to have life bestowed on you… And now that you are alive, you have things to do… instead of worrying about your f…ing due.

No matter what society you live in, you need to TAKE what you need, not steal, but take.

If I had to paint a picture of your attitude, you are sitting at a table waiting for the waiter to bring you food, but the food is on this big other table. You have to get up. Get a plate. and pick your food.

But you, misguided you are by your idea that it is your due to be given, sit there, like a moron, and guess what: you remain hungry.

And you feel slighted, disappointed, because you didn’t get what is your due.

If you feel talented, you feel it is your due to come out of the shoot and create music that makes people stand up and pay attention. Mozart at age 3.

OK, please don’t take this as bragging, but I am a good person to compare yourself with.

I declared early on that I have no talents.

I managed to get good in quite a few things, the violin, the classical guitar, singing, architecture, photography, writing, coaching, being an empath. There may be more… and, of course I am a rank amateur in many more…

If you have no room for producing rubbish, you’ll never get good at anything.

You are looking at your public profile and you are protecting your self-esteem, your self-image.

Esteem is another word for assigning value. There is, incidentally, no value in reality, so value is always assigned.

If you value talent higher than production, you are screwed… because talent doesn’t produce anything. Only work does.

Ask any producer and they will tell you that out of what they create, nine out of ten will be duds… Or as it is in my case, 99 out of 100 will be duds to one degree or another. So I compensate with very high productivity…

If you don’t love what you do, you won’t be willing to produce many duds for each shiny successful product. 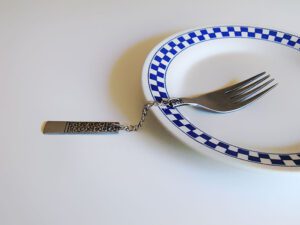 Of course if you live in the binary dimension of life…

…and most do, you’ll classify everything as good or bad, right or wrong, successful or a failure… You’ll never amount to anything, because you don’t learn. And, certainly you don’t grow, because there are no shades of gray, the elements of success in the binary.

What will help you to lift yourself from the binary, the ultimate prison?

Because all this self-esteem/self-image crap other people spew at you, deals with the mucky, stinky level of binary. The morass from the lotus could grow from but isn’t…

Yesterday I suggested to my people to start looking at things from different angles. To build models if they can… and spend time looking at the story  from the outside and from many angles, just like architects do…

Use objects to stand in for yourself and the antagonist… ‘I’ll use the salt shaker for me, and the pepper shaker for my mother who beat me regularly‘ lol… that was an example of a setup. 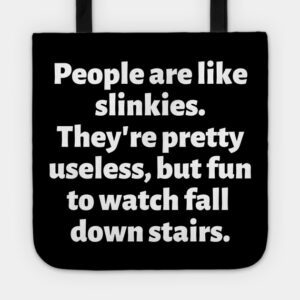 One of the things I benefited from Landmark Education’s six month training (that I did twice for good measure). the Introduction Leaders Program, is that I learned to craft my story. Craft versions of the story, looked at from different angles, to tell to different people.

That process lifted me from the binary where everything was good or bad, to a higher place where things are neither. Neither good nor bad.

I built a museum in my mind, a room I could look at from the outside. 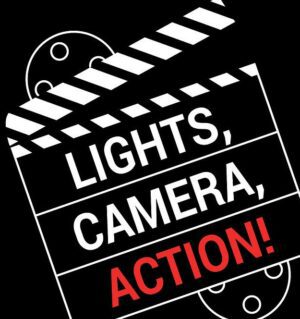 I put the characters, myself and my father in that room and said: Lights, camera, action!

And I watched the scene unfold from the outside. And it was a perfect slapstick comedy scene.

I’d remembered how it felt being in that room and it was horrible.

But from the side it was also funny.

But it can’t be both… so it must be neither.

This is true for everything… In reality (outside of the mind) nothing is good and nothing is bad. It is just an is…

Take your attention off yourself and start putting it on what you want to produce, what you asked to produce. Do it as it wants to be done, and pay attention.

You, your feelings, your thoughts DO NOT MATTER!

If this mortifies you, then my work, becoming a human being, becoming a producer, is not for you.

You are a 99.99 percenter through and through.

A non-producer. Maybe a flower, pretty but otherwise useless.

If you are the .01% brave enough, motivated enough to scratch this ugliness to see if it can be transformed for you, I would recommend the Freedom Courses.

If you want to get a taste of how we do things here, I am going to host a crucial step from the Freedom Courses: the script, the story, your life…

Finding the ‘originating’ moment when you decided what you decided about you, about life. And you have been repeating it forever, and will continue until you manage to look at it from the side and see something different.

It’s not easy, and often it cannot be completely transformed in just one session, but it will give you a taste of how transformation is caused, and how life-altering transformation (=seeing different) feels.

Schedule 3 hours for the workshop.

We are attempting to get done the work Dianetics charges $5.000 for, so it is a serious workshop.

I guarantee that you’ll get an insight of what is keeping you from achieving, from happiness, from fulfillment…

To turn your life around you will need to take that insight and turn it into a breakthrough.

If you’d prefer to get a recording of a previous such session… you can do that too… The less you are willing to risk being seen for what you are, how you are, the less this will work for you.

OK, too much talk. I don’t want to sell you something you don’t want. And if you do want it, you don’t need to be sold.

Sign up to your life script workshop
Tuesday January 12 at 12:30 pm ET

PS: One of my newer clients is worried about his bank balance. He thanked me for accepting a payment plan on my Freedom Course.

Here is my answer to him:

One of the things I’ll introduce on Tuesday is the Driftwood process, where you look at the same thing from different vantage points, and you don’t take your ego, your mind, your thoughts with you: you leave them behind.

And you can look at the thing, like a fast diminishing balance as numbers… that mean nothing. they are just numbers.

and that is a whole different reality.