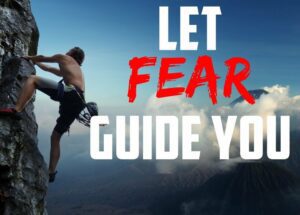 Some 35 years ago I participated in a Creativity Seminar. Creativity: LIVING at risk.

It taught: move towards the fear, call it excitement.

I don’t like excitement. But I followed the command: I ALWAYS move towards the fear… and call it fear… lol…

I take pride in it. Yesterday I muscletested and I am afraid of most things… and have always been. But I allow most fears to guide me towards what I am afraid of.

So I don’t like the ‘maxim’, the lame ass advice people repeat ad nauseum.

Do one thing every day that scares you…

When I say ‘allow fear to guide you to greatness’, I don’t mean try to do it.

Trying means that you didn’t do it. Didn’t even have the intention to do it.

I have some clients that this ‘trying’ is their whole story… They try to do things, they try to play on the playing field, but they get jerked back by some invisible power before they are fully engaged in the doing. Their invisible mother pulling them back from danger’s edge.

Unfortunately unless what you do scares you, you can’t grow.

I am not saying jump into the tiger’s cage… not until you’ve built up to that.

But are you too putz to stare down the tiger? 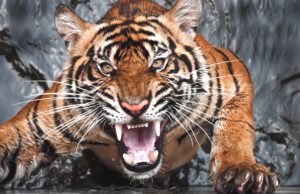 Is it scary? Click on the picture to make it big… oooh… Hell yeah!

Even to stare down the picture of a tiger is scary… scares the hell out of me!? So I practice. And I am not kidding. I have a big tiger picture, a closeup and every few months I practice for a week… I attempt to count the hairs in its ears.

My way of doing anything scares the pants off people… and although I am scared I am doing it.

One of the things people do to avoid being scared is bring everything down to pedestrian level. But certain things die on that level.

My work dies on the pedestrian level.

Why? Because everything I do, everything I need to do penetrates the yet unknown, the beyond what is known. The scary. The uncomfortable.

Not all the way… but enough to not know where I will end up.

Yesterday I did a new workshop. I had never attempted to play with life-script, although I knew of it, knew about it, maybe even have been witness somebody doing something.

For example in one of the Landmark Forums it came up that if you have a predictable cycle in your life… like my relationships end always at three years into it, unexpectedly… Then it is almost certain that you had something happen at age three. 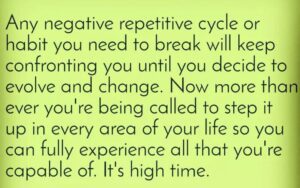 Those are part of what life script is… but not all.

So yesterday we went at it with full focus…

We started in the present: we looked at how people ARE in their present life… find a pattern, and find the root of it.

For example the dude who tries but doesn’t do. That is a pattern…

We found that when he was young he was diagnosed with asthma. And when the other kids played, he was held back by his mother, although he wanted to join the play.

Now every time something attracts him he’d want to go, but he would experience being held back…

So he is a never do well as a result. He hasn’t amounted to much. That is what we want to change. 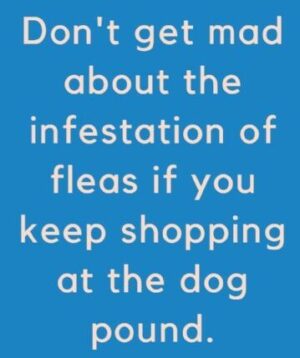 The theory is that if you change the roots the tree changes too.

So how do you change the root?

And what he said and what he felt were based NOT IN REALITY, but the delusion of a young child.

And this is where we ran into some snag in the workshop.

Turns out that most people have never been able to see reality where there are no words, and therefore no emotions.

And if someone can’t do that… this whole work will be useless for them… until they learn to look at what happened from a Martian’s perspective.

Reality has only reality words… no words that have no meaning outside of language.

And that is the challenge. 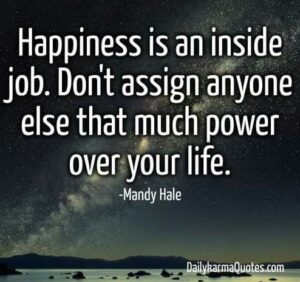 Humanity’s vocabulary is so emotional, that we can safely say, my client who can’t see reality isn’t alone by far.

They live in ‘personal reality’ which is more or less unreality.

And as a result they live emotionally, decide on everything emotionally, and bump into reality sometimes very painfully…

To be able to see reality, even just for a moment, you have to get out of your head and look without words, look without emotions.

I guess it is an intellectual shortcoming… It started out as an emotional issue, but it kept the brain stunted.

So learning and practicing getting out from behind your eyeballs and look at life, look at things can do three things:

1. liberate you to see what is, without the meaning
2. help you to make better choices
3. allow the brain to start growing healthily.

If scientists knew what we know, if scientists saw what we learn to see, then for sure this is what they would call ‘emotional intelligence‘.

The ability to look at the same thing and see the added meaning, see the added interpretation, and see how those words instantly create emotions.

So that is your first job, if you want to overcome this impediment.

So, with what I know now, what are the steps?

Notice that you are trying to use the mind to hear, and that is the wrong organ…

this phase may take longer than you hoped for… but without it you won’t be effective in the next steps, so don’t skip it.

you’ll use the Metacognition videos for this.

When you are good with the videos, you can move to the next step, where

All day. No matter what you do, your attention is doing what it is doing, and you are not directing it. Your attention has a mind of its own.

Your job on this level is to identify where it’s going, and that you are not in control of it. You have ‘mental muscular dystrophy’…

Most of you think, most of you fancy yourself on the third level. But if you start where you are not… you’ll produce more delusions… So don’t. Start on level 1.

And do it as long as it takes.

When you get to level 3, you are, you have become trainable to become emotionally intelligent.

All or my work is only for people who can ‘hack it’… meaning, who have enough intelligence to do it correctly.

It is not that you are stupid if you can’t… it is that your brain is stuck in gear one… and you need to teach your brain to go to gear two, three and four.

I think most people need to LEARN IT… evidently I did…..

I remember back in 1988 I went to the weekly meetings of Emotions Anonymous.

It’s a 12 step program like AA, Alcoholics Anonymous. The first step was: I admit that am powerless over my emotions…

And I felt powerless over my emotions. I knew I had no power over being angry.

So I decided that when I got angry, I would DECLARE: I am angry, and let that declaration be.

In short order I could let anger just be and not act on it. Not yell, not hit, not run, not do anything.

And then I noticed other emotions, and I did the same thing with them, one at a time. Sad, grieving, devastated, hopeless, disappointed, thwarted, etc.

I did all that work, and it helped me unhook myself of the significance of what I felt.

That is how I could start growing into an emotionally healthy or healthier person, and raise my vibration.

I didn’t skip a day. I didn’t take a vacation from this work.

The Opponent, the Devil if you wish, doesn’t, so why should I?

I am not stupid to suggest that this work can be done as homework. It can’t.

The forces of the Opponent work 24/7.

Now it is clear why only one thousand people have freed themselves of the Opponent, and live a life they love.

The rest has a homework attitude… at best.

Don’t be that person… For your own sake.