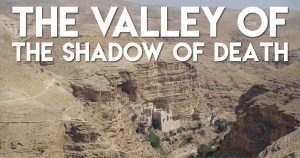 I had a brainstorm the other day.

For a while I have been having an identity crisis: what is that I am really doing… who am I?

Before yourvibration.com I called myself the pathfinder coach…

…like the indigenous guides in South and Central America, or in the Far East they are called sherpas or native guides.

Did I qualify then? Yes… says muscletest. Do I qualify now?

It turns out that the answer is yes and no. Weird.

What’s the difference? It was easier to get to where I could have taken you there… I have gone further… to a place it is harder to get to.

But I can still take you where I was 10 years ago, and it wasn’t bad.

I can teach what I had done. I can hold your hand but in spirituality (and everything else) the work is done by you, not by me.

Climbing a mountain is actually easier than climbing out of the Valley of the Shadow of Death.

One of my newish clients reported this morning that when he attempts to get out of the mind… let me quote what he wrote:

Reading daily your new articles, as well as diving in the old ones, becomes a nice habit. Thank you for sharing your experience and your intelligence with the world.
I promised to keep you in the loop of my experience with attention and in and out the mind.
What I notice is a direct link to my breathing? The moment I am paying longer then usual attention outside of the mind; a feeling of claustrophobia (or just not being able to catch my breath might be a better description) enters my body and some fear enters and I immediately get swiped back into my mind.
So you can tell I probably never been there much before 🙂
I am considering to enter a few new workshops or start to experience some of the activators. Any suggestions? Maybe some of the related ones in your recent articles?
(and in the meantime patiently in the loop for the Freedom Course to start 🙂
Very interesting share… I guess what he is sharing is the crab-bucket experience… In email I asked him to a phone call… I want to be able to observe what is operating that fear, the fear of death.

You might have wondered why it isn’t called the Valley of Death? But here it is… I guess you miss a lot, because you immediately home in, not what is happening but on what you say about what you heard, the shadow of death. The feeling. And the meaning. 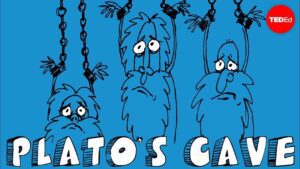 The shadow of death is more threatening than death. Death is natural, while its shadow is frightening… and ever present.

And that is the problem with living on the horizontal plane, that it has only the shadow of things, not the things themselves.

The horizontal plane is Plato’s Cave, the mind.

The fear of anything is more threatening than the thing…

Finding your way out of the cave is, unfortunately to you, something I never had to do. I was born outside of the cave, on the vertical plane…

So I was never bothered by the shadows… although for many decades when I didn’t know I was feeling other people’s feelings, anxiety, fear, worry, anger, rage, we could say that I was exposed to the reaction to the shadows…

Let me see if what I used to get out of other people’s misery would apply to getting off the horizontal plane?

I am muscletesting, and Source says yes. Encouraging.

I am going to look more later, but for now: the essence of what I did was simple:

I asked: do I have a reason to feel this? And 99% of the time I didn’t… so I just ignored the feeling.

So how would this apply to a cave dweller?

What would a cave dweller, you, ask to start distinguishing reality?

Did this actually happen or is this what I said? Is this a thing or is this a shadow?

When I observe my clients attempting to retell their original incident, they clearly have never asked that question.

So good, this is a good start.

Now, for those of you cave-dwellers: what is the problem with living in the Valley of the Shadow of Death?

Other than being afraid of death that isn’t? lol.

One of my clients was about a year old when his younger brother was born.

In an incident his parents came to the nursery that the two infants shared. The parents stood around the bassinet of the newborn. 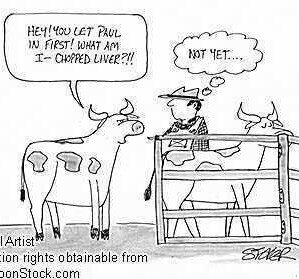 Then and there that the one year old decided: What injustice! How dare they?! What am I, chopped liver?

And he was screaming and howling like a banshee…

His parents ignored him…

Now what happens over the years to this ‘justifiably angry’ child?

1. They can’t grow up
2. They are perpetually grumpy, a victim of injustice
3. They become self justifying, cowardly, self-distancing, distrustful, and unable to be truthful, relaxed and intimate. They behave like a rag doll needing to be held up, and they are perpetually angry at whoever isn’t doing their job of holding them up.

I have had women  authority scream at me: ‘I am not your mother!’

To this day I don’t know what I did to trigger that. Or maybe it wasn’t what I did, it was their mummy issues that made them scream.

Humans are weird when they live in the Valley of the Shadow of death, aka the horizontal plane.

Landmark simply calls this ‘the past’… but I think that is misleading.

One may surmise, one may assume that the past actually happened.

But most of what cave dwellers deal with never happened. Only the guess, only the interpretation happened.

Another student, more agile with her original incident, managed to get that she doesn’t actually know what happened. That is a great start to see that you are living out of a story, not what actually happened.

And even when things happened, so what? Really.

A client, when she was three, regularly climbed into her parents’ bed, between them, and didn’t let them have a good night sleep.

It didn’t endear her to them.

Today she is still doing the same thing, butting into people’s conversation, much to the same effect… she is a disruptive 3-year old… now over 60.

But if I really want to be a pathfinder, I need to be able to lead the majority of the clients out of the Valley of the Shadow of Death… to the light.

Until then there is not much can happen.

I have altogether about a 100 products, courses, workshops, energies.

None of them can get you out of the Valley… You need to want to get out, and you need to start distinguishing that you are honoring a story instead of looking in reality with fresh eyes.

Until you can uproot your original story, it will anchor you to the horizontal plane.

Some of you insist on keeping it, because your entire identity is anchored there.

If that is you, if being who you have been is an important part of who you are, then this pathfinding will not help you… and it is better if you tell the truth and look for what you can do on the horizontal plane… take your eyes off the vertical. You won’t do what it takes to get there.

You are the 30% of humanity that feels totally justified to be miserable, a failure, a loser. I am miserable BECAUSE…

So, now, if you are part of the 70%, and you want to find a way to the light, out of the Valley, your next step is to

When you are done… you’ll be able to be guided to the next phase of the journey, where you learn the rules, the laws, the nature of the vertical plane.

But you can’t jump to where you are not…

Here is a workshop I had on reality… It will give you a push you probably need.

The game is like the crab bucket. Every person in your life lives there, and you have no permission to upset their apple cart but getting out… To every person in the cave their story is sacred.

Your whole life is set up to make the game more and more real, every day.

Even the Buddha didn’t climb out of the cave.

I just muscletested… But if you look at the Buddha’s teaching, you will find the word ‘right‘ everywhere.

Which means: if there is right, then there is wrong. But there is neither right nor wrong in reality… so the Buddha lived and taught from the Valley.

Enlightenment, in this context of horizontal and vertical, would mean: you see what is the essence of the horizontal…

Seeing it is dramatic… but doesn’t take you to the vertical.

It is, much like climbing a mountain, it needs a guide, a pathfinder…

So all the gurus and sages through the ages continued living in the Valley, despite their moments of enlightenment.

Enlightened is someone who sees the alternative, but probably has never taken the path.

Distinguishing the root, the essence of the Valley took me 30 years. And I was born outside of the Valley. Why? How? My guess is I was a fluke.

I’d love to believe that I was groomed to be the pathfinder… but that is probably b.s.

In spite of being born outside, I lived in the Valley for a long long time.

Inkling is like enlightenment… it is a vision of something, not the reality of something. It is still in the Valley.

Getting out of the Valley was gradual for me. I did that journey with my eyes open, I can take you there.

I also have a self-interest: I want to teach you the quiet world and how it works up there…

OK, enough talk. Here is the link to get the Reality workshop recording.

If it’s necessary I’ll do more of those workshops.

Learn the core issue of living in the Valley