Summary: In this article I am turning a leaf in explaining how context is so decisive, and how come your life is a repetitious movie… and how to start living a different movie, a movie that will give you the life you deserve, the life of an Expanding Human Being. 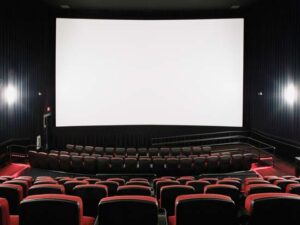 I have spoken about context before…

Imagine going to the movie theater. Normally, what you see there is a screen… nothing on it. But it is furthest from the truth. The screen is never quite empty. 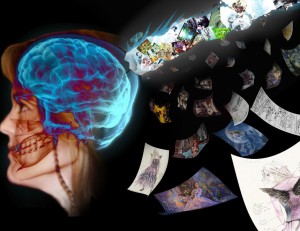 Everything you know, believe is on that screen as pictures. When the movie starts you see something, but you don’t quite see the movie the same way as if the screen were empty. In fact, most of the time the movie projector acts just like a flashlight to illuminate the picture you already have there.

You see the same pictures, no matter what movie you watch… and you don’t even know it.

Now, life doesn’t play out in an actual movie theater with projector and screen, and yet, if you looked at your life critically, your life seems to be the same movie over and over again.

You don’t like it, so you try to change the projector, the movie, the characters, but no matter what you do, it’s the same movie… …and that makes the movie YOU see the same. When someone else watches that same movie, their movie is going to match their pictures, their “already always” context.

It’s already, because even before the movie starts it’s there… and it’s always, because it is always there… it is there every moment of the day or night, it is really the screen against which life is projected… Mostly not a happy movie.

It is there, and it is always there. 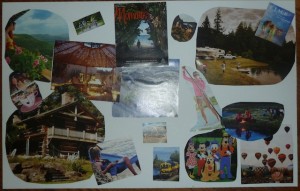 Why? Because those methods are based on pictures on a screen, a context, that there is something wrong, that something else would be better.

But, you see, you always get what the context allows you to get: more of the same context.

The opposite of something is the same but in reverse… more of the same. So what would allow you to see the actual movie, and not the pictures that are already always there?

If you said, an empty canvass, you guessed right. Huh? Yeah, you heard it right. You can have your pictures, and not have them be there while you are watching a movie.

So, how do you do that? You bring NOTHING to the pictures… No, I don’t mean covering them up… you have been doing it long enough and your misery only deepened.

I mean looking at each picture (it’s necessary) and get that they are just pictures, not the truth, not even a true depiction of what happened.

When you examine enough of the pictures this way, you will be able to see the movie enough so you can actually see the movie… not just your pictures.

Bringing nothing to your life allows you to hear, see, perceive what is being said or happening to a much greater fidelity than you have seen before.

Of course, as in everything, there are degrees… you see what’s there to close to zero degree now… and you could, theoretically get it up to 100%.

Now, let’s return to my example: I am able to bring nothing to the context easier than most because I transcend my mind better than most.

I remember listening to my mother recanting every poem verbatim, like a machine, and I didn’t like it. There was no person there: it was like a tape recorder… I remember (I was about 9) to be never like that… so I refused to learn anything verbatim, to the great disappointment of my parents and my teachers.

I insisted to not even learn formulas in physics or mathematics, to do my own proofs, to not take the solution book with me, and never check it even at home.

A lot more work, but in the end I came out a winner. 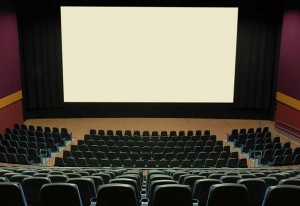 Is it really true that my canvas is blank? Well, no… virtually, yes. But, of course, the canvas is never truly blank, and when I notice anything there, I acknowledge it, and by virtue of acknowledging, I can bring nothing to it.

We see something in the same paradigm, in the movie Groundhog Day. The character played by Bob Murphy wakes up on Groundhog Day until all the pictures on his context disappear and in the process he becomes an Expanding Human being.

It is rare… and it is possible. And if you are “normal”, you need some work.

Now, can you do it alone? I don’t think so. Can you do it without energetic support? I doubt it.

What happens when you take the Heaven on Earth remedy, whether you bought it from me, or made it with your HOE long range… the 40 energies in the remedy find the emotions that lock the pictures in place and release the emotions…

Will the pictures automatically disappear?

No. You still need to bring nothing to it yourself. But it is definitely easier to do when the remedy has released the feeling that kept it stuck.

When the gentleman from my “smart” post wrote again, I responded simply… “take your remedy” and miracle… he was able to get out of the downward spire of the tamper tantrum… and become a person again. Before that, before taking the remedy, he tried really hard… but the pictures had the power, not him.

With the remedy, he was able to reclaim his power.