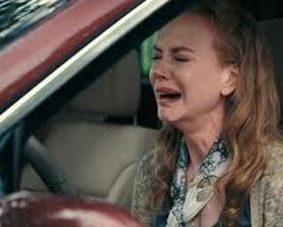 Some people like rants, others hate them. For many listening to rants is entertainment. For others ranting, yours or someone else’s is a release, like a good dump.

I hate rants, I hate ranting, and yet, occasionally getting what bugs you out to the open can be therapeutic. This article… I guess, is a rant.

I think that getting things out to the open, with passion, with a big push, a sneeze, is the real power of support groups or therapy sessions. There people get out a rant here and there.

But not all rants are politically correct.

Back in 1979, still in Hungary, in a posh mental ward, I got kicked out of a therapy group for what I said.

It was just one sentence:

If people were given three day immunity from prosecution and given weapons, every single one of them would use the weapon to kill or at least maim someone.

In essence I had a low opinion about humanity as a race.

In an ideal world nothing and no one has the RIGHT to live or DESERVE to die. There is no rights, and there is no deserve in Reality.

Having a right and deserve are man-made concepts that humans honor as if it came down from some big rule-book from some all-knowing dude or dudette up in the sky.

There is no all-knowing anyone, anything… it is an open ended game.

Originally it was an open ended game, but it was…

Bastardized. In every generation.

And people can and people do.

And the unsuspecting masses are unable to see the big picture, and accept and maybe even consider normal that all they can have is the crumbs, and the toil, and the suffering, while others can have whatever they want.

Muscle test says: it is getting worse, instead of better.

Here are two examples, both make me cry:

1. I joined a coaching program almost two years ago. It promised coaching, and some enticements, like discount on certain softwares I liked.

In short order the coaching program devolved into shooting fish a barrel… the fish barrel where you fish with shooting… duh.

The owners of the coaching program are using and abusing the paying members to peddle their wares, and in short order reduce the program into a cult. Or a ‘company store’.

I have been locked in because of the softwares…

Hm. Is that true? let me find out if I am delusional…

OK, I sent off an email, and have now rocks in my guts… Fear.

2. The second one: I am an undesirable.

Trump and his cronies created a slogan that had a battle cry: let’s Make America Great Again.

It talked to all the disgruntled who unconsciously or very consciously said:

I am great, I deserve more for what I do, but some commies, socialists, blacks, Jews, Orientals, Foreigners are robbing me from my birthright to have something for nothing, for no work.

They come here, bring their education, their degrees, their work ethic and they work and work and work. And they replace me, because I have no education, no sense, I don’t read, but I am an American. I was born here, and that gives me rights.

I refuse to let other people have rights too. Only purebloods no mud bloods no halfbreeds should have rights!

I lived in Hungary, a Russian block country, for the first 34 years of my life.

My parents were founding members of the so-called Communist Party, it wasn’t communist, but the most communist in Hungary. It was a socialist workers’ party, the ‘ruling party’ in Hungary for many decades. 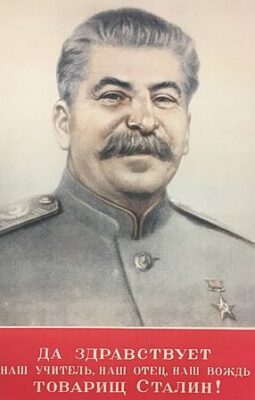 Stalin was the big Kahuna in the Soviet Union that gave the ukase… the instructions, the model how to run a ‘socialist’ country.

Stalin’s slogan, his principle for action was zero tolerance. If you are not with us, you are against us.

During his regime millions were killed. Twenty million, if the numbers can be trusted. More than during Hitler’s regime… We are talking about people killed not in war.

Hungary took the example seriously. We had our own little Stalin, and the killing were copied too.

My parents had to stop discussing things in front of me: I wasn’t intelligent enough to understand that sharing what they said can get them killed. No dissent was allowed… Dissent is not agreeing with the party line.

In 1956 there was a civil war in Hungary. In my opinion without outside physical help there wouldn’t have been. Prisons were opened, weapons were brought in, and the scene was a lot like January 6 here in America…

People rarely have enough energy to rise up… and keep at it. To be organized enough for the uprising to matter.

This is, obviously, my personal opinion. People are sheep, and care more about their families’ safety than about ideology. They need to be incited, organized, and provided with strategy, leadership, and weapons.

Cults are like that, and being a cult leader is the ambition of many of today’s industry or business enterprises.

It takes courage to leave a cult.

I left one yesterday. So far I haven’t gotten killed… but we shall see.

I decided that integrity is more important to me than life.

I can use fear’s energy to motivate myself. For what? For production. To find new things to do. To achieve.

It all takes energy.

And if you don’t have enough, and most people don’t, then you have to be complacent, and live day by day… or more precisely: survive day by day.

Unfortunately I have been sickly since I was born 74 years ago. I have been really weak for at least the last 20 years. I actually can’t remember when it started.

But today I am stronger than I deserve to be, and I have lived past my ‘expiration date’, if I may say so.

I am achieving that by drinking coherent water. By muscletesting my nutritional deficiencies, and food list frequently.

I have found that lately I test vegetarian and many of my clients do too.

I am not sure why that is… when I ask it is not that there is anything wrong with the food, but something has changed in Source’s view, about health.

What? I can’t even begin to know.

So I am now starting, today, a vegetarian diet, strictly adhering to the food list I muscletested.

I have also started on the Sesame Oil. My veins are again almost blocked.

That seems the case for everyone I test: their veins are filling up. Maybe that is the idea behind being vegetarian or vegan.

This doesn’t mean plant food is all healthy.

In assisting my client who has a dry eye clinic, I muscletested a few diet based reasons for dry eye which is quite an epidemic.

Turns out that all grains, especially whole grains that have the ‘germ’ in the mix, cause sever dry eyes… Why? How? I don’t know.

Also every food that needs insulin to process… Even sweet vegetables, so even if you are a vegetarian, you can have serious eye issues…

The food list is very discerning… not some blanket instructions where you need to use your intelligence and discernment.

Although if someone can’t figure out that eating one food every day is bad for you… hey, if you are that type, don’t order your food list. You won’t get well, unless you have at least some intelligence.

Anyway, I am offering a discount on the food list and the nutrition list for the next few days…