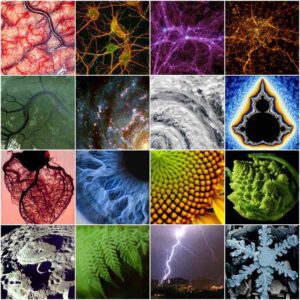 Reality is highly patterned… except that you don’t often SEE reality beyond getting an occasional glimpse.

Scientists know that reality is patterned… because they were looking for it.

Reality is repeating patterns from the micro to the macro. In science they are also called fractals…

They are patterns repeating endlessly. Not just in the visible part of reality, but also in the invisible, inside, underneath… everywhere… starting with the atoms and its smallest elements.

The elements making the patterns are not infinite: they are finite, just like there are only 52 cards in a deck of cards. And not 52 completely different cards: no. 4 sets of 13.

Patterns don’t show up in your visual perception unless you have eyes to see. And… to you, unfortunately, only in reality.

Why unfortunately? Because patterns are excellent guidance.

There is guidance galore… but no one to guide. 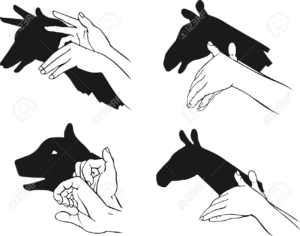 Humans look at the shadow of reality, not reality itself. Because that is where they live: in the dark cave of the mind.

The shadows has very little to do with the items that cast it. Very little or nothing.

Just look at all those conspiracy theories circulating! 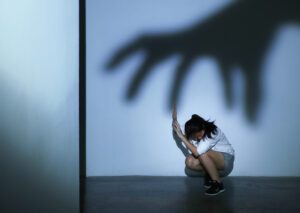 Conspiracy theories would be taken apart at short notice in a world where humans live in reality… But listening to them in the mind where nothing is real… it is accepted as facts, without argument.

In fact, there is nothing else in reality but words. Words instead of stuff… instead of atoms, and molecules, or facts.

Reality is where facts are.

Is it a fact? is an easy question a human should ask, and it would be clear that it isn’t a fact.

Is that a fact? It is a fact that he said that. But is the content of that sentence a fact? No, not at all.

I have been doing this work FOREVER, or at least so it seems.

And now, suddenly, I see it that unless I ease a few people out of the cave of the mind, the dominion of words, everything I teach will be dragged in there…

Because words, in reality, create worlds.

But not in the cave. In the cave every word has the same power: to create more shadows. In the cave you can do one thing: stir the stuff… but nothing changes from stirring it.

Now, after this many years, this many decades, I see my job clearly. Bringing people out of the cave.

Has anyone ever succeeded taking people out of the cave? Muscletest says: no.

Anyone attempted? Yes. Many.

Did they do the ‘right thing’? No.

I think I have already started… and now I am going to put all my energies into distinguishing for you. Teaching you how to know if you are in the cave or in reality.

Because thanks to one of my clients who told me: you don’t know. 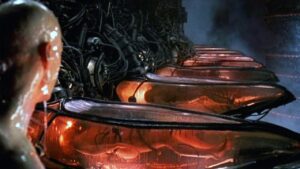 The Matrix is a good film, but a shitty representation of the difference between the mind and reality.

There it is easier to see, at least to the movie viewer, where one is… If nothing else, the lack of color in reality.

Notice that in the cave you also think in black and white… binary. Good/bad, right/wrong, beautiful/ugly, happy/not happy.

In the ‘matrix’ movie reality there is nothing to see, no patterns, no richness, only dark masses.

And even if you look real hard: in the mind there are no patterns either. Things are kind of fixed?

Now, why is it a problem for you that you live in the mind?

Unfortunately none of my work, none of it is effective in the cave.

I never understood why someone can have the adjusted genes working, but their behavior doesn’t change.

Until now I only had one move available to me: to let them go. You make me look bad! I said, and I let them go.

It never even occurred to me that they live in the cave of the mind, and they don’t know it.

Could I try it again with the same people?

Muscletest says no. Why? Because inside their mind I am already the bad guy. And they are the good guy.

You hear the binary?

In actuality I didn’t know what was the linchpin, so I could not pull it. In the cave I am a bad guy.

But in actuality they simply live in a different paradigm…

…in a paradigm where all my teachings are worthless. And they are neither good, nor bad, they live in the wrong paradigm, a paradigm where I can’t reach them. A paradigm where they have no power. Where joy, happiness, fulfillment, is impossible. Only the shadow of anything.

If you watch that little video about Plato’s Cave, Plato was accurate about the situation: you are chained there. Energetically.

Originally humans lived in reality. It was language that slowly overtook experience, overtook and stood in for what it talked about, and created the cave.

It took about ten thousand years…

Some people still live outside of the cave… about 1000.

I wasn’t born outside of the cave. I remember when I came out.

It was a warm summer day. I was in the attic. I was going through papers that had ‘confidential’ stamped on them. My father was in the Hungarian government.

I was a curious young girl then.

One of those papers was a thin booklet about an event in October 1956, that some called revolution. In my family we called it counter-revolution.

The paper looked at the FACTS… not a theory or interpretation. Not story. Facts. And it showed men hanging from lamp poles on Heroes’ Square.

My father’s ‘confidential’ stamped literature opened my eyes to reality.

I was old enough, intellectually, to get that I glimpsed at something that was hidden from mere mortals.

Once you see that reality is a lot more complicated and at the same time a lot simpler than the cave, you make sure you look. You look in reality, you look below things, behind things, or you will see the connection.

You can do it, but you don’t… because you are not even looking in reality.

Doing the same thing in the cave will just bring up more unreality.

In tomorrow’s workshop I’ll attempt to address your fundamental starting point: your doom.

Your doom is part of the cave. There is no doom in reality.

But your doom is part of the chain, or maybe the only chain that keeps you in the cave.

You are held there, circling the drain. EVERY person, not just you.

Unless you are part of the lucky 1000, you have a doom, you have an anchor, and you live in the cave.

I will record tomorrow’s workshop… and if you buy it, you can have the recording.

It is an attempt. The beginning of something new. No guarantee that I’ll succeed immediately. But I promised Source: I’ll try and try and try… And with some people I’ll succeed…

I have some people partially out of the cave already. Somewhat.

All the invisibles, all of them are about the cave… the inner and hidden dynamics of the cave.

Reality doesn’t have those invisible dynamics.

Reality is simple. And full of patterns. Easy living… really. And beautiful.

OK. here is the link to tomorrow’s workshop.

Same price if you just want to recording. If you pay, you’ll have the recording, whether you come or not.

Let’s see what we can do to set you free