Summary: Emotions… without emotions you feel deadened. But you only want good emotions… unfortunately, for you, you can’t have the good without the bad, life is a roller coaster, and you would hate to be stranded on the top of the peak anyway… 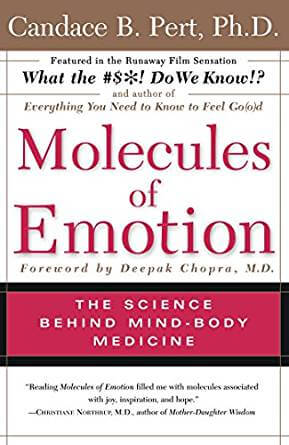 I listened to the audiobook, Molecules of Emotions some 10 years ago in the car. It’s a book written by a scientist, Candace Pert.

I did not set out to be a scientist of emotions… but I was eminently suited: instead of just talking about it, instead of writing about, I can actually verify the “findings”, verify or un-verify the theories by feeling.

This difficulty is compounded by the fact, that most base feelings, just like atoms in the Mendeleev table of elements, almost never occur in nature in their purity, only in molecules… combined with other base feelings.

Certain “atoms” of emotions tend to combine more readily with others, and what you feel is never a base emotion, it is always a molecule of emotion: an energetic combination of many emotions.

In my New Healing Modality, following in the footsteps of Dr. David Bach, we have the 40 atoms of emotions, and we have the energies that counter them, in a ‘fight fire with fire’ way…

Obviously, for anyone knowing this they have to be a true empath and a scientist by nature… or what we get is the jumbled, ineffective science, called Psychology, Psychiatry, and people will never be able to have power… if you think you are battling giants, you’ll be ineffective with windmills. And they, these sciences, are ineffective with emotions.

A student emailed me two articles some time ago, from the NPR (National Public Radio) website… I am going to re-publish these… and attach my notes. These articles are off… because of our inability to detect the base emotional “atoms” and because of our inability to really feel things where they are… we try to feel with the mind, our cultural conditioning, where we KNOW where things are supposed to be felt, and that interferes with, and clouds our judgment.

But here you go:

Mapping Emotions On The Body: Love Makes Us Warm All Over

Close your eyes and imagine the last time you fell in love. Maybe you were walking next to your sweetheart in a park or staring into each other’s eyes over a latte.

Where did you feel the love? Perhaps you got butterflies in your stomach or your heart raced with excitement.

When a team of scientists in Finland asked people to map out where they felt different emotions on their bodies, they found that the results were surprisingly consistent, even across cultures.
Can You Tell Emotion From Faces Alone? A new study suggests that when people evaluated just facial expressions — without cues from the rest of the body — they couldn’t tell if the face was showing a positive or negative emotion. Enlarge this photo to see the answers.
When anthropologists tallied the use of emotional words through a century of literature, they included many books without clear emotional content — technical manuals, for example, and automotive repair guides.

People reported that happiness and love sparked activity across nearly the entire body, while depression had the opposite effect: It dampened feelings in the arms, legs and head. Danger and fear triggered strong sensations in the chest area, the volunteers said. And anger was one of the few emotions that activated the arms.

The scientists hope these body emoticons may one day help psychologists diagnose or treat mood disorders.

“Our emotional system in the brain sends signals to the body so we can deal with our situation,” says , a psychologist at Aalto University who led the study.

“Say you see a snake and you feel fear,” Nummenmaa says. “Your nervous system increases oxygen to your muscles and raises your heart rate so you can deal with the threat. It’s an automated system. We don’t have to think about it.”

That idea has been known for centuries. But scientists still don’t agree on whether these bodily changes are distinct for each emotion and whether this pattern serves as a way for the mind to consciously identify emotions.
Basic emotions, such as happiness, sadness and fear, form the building blocks for more complex feelings.

To try to figure that out, Nummenmaa and his team ran a simple computer experiment with about 700 volunteers from Finland, Sweden and Taiwan.

The team showed the volunteers two blank silhouettes of a person on a screen and then told the subjects to think about one of 14 emotions: love, disgust, anger, pride, etc. The volunteers then painted areas of the body that felt stimulated by that emotion. On the second silhouette, they painted areas of the body that get deactivated during that emotion.

“People find the experiment quite amusing. It’s quite fun,” Nummenmaa tells Shots. “We kept the questions online so you try the experiment yourself.” (You can try it .)

Not everybody painted each emotion in the same way. But when the team averaged the maps together, signature patterns emerged for each emotion. The team these sensation maps Monday in the Proceedings of the National Academy of Sciences.

The team still doesn’t know how these self-reported sensations match with the physiological responses that occur with emotion.

But previous studies have found marked changes in bodily sensations in mood disorders, Nummenmaa says. “For instance, with depression sometimes people have pain in their chest.”

And there’s even some that when you change your own body language — like your posture or stance — you can alter your mind.

Neuroscientist, who was not involved in this study, says he’s “delighted” by Nummenmaa’s findings because they offer more support for what he’s been suggesting for years: Each emotion activates a distinct set of body parts, he thinks, and the mind’s recognition of those patterns helps us consciously identify that emotion.

“People look at emotions as something in relation to other people,” Damasio, who is a professor at the University of Southern California, says. “But emotions also have to do with how we deal with the environment — threats and opportunities.” For those, Damasio says, you need your body as well as your mind.

Most of us are cut off from our body, our feelings, live in our minds, and suppress “negative” emotions, to the degree that we can barely feel anything.

I, for one, could not consciously feel thirst or that I had to go to the bathroom, until a few years ago… Unconsciously I felt, I must have… because I found myself in the bathroom or drinking water… but there was a disconnect between the feeling and the conscious mind.

When I feel people (when they ask for their vibration), many of them don’t breathe… meaning they barely move their chest… as if breathing would put them in danger. Not conscious.

Most feelings are in and around the chest cavity, and when an emotion is there, it actually hurts to breathe, so people don’t breathe.

Some people’s feelings mimic a heart attack. Other feelings, when resisted, tighten up neck or shoulder muscles. Hear this again: when resisted. Only when resisted!

When a feeling is allowed to be, it doesn’t hurt longer than a few seconds, and it doesn’t tighten up the muscles. It is a reaction to the feeling that does the tightening, the pain.

Emotions are like electricity: they move, they MUST move, but your resistance freezes them, and then you end up in need of pain killers, breathing machine, sick with diseases: heart attack, cancer, lupus, ulcers… all diseases are the results of resisted emotions.

Even your extra weight, your sexual habits, your clothing habits, etc. are a result of your inability to allow a feeling to be, and trust that it will be gone, as fast as it came.

When you take the Heaven on Earth remedy, that is the 40 counter-energies infused in water, (the 40 energies are the building blocks of all emotions,) you don’t tighten up as much, you don’t resist the feelings as much. It takes time to give yourself the permission to feel… It is not that there won’t be feelings: your relationship to them gets altered, you will allow them to move over the sky of your being, like clouds.

When you take the Effortless Abundance remedy, in addition to the 40 emotional fighter energies, you get 128 energies that attempt to activate positive virtues that are suppressed because you are suppressing your emotions… courage, enthusiasm, honesty, allowing, patience… 128…

If you yourself don’t change, you’ll have to take the remedy forever if you want the effects to be there forever. On the other hand, if you start becoming an Expanding Human Being, and learn conscious allowing, then eventually you won’t be as tight, as reactive, as hindered by your natural emotions.

Some emotions are triggered by a thought… and you may be able to not think that… but in order to not think something, you have to think it first, have to feel it first… this is the basis of positive thinking… and this is why it is so harmful. It is resisting the feeling and resisting the thought.

Double whammy in destroying your natural state of being happy, and alive.

All the teachers that I know teach you to change what you say… and they are killing you.

One of the facts that made me do a lot of this work was the totally unexpected and alarming fact that Landmark Leaders, seminar leaders, introduction leaders have a higher occurrence of cancer than the general population… and even Landmark graduates. They have to be upbeat, inspiring, and have little permission, from themselves, to feel what they feel, to go through the cycles of life, loss, etc.

And you have been doing that for ever, and it is killing you.