Your prison has no walls… No fences. And yet you are not leaving. You know it well, and the devil you know is maybe better than the devil you don’t… But only maybe.

I welcome this feeling. I wouldn’t have it if I could not ‘fly’ higher. If I couldn’t leave MY prison. 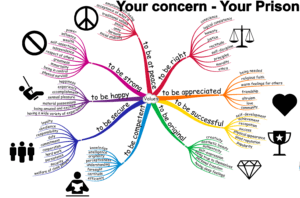 I am working on swimming away from my doom. I am no longer anchored, but habit, and the dominant belief can only be beaten, and even then only temporarily, if and when you set up a life where you have to swim away from your doom…

My doom is annihilation. My guess is most people’s is… Even though the beliefs are different, but the ‘therefore’ that is the inevitable consequence is similar: some version of annihilation.

The threat in the belief: If I become visible, I WILL BE annihilated.

So I have been playing almost invisible, the game, pretending that it is a circumstance outside of myself that is responsible for that, but the truth is: The game is mine, and I am doing it.

So when two months ago, I signed up to a training to learn how to set up a virtual summit and do it, I didn’t realize that I was guided by the soul… and not the fear. The fear of annihilation.

It became clear really fast… and now I am dealing with it.

I am setting up incremental steps, like treating people with phobias… because I am committed to conquer over this…

Now that I see it, my integrity is at stake, that my self-love is at stake.

Back in 1988 I gave up fighting for what I saw possible for me… and I have hated myself for it ever since.

I am going for it again. 34 years after.

Don’t be mistaken. Prison break is a monumental step, and very few ever go for it in earnest.

It is not about breaking the walls only… it is about doing well in freedom.

It takes foresight, it takes energy, it takes vision. And it takes a careful design of actions that build both the energy and the vision… so there is life after breaking out. 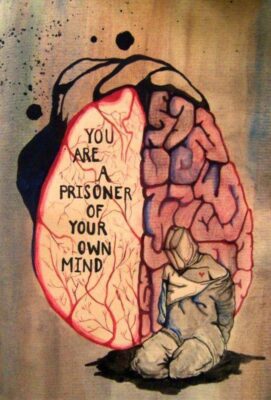 Most prisoners, once released, do what they can to get back to the three square meals and a roof over their heads…

My ‘issue’ with freedom is visibility, and the actions need to make me visible, little by little, until I can become who I can become.

When I was little I decided that if I am noticed, if I stand out, I’ll get killed.

Everyone decided something… as ludicrous, as delusional as the next person… And yet. This must be part of the human condition deciding on at least one prison wall for life. At least. I have more than just this one…

So I have been working on gradually breaking away, like Andy in the movie Shawshank Redemption.

As I am preparing for my second ‘exposure’ to visibility at 11 am today, I am recognizing in myself what people who come to my webinars deal with. It is fear of exposure… the fear that I’ll tell them that in some way they are not ‘valid’. 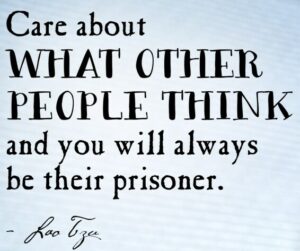 Not as smart as they feel they are, not as something…

I feel the fear part… although I don’t know yet the ‘belief’ yet.

Like you, I am afraid that the person on the other end of the zoom call will diss me, disvalue me, disregard me, disrespect me, as so many before him.

Muscletest says that he is not arrogant. That in fact he is humble. But I am still afraid.

I have the urge to justify, to explain, to force, to dominate the call…

Hm. What would look being respected to me?

Equals. I am a person, you are a person. We respect each other because I respect you and you respect me. I have what I have, and you have what you have. Not competition. Not comparing ‘dicks’… Not a comparison. Apples to oranges. Instead: Sharing. Soaring together. When the sum total of one plus one is way more than two.

The normal is, in most conversations, that the sum total is one.

Is it my fault? 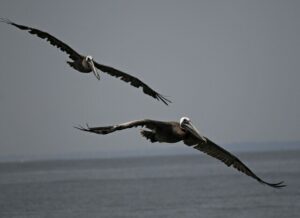 Before I applied to architecture school, back in 1965/66 I took lessons in freehand drawing. I never did that before, and it was part of the entrance exam.

The artist who taught the class lived on the other side of the Danube. About two miles from my parents’ house.

Every week I walked home with another student who lived on the same hill as I did, Rose Hill. Part of the way there was a bridge over 16 rail lines, the Western Budapest Rail Station… It felt to me like flying. The rhythmic steps, the banter between that other student and me.

He was accepted to architecture school too. In school he turned out to be a big jerk. He is dead now, drank himself to death.

But the experience of soaring together never left me.

Two people, neither below the other, soaring together.

Neither soar on their own, nor in tandem with another.

The doom keeps everyone in check…

I call my program Prison Break.

It’s a weekly workshop, combined with one-on-one coaching and energetic intervention when needed.

Our second session is tomorrow at 12:30 pm ET. It is always on Tuesday at that time.

Can you have the full benefit if you can’t make the live workshops? I don’t know. Maybe. If you have a big enough commitment to break free.

The powers working against you are big… so you need a big commitment. I’ll support you if you decide: I’ll match your commitment.

But this class is not the kind where I carry you even if you drag your feet.

This class is designed to be an adult class, where we aim to soar together.

Some people will still circle the drain for a long time before they can even contemplate a direction to break through. It’s par for the course… meaning: it’s OK. There is no hurry on the creative plane.

‘Get busy living or get busy dying.’

Others have a direction, but are afraid, and yet others are already taking some fledgling actions.

Without getting to and taking the actions freedom is not forthcoming…

Even after removing the anchor you are still living in the tight circle around the doom without those actions.

In my humble opinion without a workshop you can’t break out of this prison.

The doom and the cave combined are like a black hole… eating up life, eating up everything.

If you haven’t had your anchor to doom pulled, I’ll make sure to do that for you if you join the workshop.

PS: If you are wondering what you’ll have to do in this workshop, it is quite counter-intuitive.

Your life is full, maybe it is overfull.

What fills your life is fillers… busywork…

I think that this is the hardest part of the course… because you use this business to justify, like a safety blanket, that you cannot do what you know you were born to do… what would make you feel good about yourself. Because you are already too busy.