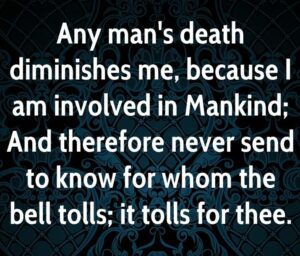 I am having flashbacks.

I hoped I wasn’t going to live long enough to live it in reality, but there you have it… I am.

As I am watching this documentary, as I am reading the comments on Reddit, my only source of news nowadays, I am crying.

I am trying to figure out why these men join the Dark Side… Why is 60% of Americans hate on one another and the other 40%. Why people spout nonsense with conviction.

And then I get it.

Hannah Arendt saw it, and if she could see it, I can see it too.

People can’t and won’t think. They prefer to be thoughtless.

Throwing away the burden of responsibility… and feel ‘liberty’… the freedom to say whatever they want, the freedom to kill whoever has more, knows more, whoever is different…

They want one man to point to who to kill and they oblige. Sure Herr Fuhrer, no problem.

The mindset, the worldview underneath is the same as it is today. But this time the place is in the United States.

Germany was beaten… and that has been the reality.

The alternate reality is dark.

It ate what people were hoping to get, freedom, culture, love, riches. 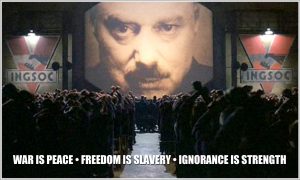 1984, the book, is also a good book to look at. Big Brother, to take over, needed the wishful thinking mindset, the ‘law of attraction’, the manifestation mindset, where no one is worried about anything, no one is working, because it will come to me… it will, I am certain.

You almost certainly can’t, won’t work if that is your worldview. You’ll wait for what is coming to you.

And if you are still working, somewhat, you are dreaming of a rich dude to take you away, or give you a huge business… why work. It just disturbs the ‘world-order’ where you get everything you deserve, and you deserve what you want.

This next statement will be construed as racist, and in a way it is. 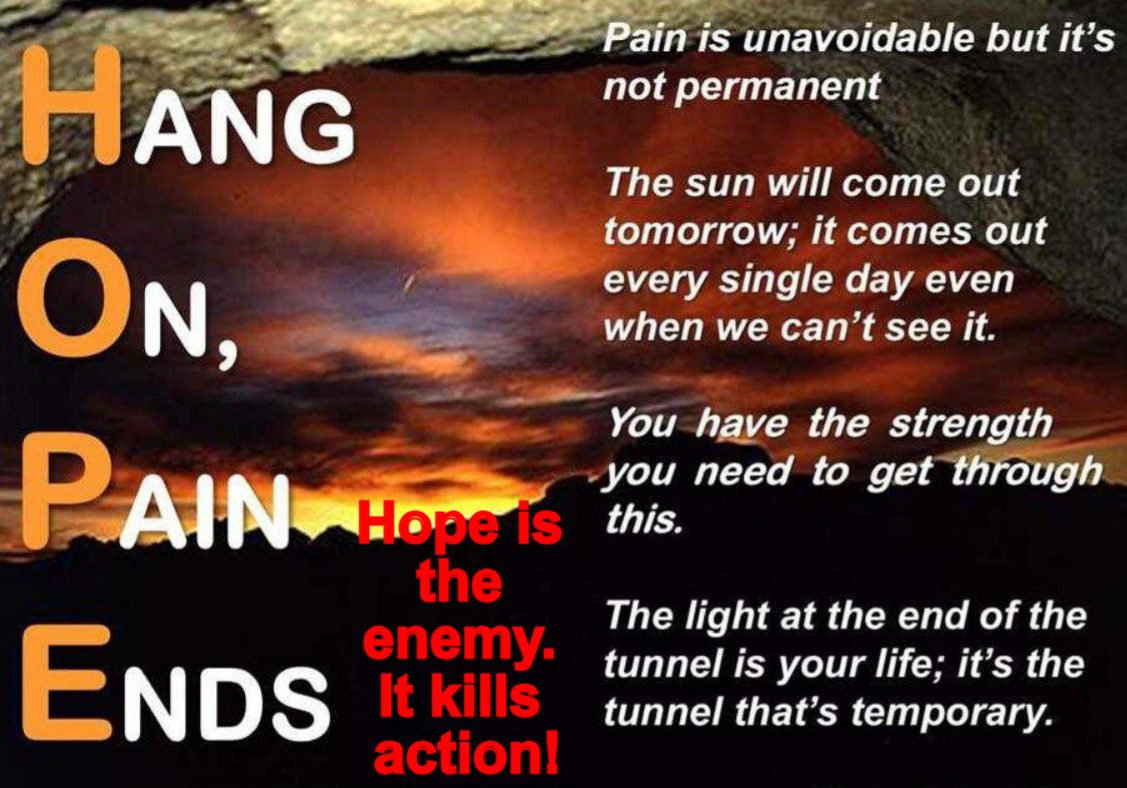 Is it genetic? I am muscletesting. No, says Source. Is it cultural? Yes.

So let’s see what is culture, because I am not sure what it is.

Let’s look it up in Wikipedia:

Culture is an umbrella term which encompasses the social behavior and norms found in human societies, as well as the knowledge, beliefs, arts, laws, customs, capabilities, and habits of the individuals in these groups.

If I needed to point out one important difference between Judaism and the rest, I would say the 10 commandments, Moses’ tablets come to mind. 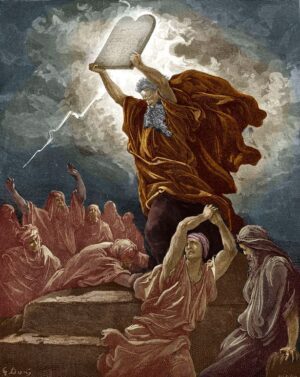 The 10 commandments prohibit Jews from having other gods, to idol worship, and to take god’s name in vain, i.e. to beg for what they want but could work for.

The commandments also say not to covet… anything.

For this new worldview, new religion to succeed, you have to violate the 10 commandments, and covet…

…and worship idols, and take god’s name on your lips in vain.

And you need to live in hope. Not faith, but hope.

What’s the difference between faith and hope?

Said in the language I like to use: faith is based in your experience in reality. Faith as a state is closest to certainty, even though the only thing is certain in reality that things are never certain…

But to have faith, you need to look in reality, and base your actions on reality. Faith is also a lot like trust… I trust that I’ll do what I need to do the make things work.

While hope is most certainly comes from NOT LOOKING IN REALITY, but in the murky stuff in the cave of the mind, building dreams out of those.

If you wanted to conquer an entire species without ever using a gun, you’d need to herd them into the cave of their minds, where you need to appear as the savior, and make them place their hope in you digging out the backed potatoes so they can eat it.

That is where you all are with your pipedreams…

If you wanted to be the savior, offer some catchy slogans, Let’s Make America Great Again. Mind numbing, hopeful.

Just a sidenote: according to Source Vladimir Putin firmly lives in the mind. His actions come from deserving what he wants. And what he wants is to make Russia great again.

Not with work, production, mind you, but by conquering, coveting, stealing and force.

Both Trump and Putin are borrowing a page out of Hitler’s book, Mein Kampf, My Fight (i.e. what I am up to, like a purpose statement), where Hitler fancies himself chosen by god to be the leader of the world, I guess… I haven’t read Mein Kampf, but maybe I should.

Acting as the Savior. The Messiah.

And the brainwashed masses, at least in America, fall for it. 91%

You know people are brainwashed when they cannot think critically any more.

And if you look, people on neither side of the ‘great divide’ think straight… They are slinging poop… like in the mental institutions I’ve had the good fortune to visit.

It’s time to look in the mirror, and consider that you don’t deserve anything.

Any damn thing. And you are paid, or at least you should be, only for the value you produce.

Obviously when 91% of a country refuses to work, really work, then a country is on the brink of going down.

It happened in the Soviet Block much earlier.

So what are the tenets of this mind-numbing, brainwashing worldview where supposedly your hopes will come true, no matter what, and therefore you should just wait for it?

Deserving is, I think, the strongest claim. You deserve…

There must be in it, somewhere, disdain for actually doing anything… Because when I am looking at the people whom I am trying to teach to behave like they have power, unsuccessfully…

…I see a straight refusal to do what it would take them to EARN what they want.

So instead of earning, people opt to deserve.

Instead of working, people opt to wait and ATTRACT.

I think the problem is that I am a Jew. I don’t deal in any of the things this new religion deals in… not in deserving, not in hope, not in attraction.

When I muscletest why the Bible has the need to take the Jews out of Egypt, I find that the Jews found themselves in hope, deserving and comfort…

This is a repeating pattern of humanity! A racket.

The Bible is not a true story, no matter what anyone says. Judaism is a religion, for god’s sake. It is a story to give meaning to life. To give a backbone. Or everyone will make up their own inane meaning.

Not the truth, not true stories, albeit there may be some stories that are semi-true.

Christianity (and Islam!) already made the ground already fertile for this new religion, with the invention of Paradise or Heaven…

According to them you don’t have to work on Earth, because you can just get into heaven, and you’ll be OK.

Can you detect the seeds of hope, the law of attraction, and the ‘living for some future’ bullshit?

In Judaism there is no afterlife. The soul is recycled… The movie ‘Defending Your Life‘ is very Jewish. Watch it. Its main character, not very likeable, does one thing right: he, in the end, goes for what he wants.

If you watch the movie: notice that every single person, other than the recently dead, are working. No heaven.

Jews even work in the imagined afterlife, while other beliefs talk about indulgence, and fun and rest and virgins. Not work.

So yeah, that movie, unconsciously I bet, is a very good depiction of why Jews work and refuse to be brainwashed by the law of attraction bs.

The writer, director and star of that movie is an Einstein… professionally called Albert Brooks changed from Albert Einstein… good move.

Those things are disempowering, i.e. keep you idle and never build anything, not a life, not a business, nothing worth building.

And that was true about everyone. But for one person, to my utter surprise, the backdrop didn’t say anything demeaning about her… instead it said how great she was…

That doesn’t sound disempowering, but it is.

Your parents, teachers, etc. disempowered you by showering you with praise, and showering you with the opposite of praise… I don’t have a word for that… Let me google it: yeah… criticism, and condemnation, like ‘Why can’t you do anything right?!‘ or ‘you are so stupid!‘, ‘worthless‘

Don’t be mislead: the one person with all the self-praise is also idle. ‘One day ‘THEY’ will recognize my greatness…‘ What greatness? To that she has no good answer.

All greatness is achieved with work…

…and she doesn’t work… or doesn’t work on anything that would require her to exert any effort. She cooks. And has been forever… it’s not an effort. No accomplishment. No growth. Other than in her mind. There, in her mind, she is accomplished, and a giant of a person.

I suddenly see a possible new interpretation of The Valley of The Shadow of Death.

Valley between who you are and who you fancy yourself to be, deserving the abundance pipe dream.

But from my point of view, it is even more important that it results in not being ambitious to DO anything. To get skills. Build a knowledge base. Learn a profession. Build something worth building.

It results in idle waiting. By the nature of the backdrop…

So there needs to be a next leg of this process… where the unhappiness is disappeared by the joy of accomplishment.

That part probably will be a lot like gym membership with monitored workouts… so you do what you said you would do with good ‘form’… instead of as drudgery.

On what you should HAVE instead.

I am weeping for humanity.

I would like to have another shot at teaching this system. Live……

Get the Backdrop recording