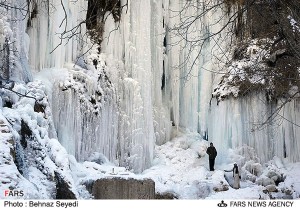 I used to have clients and friends that their biggest complaint of others was that they wanted them to suck it up.

What does it mean ‘suck it up’? It simply means: “stop complaining, and say “f… it!” and move on.

This seems the hardest thing for humans to do… maybe even harder than summoning the courage to be alone, to read, to stop overeating, or do some “real” work.

I wouldn’t be writing about this, if I hadn’t had a recent run-in with the need to suck it up.

As you may know, I am a new Amazon seller. I am doing that so I don’t have to depend on you, my dear reader, on my livelihood, and that I can tell you the way it is, without sugarcoating it, without trying to make you like me… spend money with me… etc.

No integrity in that for me.

So, I have two products on Amazon, and they are selling well. I was on my way to be financially independent from you… lol… that sounds really much like married women would say, right? lol.

I ship the products to Amazon, and they mail it to you… that’s how we do it… Except my last shipment, 54 bottles of Sleep Rescue, got damaged by the warehouse… just this morning. My hunch is that one bottle burst open, and made the whole package wet, so instead of touching something wet, they decided to just trash it. Muscle test says that I am accurate in my hunch.

My loss is thousands of dollars, and two months thrown back, because now they won’t have anything to sell until I can send them another shipment.

I felt irresistible urge to call everyone I know to complain. Then I grabbed hold of myself, and said “Just suck it up…”

I could see, or better said “The Witness” saw that no work will get done for days if I continue griping, weeping, and looking for sympathetic ears. So I just said “F… it” and I’ll do what I need to do so this won’t happen again, so that I get inventory shipped later today, so that I can stay an Expanding Human being instead of going into a tail spin of being “a feverish, selfish little clod of ailments and grievances complaining that the world will not devote itself to making me happy” 1

When someone tells you “just suck it up” they are uncharacteristically loving to you, the real you, not the little clod that you so enjoy being, that you insist on being, that is so entertaining to be.

Snap out of it… let it be, let go… are also effective.

What happens if you don’t let go? And it doesn’t matter whether you are justified to be angry, grieved, frustrated, or anxious… What happens is that the state of anger, fear, grief, frustration, or anxiety take over and start running life, your life.

Your useful intelligence halves itself, and your life is about that thing that you didn’t let go of.

Snap out of it.

Whenever you just want to share because you are bursting at the seams to share, you are either already stuck or will soon be stuck.

Life wants to move, because life’s natural state is to move, to change, to grow. You stop it, like you stop a vinyl recording or a movie stuck on one frame…

Pull your energies back from the horizontal, the sphere of the “other” and move them to the vertical where Life really is. 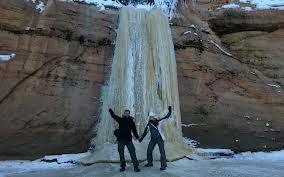 There is no difference between the complainer and the gusher… they are both stuck, frozen in a state, they both rape life, they are both a pain in the neck to all around them… Your whole body, your posture reflects the state you got frozen into… depression, victim, servility, dutifulness, and even perpetual smile, happy, carefree, glib… these are all frozen, inauthentic states and MURDER Life, especially YOUR life. Changing your posture, straightening your back, raising your head, releasing the breath is called “state-change.” Without a state-change you won’t be able to let go of anything, because it is frozen in the state… your physical posture.

In 12-step programs, like AA they say “Let go… let god” This is more than a useless slogan, this is a method, a technology to create grace.

Letting go is a transformational act of courage. When you let go, you are instantly transported to the dominion of god, grace, to the Vertical.

So just suck it up, let go, and you’ll love it.

If you don’t love it, that means that you didn’t let go. So what is there to do is let go again.

I have let go, but as I am doing what I need to do, little grief-balls jump into my throat, the thought of “poor me” jump into my thoughts… so misery won’t let you off that easy.

The Effortless Abundance Activator Remedy has 168 life-affirming energies in it, and it is much easier to let go, when you CONSCIOUSLY drink it… By consciously I mean that you know that you are drinking it for letting go. You will the remedy to work on that. It is your servant, and it will do what you will it to do. Seriously…

Effortless Abundance means letting go… letting go of greed, of fear, of your reasons to not move on