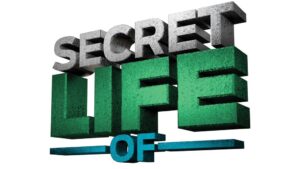 If you managed to listen to the whole two hours of Alex Hormozi answering questions video, you can tell that there is a common way 1000’s think and behave.

One of these is to avoid doing things in order to… Agenda replaced the joy of doing.

The joy of doing?

The joy of being cause.

Humanity as a whole hasn’t activated the ‘causing’ gene. We also call that gene the choosing gene, or the responsibility gene.

I remember when I first experienced it. I probably had it already been working, but you don’t experience everything that is working…

It was in 1977. I was 30 years old and my boyfriend at the time paid for my driver’s education.

It was my first actual driving lesson. I was told to press the gas pedal and the car moved. After a minute of so I burst out in joy. I realized that the car moved because of what I was doing.

That is the joy I am talking about.

I didn’t take it for granted that my action caused.

Ten years later I had the experience that my words, like a ten foot pole, moved the people at whom they were directed.

What is the alternative?

The alternative, depending on your level of self-awareness, you are familiar with:

Those who know the magical state of being cause cherish it and wouldn’t give it up for the world.

But to experience the magic, and attribute it to the DNA adjustment, takes some humility which is in short supply in humanity.

Humility means that you allow something other to occupy the center of your cone of vision, and be the celebrated one, not yourself.

I measure the inverse… how much your self-concern, how much YOU occupy your cone of vision, because it is easier to conceptualize it: you just remove yourself from the center, I thought, but I was wrong. I haven’t had anyone even attempt that… Oh well.

The handful of people who bought the 14 second long energy audio that turns on the DNA adjustment, six or seven genes, I forget, according to muscletest were eager to buy, not so eager to use.

I guess it takes humility to want to move yourself to the driver’s seat and drive your life. I guess fear of being the one who drives it off the cliff also plays a role. The comfort of saying ‘I am not the one to blame‘ also.

When I am doing calls, I do the ‘honors’ and regularly turn the DNA adjustment on.

What we find out in the calls, whether a private call or a workshop, need you to WANT TO be responsible, want to cause, or the call, the workshop won’t work.

Information is not power. Causing is power. And I can’t cause you to do anything, only you can.

Back to agenda. To the ‘infamous’ why. Back to being the dog that is wagged by the tail.

When an agenda, a future, a why, a desire is causing your actions, you are doomed to almost 24/7 misery.

So what shall I do? You should ask.

I habitually ask my students this question when they say they would do something: ‘to what end?‘

To the untrained ears it sounds that I am asking for the agenda, the goal, the why. But I am not.

‘To what end?‘ specifies a direction, but allows you to remain in the present moment, where you have power. Power to do, power to say, power to be. Power to choose what you are doing for NO REASON other than that is what you are choosing.

When you have the agenda, goal, etc. you are automatically doing what you are doing in the Valley of the Shadow of Death. Or as Alex Hormozi says: you live in the ‘I want that because I don’t have it‘ misery.

The higher your desire number the more miserable you are.

It is written somewhere that it is not money that is the cause of all evil, it is the WANT OF MONEY.

And all evil comes with an experience of oneself: misery.

Some soulcorrections are more resistant to choosing and causing than others.

Every soulcorrection that has a number 2 among its three numbers…

Why? I don’t know. I don’t know why numerology would be predictive… but it seems that it is.

The number 2, they say, the numerologists, is about balance and cooperation, which, in my interpretation says that the about-me number of these people will be sky high normally.

And with a sky-high about-me score removing one’s self-concern and turning away from the backdrop, it seems, either feels impossible, or hard.

Which means that people with a number 2 are more likely to be dogs that are wagged by the tale… powerless, cowardly, and forceful.

If you have a number 2 and you are succeeding to any degree, I celebrate you. The more a tiger earns its stripes that further it can go.

Bonnie, my Friday podcast partner has a 2 in her soulcorrection, and is working hard to overcome the big pull of the backdrop.

If you would like to get my last call with her, an amazing call, or even to subscribe to the calls, you can.

The ‘evolution’ is tangible… and is all due to the work she is doing on herself with the technology I created, a powerful, potent, countonable structure for the fulfillment of your dreams and your projects.

Get today’s call with Bonnie
The calls are 90 minutes long and come in my mobile app. The mobile app has a desktop version too.

PS: The word ‘superiors’ comes from the book I loved, The Art of Hunting Humans. I put here to the audio segment that talks about them