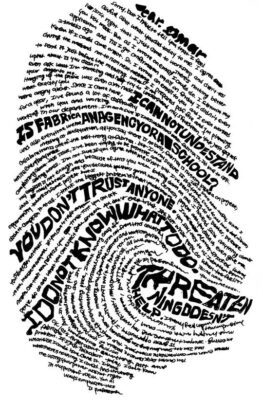 You never change things by fighting the existing reality. To change something, build a new model that makes the existing model obsolete.
~ Buckminster Fuller

The human species was ‘designed’ to reach the stars… intellectually and spiritually.

If it were a spaceship, it came with a design flaw: you need to flip a switch  to leave the earth’s atmosphere, and it kind find the switch.

The switch to unload the earthly attitude is there, but it is incompatible with living on earth as a physical being fully relying on the mind’s translation of sensory information.

So humans can’t find the switch.

Mind you many of them make up modes of imagining themselves flying, heavenly, godlike, but it is all in the mind: not real.

The ‘engineer’ that designed the location and the mode of operation of the switches, ‘he’ designed them a lot like the smooth muscles around tubes in the body. Smooth muscles every child older than three can operate at will… to open or close these tubes.

Swallowing is the first they learn… sucking comes close second. Yes, I am talking about a baby sucking and swallowing.

The other smooth muscles are at the other end of this tube.

There are six similar switches that people never discover and therefore

…humanity remains on the horizontal plane of existence, the caterpillar and not the butterfly.

But my job is to ferret out the design flaws so that the next design can be better for the next intelligent species… and if possible teach a handful of people to flip the switch and rise to the vertical plane.

The one switch that activates the gateway is intention or intentionality.

The word is intention… but word doesn’t operate intention.

Real intention transports you to the vertical…

…where the wants fall away, and higher motivators than want guide you, motivate you, move you . Your self-concern falls away and removes from your eyes as a cataract removed, and suddenly you see much and you see clearer.

You see that being caused is a gift and a blessing. That looking good is cheap substitute for living well. That what you called ‘mattering’ on the horizontal plane is not possible with ground-bound humans, and a futile and wasted effort to acquire… Will NEVER happen.

Ground-bound humans cannot gift you with mattering: they are too busy to want to matter themselves.

When you are on the vertical…

…you can start becoming more of who you can be… and depending on your immediate and larger environment, you can maybe become all you can become.

I managed to become 30% of who I can become. Not bad. You can do better than me.

The challenge, to me, is to find a way to point out the switch in your brain.

When I was training people to connect to Source…

…I was training the to turn on the eye-switch and the Tangerine Spot switch.

I had to do a whole slew of things to take them to the switches.

Three empaths and one ‘normal’ learned and still can turn on the switches.

My hunch is that the ’empaths’ aren’t really tuned into emotions, more into inner movement, that is why they could do it. The outlier, muscle test says, stumbled on the move accidentally, while the rest of the people, hundreds, never connected on their own.

Many of them did connect while on a call with me, but either didn’t have the desire to connect on their own, or couldn’t. I don’t know which.

…(or my reticular activator) to help me finding a way to teach my students to flip the switch for intention.

I may have to teach them other switches first to give them a feel… and the twitchy movement inside the head that turns it on.

This is already a new assignment. This is for the redesign.

The group I am joining hopefully soon has engineers, biological engineers on board, so I guess this group has been around a long time, or it’s a new group for the redesign.

Whoever or whatever did the original design isn’t around any more.

If it is god… he is busy on a different project… and you, humanity is on its own.

I didn’t say but from what I say above it should be clear that I failed to teach people yesterday to turn on their intention.

They were gracious, except one of them.

We’ll go for it next Sunday again.

With the changed ‘rules’ the earlier you join this group the more instruction you’ll have… and a clearer concept about many things… energy, mind, and self-concern.

Source says I can do it… And my intention is set… I WILL do it.

The new rules are: you pay once and you can come to the training forever or as long as I offer these trainings.

PS: The mind doesn’t know about much.

99% of the feelings you have, physical feelings, sensations, visual and auditory included, don’t reach the mind.

So as long as you seek to understand, you are living in the mind and will GET only what the mind can agree with, given what it already has.

I have one student who has been able to turn on his intention.

What is special about him?

He embarked on a training of his body and senses… and he hit on the move that turned on his intention somewhat. With the training I gave him it now turned into a full turning on.

My job is to get through to them. The hardest thing I have ever attempted.

PPS: There are no dark energies in the universe independent of humanity.

Humanity was supposed, by design, to outgrow the whining and self-centeredness of the child, and leave that stage behind.

The president of a country grabbing what belongs to another, throwing a tantrum, insisting they won a game, when they truly lost it… yeah, Dark Side, Dark Energy, desire to receive for the self alone.

And Ray Williams says it will get worse… in today’s Monday Morning Memo.

And from the rabbit hole of the same article:

GALILEE, R.I. – Charles Keville
walked into a temporary morgue
and looked at a body which had
been identified as his.