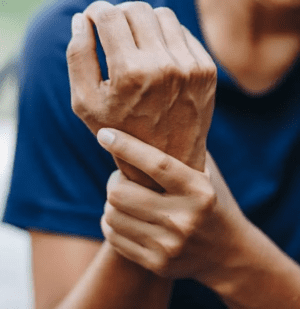 About four weeks ago I decided that I’d do what I can to make my life more enjoyable.

During the pandemic I packed on about twenty pounds. I stopped walking, and started moaning.

I started to restrict my food intake… signed up to noom. It looked absolutely hopeless.

With as little food intake as 1000 calories a day I was still not shedding an ounce of weight.

‘OK, I’ll be a fat corps‘… I said to myself, ‘but while I am still alive, I want to be able to move about without much moaning.‘ 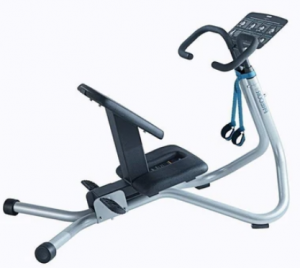 A year or two ago I bough myself an exercise equipment I had coveted for twenty years. A professional Precor stretchtrainer. I fell in love with it in the gym, but never was willing to swing the thousand bucks it cost.

But it being the pandemic and all… it was an emergency.

And then I used it for a coat rack… lol. For two years.

So when all my calorie restricting efforts failed, I decided to start exercising, gently, again… and hung up the clothes that were on the machine… and… nothing.

So I turned to what worked for me 20 years ago. I decided that I can’t have my morning tea until I do my stretching for the day.

That was about a month ago.

Here are my results: I have dropped five pounds. I am now eating normally, or maybe even better.

Source has decided to switch up my diet… and now I can’t eat meat or any kind. Vegetarian. Plant based foods, except some fish, some milk products, and an occasional egg.

So this morning I had a heart to heart conversation with Source: why I am dropping weight effortlessly, while I am eating more. And I am eating carbs like nobody’s business too.

Here is what I found out:

All disease is caused by some blockage. When you manage to remove the blockage, the disease can go away.

OK, but what causes blockages?

That is a really good question.

So when the energy cannot flow normally, without encountering the resistance or the blockage, you get sick…

In this regard overweight is a sign of disease. Disturb or blocked flow. 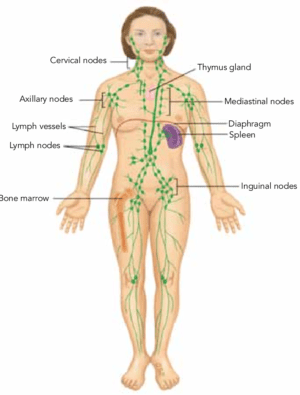 Because I am so aware, because I am an empath, I can feel when the lymph starts to move. And I can also tell you: before I started to do the stretching daily, the lymph wasn’t moving.

What is the lymph?

It is a circulation in the body, much like blood. But its job is to take away toxins and other byproducts of life from internal organs. When the lymph is slow or doesn’t move, your organs cannot work normally: the byproducts are piling up and prevent the organ to do what it is supposed to do. 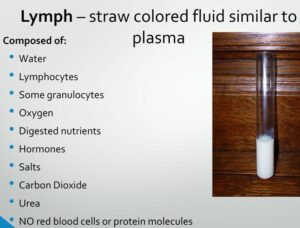 So causing the lymph to flow again…

…is like draining the lake in which you are drowning… so you can walk to the shore and be ok.

What does depression have to do with lymph, stretching or blockages?

Depression is like overweight. It is a stuck state. No flow. Stuck.

Any emotion can be at the root of depression…

Emotions are byproducts of thinking. Animals don’t have emotions.

And any emotion can get stuck if the thinking, the words get stuck.

A normal emotion is like a cloud on a clear sky… moves. It is there and it’s gone.

But some emotions get stuck… and then you get sick.

Being alive is a feeling. Pleasurable.

And you can experience it under any circumstances, even in solitary confinement, if and when you have the wherewithal, the foresight to do your stretching.

What happens to your self-concern if you keep on stretching?

Self-concern is a blockage. In this work we liken it to a scenario where one of your feet is nailed to the floor. Obviously it will block you from going anywhere, you’ll just dance around the stuck foot…

I could also liken it to scarcity. The most important element of scarcity, the mindset, is wanting and needing something you say you don’t have.

Any wanting, any needing creates an instant blockage. A tightness. And to my surprise: even that can be eliminated with stretching.

All wanting, all needing says to yourself that you live in lack, that you are not OK.

Most goals say the same.

When I set up my stretching regimen, I didn’t have a goal in the wanting and needing sense. When I look, I did set up a don’t-want type of direction… I don’t want to feel crippled, fragile, and old. And I definitely I don’t want to fall and die.

I measure if you are a should or a shouldn’t type in the Starting Point Measurements. Wanty or don’t wanty… lol.

Wanty and needy people have a lot more blockages than don’t wanty people.

Want and need also repels people and what you want…

Thinking on the systemic value level is also going to create blockages.

My longevity in business, in spite my obvious lack of skills, despite my not so friendly style should be proof, that my attitude, not wanting, not needing, and not saying ‘wrong’ is a better attitude than most.

One more thing, and this is going to surprise you, I promise.

Your stomach didn’t like what you put into it. And it is acting up.

And what most people do when they have indigestion? They mistake it for hunger… so they eat more.

Same with Indian, Thai, or any foreign food.

Genghis Khan’s son, who became the Great Khan after Genghis’ death, was an unhealthy fat slob. He ate and drank stuff that didn’t agree with his body that would have stayed slim and strong had he eaten and drank what his ancestors drank.

His brain didn’t quite work either. Because blockage is all over…

So if you are not as limber, not as battle-ready in life as success would demand of you… maybe you should attend to some blockage elimination.

My stretching on the machine is shorter, less than 10 minutes… and more effective, because the machine makes sure I do the stretches with the right FORM.

FORM is as important as anything. If you don’t stretch the right way, the parts of your body that are stretched are not where the blockages are. 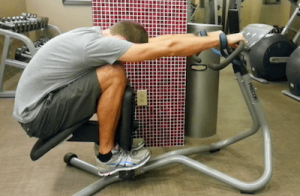 I just looked an saw that Amazon has the same Precor Stretchtrainer I have for a little more than half of what I paid. Darn! And they even have a payment plan…

The only sticky point: it comes in a box… and you have to assemble it. It was difficult, but your little 75 year old teacher could do it… so I guess you can too.

With regards to indigestion:

No stretch will eliminate indigestion…