The best symbol of restriction is the chimney. And Forrest Gump

They are, I say, the symbol for growth… Only one way… up.

So if life, what is ‘normal’, the expectations don’t restrict your activities, behaviors, then how can you reach excellence? 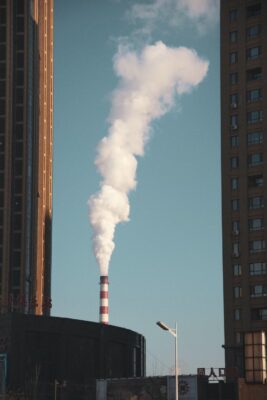 You either put yourself in an environment where it is the norm, or you self-impose restrictions by discipline.

But what happens if your child genes, if your entitlement genes are still on? 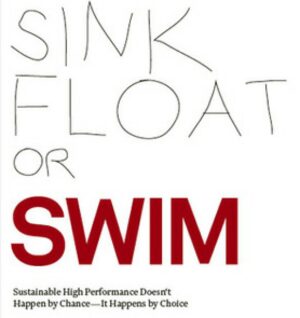 On deeper thought, one of those entitlements is designed to turn off when you go to school… real school, not kindergarten.

And the second entitlement gene was designed to turn off when you find out that you are on your own. It is supposed to turn off then… but if the parent, or society insists on not letting you ‘sink or swim‘ the gene won’t turn off.

If your entitlement gene didn’t turn off… you have a hard time self-imposing restriction.

You yell inside: I am not going to be a slave. You think freedom is getting out from under pressure, any pressure… Getting off the hook. For you the hook is slavery. And you miss out on a life meant for a human: accomplishment. You live the life of a fish…

Where your life is heading is determined by what restriction you resist. If you want to change that direction then you need to stop resisting the restriction and dive into it.

Freedom is recognizing and using your limitations.

Limitation is another word for restriction.

Intellectual giants, or any high achiever did just that. USED their limitations.

Either used the limitations imposed on them by nature or nurture, or created them.

So what kind of restrictions, what kind of limitations can you impose on yourself to enter the strait and narrow… and start growing yourself or your skills?

Judging from the forceful resistance my students demonstrate…

I put people in a program, the Hero program to drive that resistance up. The program and its requirement of three daily tasks that are designed to take you or your life to a much higher level.

The requirements are restrictive.

I am sure that the habit is the schoolchild’s strategy to get off the hook, to survive, and get away with not learning anything.

Instead: there is the homework attitude.

Curiosity, the desire to know is missing.

Curiosity is also a restrictive force. It doesn’t allow for the kind of existence a puddle has. Curiosity makes someone an arrow. Straight and powerful.

When I look who to bring up to model yourself after if you want to use restriction and limitation as the source of your power, I ultimately settle on Forrest Gump.

I am a lot like Forrest Gump in that I do best when I have narrow limitations. I am most creative when there is barely enough room on my desk to put down my teacup.

There are really three ways a person will prevent themselves from growing:

1. they resist.
2. they move out of the way.
3. Or they say everything is open and possible… so they never choose

Choosing is a restrictive action.

The most important thing you can do, be, have is allowing. Put aside your self-concern… put aside wanting to be right, even to look good, wanting to dominate, wanting to justify, and just allow.

My father, one of the 1000, said to me when I was a child: don’t resist. It will be that much faster over. I don’t remember the exact words in Hungarian.

But it served me all these years. I accepted the limitations.

By the way: coaching, guidance are limitations. Restrictions.

And instead of becoming putty in the coach’s hand, I see people become resistant and belligerent.

If you see that you’ve chosen a coach whose view of success and the path is unacceptable to you, then don’t be coached by that person.

That is what happened to me. I was in the Profit Pirates coaching program. When I looked at my coaches I was appalled. I didn’t want to be like them. So I quit.

If you resist my coaching what you are telling me that you don’t want to go where I can take you.

But until then I am your solution to a society that wants you to be a puddle.

The separatists, the protesters, the truck drivers, the Putins, the Hitlers on one side, the woke, virtue signaling liberals on the other are all killing Life. They are all motivated only by ‘desire to receive for the self alone’ the only evil there is.

Your job as a human is to become who you can become.

If this is not what you want, then why the heck are you reading my articles? You want to know what the enemy says? Yeah, some of you.

The story plays out in 3508. A group of people went into suspension about two thousand years earlier.

What they find is humans who devolved into predatory animals.

In my feeling, and obviously I am not a fiction writer, that is not the direction humanity is moving. It is moving towards self-annihilation.

This theme, restarting humanity, is in quite a few books that I have read. A manufactured epidemic kills everyone but a restricted group of the rich and powerful. New Eden, etc.

That is not a likely story either… because just because someone is rich and powerful, it doesn’t mean they are not evil inside… au contraire… just the opposite my dear.

So looking there, at that future, it is even more important that you become all you can become. After all you only have one life.

Karma may be real, but reincarnation isn’t. Afterlife isn’t. The virgins in paradise isn’t.

But unfortunately, unless you use restriction, use your limitations, you cannot become the best you can become.

And few are ready to use self-restriction, if my observations are accurate.

So put yourself in a program that can do that for you. Unless you are a 27. Or a 25. or a 23. These are soul-correction (tikkun) numbers.

There may be more soulcorrections whose desire to get off the hook is stronger than the desire for anything else.

Your soulcorrection is a restriction, a limitation that either keeps you puddle-bound or can catapult you to soaring.

It depends on your actions, on your relationship to restriction.

As you see, your soulcorrection is both a blessing and a ‘chimney’… that you’ll either use or resist.

In the soulcorrection workshop we examine this…

Get your soulcorrection strategy
I recorded this workshop in 2013. I have had a ton of insights since, then, some of them are in this article.

When you go to the shopping cart you’ll see an option to add a live session… If you are serious about finally starting to grow, make sure you come to the live session. This whole idea that soulcorrection is a useful restriction just occurred to me. Source says I am right on… Until this morning I didn’t know.