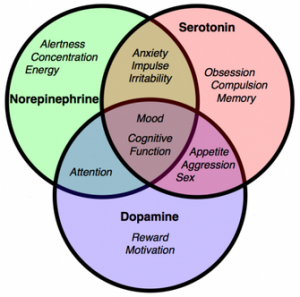 Summary: Distinctions are windows to reality. They are questions asked as the beam of flashlight shine on reality but pointing out only the parts that answer the questions.

This article will shine a light on the question: how secure are you in who you are? Do you survive the onslaught of energies of the horizontal, the masses, the Facebook stuff, the “friends”, the media, the Dark Side energies… Can you stay who you are while all that is going on? Do you even know who you are?

My horoscope for this week: VIRGO (Aug. 23-Sept. 22): “I prefer an ecstatic orgasm to a lot of angst,” says Filipino artist David Medalla. I hope you consider making that your battle cry during this Valentine season. It would be in rapt harmony with the current cosmic omens. There really is no need for you to get sidelined by anxiety or distracted by stress when the natural remedy is so easily available. In every way you can imagine, fight off sourness and dourness by engaging in acts of joy and pleasure.

For 13 years I sought and found guidance in Rob Brezsny’s weekly horoscopes. Except maybe three times, it was the perfect “spiritual practice” for me to do… Then something changed. The horoscopes didn’t fit. Didn’t resonate. Didn’t feel high vibration enough to follow. Didn’t click with me…

Did I change? Did Rob Brezsny change?

I don’t know… but at approximately the same time something else happened, let me talk about that.

Every Tuesday, about an hour into my errands run, I would get hyper, talkative, cracking jokes, giggly. Totally not me… Totally out of control… Totally unpleasant… Like I am on drugs.

This been happening for quite a few weeks. I would get more and more hyper, more and more out of control, then I would crash by noon, and would have to spend the day in bed, exhausted.

Losing a whole day a week is not my favorite way to live my life. I don’t rest because it’s my choice, it is because I am deflated, maybe even depressed.

A whole cycle of bipolar or manic depression playing out in a day… weird. It is, apparently, a dopamine infusion early in the day (it’s dopamine that is high when you feel “pleasure”, right?) and then comes the inevitable crash. 1) 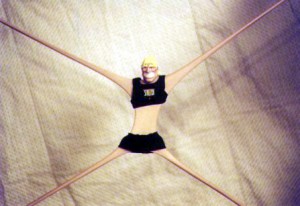 The downside of all that excitement

All worldly pleasures, happiness, success, that trigger dopamine, or are an effect of dopamine, result in a crash and a depressed state. It is the worldly light that comes with a shadow. Some are more “solid” than others, and less effected by it.

I am vulnerable. I have forgotten about it.

In one of our coaching calls, this past week, the issue that came up with all the participant is a weakness of self, a weakness of core.

When we examined their lives, whenever they were around other people, they had a sense that they lost their self. It’s an illusion: you can’t lose your self, but you can be fully directed by your environment.

I think that when I go out into the world, the same is happening to me. It doesn’t happen when I am around or with people that know who I am, it happens around people that either don’t care who I am, or consider me someone else… like themselves. Just like in the Brave New World… John is me, the un-drugged naturally born man… Go read it or listen to it if you haven’t… it is free.

I am sharing this, not so much to talk about myself, but because I think this is a core issue for everyone, and it needs to be addressed, and remedied, if there is a way.

I need to find a way for you, me, all of us, to strengthen our sense of self, our boundaries, so we don’t become swallowed up and diminished by others.

This is even more urgent for people who live with, work with low vibration people, with energy vampires, with users, with manipulators… most of us, right?

As I was in bed recovering from my two-hour “being in the world” I measured my vibration. It was 200 lower than it was before I left my home in the morning.

I am still in the shock of it, so I haven’t been able to do any work on this, so consider this a “coming attractions” announcement.

I don’t think it’s a simple process to build and protect the Self. Also, certain Soul Corrections have a harder time with it than others. But I do have a sense that it’s possible, and if anyone, I, with the help of my coaching students, will find it, identify it, and make it teachable. I promise.

Some of this work may get done in the Carrot and Stick webinars… and although you can’t participate in the live calls, because we don’t accept new participants, you can sign up and watch the replays. https://www.yourvibration.com/carrotwebinar 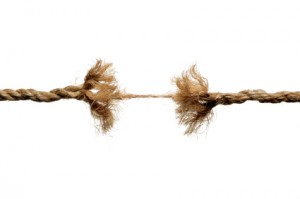 How do you know if you have a strong self or a weak self?

If there is a version or variation I didn’t touch on… and you know you are that, please comment. It’s OK to comment anonymously… I can only imagine how uncomfortable it is to be suddenly visible by all… You need a strong, secure sense of self for that.

3 thoughts on “Who are you? How secure are you in who you are?”