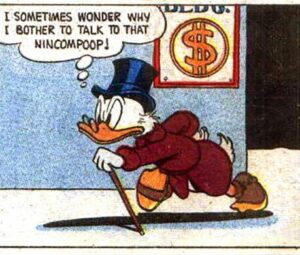 You treat yourself as if you were a nincompoop, but when I call you that you are offended.

You treat yourself a feeble minded toad, a never do well… and expect others treat you as a prince, or a genius.

How do I know? You only take on doing things that a feeble minded toad can accomplish, never anything that would need more from you.

Unless something seems like a sure bet… for you all bets are off. You don’t go for it. 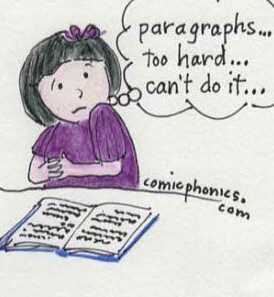 But if you never put yourself in the friction… you are stuck being a feeble minded toad in your behavior and in your results.

You want only the goodies and don’t want the baddies…

But life is life. With its ups and downs. Good, bad, indifferent all there. By denying the ‘bad’ stuff: you render yourself worthless. 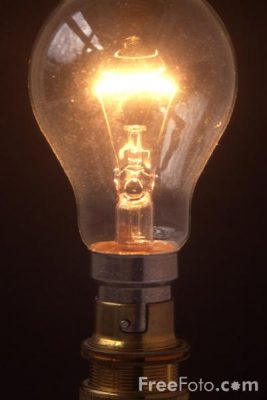 It is the way of the life bulb… If it got stuck on the high, it would burn out.

Both in electricity and in humanity’s design there is fuse… that prevents the light bulb from burning out.

In a human that is called going to sleep, going unconscious, going into denial.

There are degrees… but we can safely say that with the introduction of ‘positive thinking’, or at least what people think it means, humanity went insane…

If you can ignore it, if you can deny it, then it isn’t happening.

Yes, there are degrees.

In almost every conversation I have to assure people that there is nothing wrong. Nothing wrong with them.

Humanity as a whole, society as a whole is unable to look anything that is unpleasant square in the face.

A number of years ago I bought the recordings of a course on love… from the Kabbalah Centre. Cassettes… It was that long ago.

In it, Ruthie Goldberg, the teacher, said something that has changed how I look at life, at relationships, at everything.

She said that in a relationship the way the two people grow is through friction.

Friction? Ugh… And yet…

If nature worked the way your culture tells you is right… we would have nothing, would get nothing. We wouldn’t even exist.

And now humanity is dying because humans refuse to do anything that is unpleasant, hard, or causes friction. 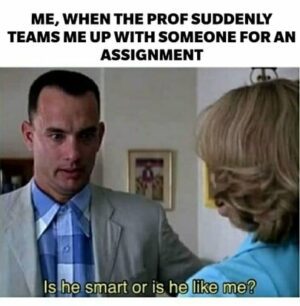 I know, I know I am talking to deaf ears… but I have to say my piece.

My feelings, right now, are a mixture of disgust, and grief.

So much promise, so little of it fulfilled.

Bonnie, my Friday podcast talking partner is waking up. Waking up to the moves she is trying to make herself feel better by placing herself above others. By adjusting her beingness to not look bad to her ‘superiors’.

The more you are willing to notice and not avoid, not lie about, not ‘tolerate’ your ugly ways of being, the more you can learn to be with… and not have to hide, lie, pretend.

She has managed to raise her TLB, the measure of your inability to be with reality, with how things really are. She raised her TLB to 3%.

If she is willing to raise it further, face more of her and others’ ugliness, more willing to be who she is, moment to moment, the less insane she will be, and the more joy she will be able to experience.

Interestingly women are more willing to experience pain than men. Maybe it is by design.

So if you are a woman, nature, maybe, designed you to be able to take more, because you can. But just because you can, it is not automatic that you will.

But you can. That is all I can say.

At some point, if you make it your business to see how you behave, at some point you’ll be able to see that in that emptiness that you are trying to fill with crap, pretense, positive thinking, lying through your teeth, that emptiness, when accepted, is the beautiful you.

But it is not available until you accept that filling the emptiness up with crap doesn’t make you feel better. Just the opposite.

When you have the courage to feel how you feel, think what you think, do what you do, and know that it is not you, then the whole inside world opens up and becomes available.

Real goodness, real affinity. Real joy… Not the fake one you are having now.

If you are willing to go down that path, I recommend a little reading for you. It’s only 20% truth value, but what he says is still much higher than anyone can say… and he is good with language.

I have that on one of my sites… https://www.yourvibration.com/osho/341/

Or get the whole book in pdf form: https://yourvib.me/mustardseedbook

The class is late morning on Saturday April 9 . You can get the recording too.

I’ll talk and work, one on one with people who show up and volunteer.

I promise you insights that can blossom into breakthroughs if you act on them.

Let me wake you up