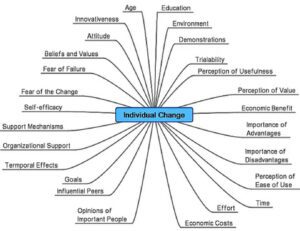 Sometimes the worst things can become the best things.

At least in this case I hope.

George Bernard Shaw said: ‘Progress is impossible without change, and those who cannot change their minds cannot change anything.‘

Now, if you are here, on my site, in my courses to get progress, for yourself, for your life, then you need to change your mind.

Nothing is easier, I thought. But as it turns out, changing your mind is near impossible for most people.

My method of changing minds is to show a picture, show a perspective that will surely change your mind… except it doesn’t. Or not for everyone.

So I am looking: what is the issue? Why can some people change their minds and thus cause progress for themselves, and why can’t other people… and thus be stuck in misery?

That something that seems to be missing in others I have had always.

It is not the humility that you and I think is humility.

It is a willingness for an idea to come in, even if it is counter to what I consider true. Whether the idea is about me, about others, or about the world.

Fear of what? Fear of everything… says Source. Fear of death. Fear that you won’t make it and you won’t look good.

Fear keeps you closed. Fear for yourself.

Ideas, especially, threaten to turn your world upside down… so you don’t let them in. Even if on some level you maybe understand that that new idea will help you get what you want: get more life, more and better everything.

The fear trumps it all.

My teaching style is to shock you out of the fear…

A client of mine lives with a brother and his family. They inherited the house, and now they share it.

The niece said to my client: you are a soul crusher… of something like that.

My client’s self-image was that she was special, good, generous, a soul lifter, not a soul crusher. So she felt crushed.

Instead of working on what the niece said, we looked at the self-image. 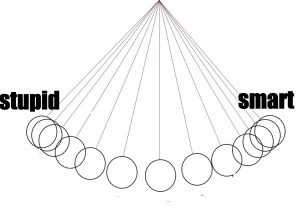 Everyone’s self-image is like a crazy pendulum: swings wildly from one extreme to the other.

Her extreme points have been special and brilliant. The other extreme: unlovable, and stupid.

You cannot fix the pendulum, it is just doing its thing. But what you can do is expand its path to more than just those two extremes.

I suggested that she forces the pendulum to extend to, include on its path ‘ordinary’.

I didn’t know what to expect, even though I had seen in my own life what miracles the pendulum method can cause.

And that was a setup for misery. For a long time… until…

One day, after our class with the pendulum, she announced to her classmates that she was ordinary.

I bet in the beginning, and maybe even now, it is hard.

But when you manage to tie your boat to ‘ordinary’, you have less fear: you don’t have to protect ‘special’, and brilliant. You can just be… ordinary. Just be.

She reported on her results last night in an email.

I have been trying to fix what was never wrong.
So I resist. I want to pay attention to that, how l do it and how the machine works.

I do not fully understand distinctions. So I want to just explore that.

I have been expressing that l am ordinary and that has helped me a lot. Not yet, but l am in the process of falling in love with ease of being ordinary. You gave me these words and l have been easing into it. It is such a relief to be letting go of the idea of brilliant and special. I got a B in a nursing class and was so relieved to get through it. In the past l would feel badly it was not an A. So I was able to feel good about the work l did. I now say to classmates, “l am ordinary.” That feels good.

I told some classmates, l used to think l was smart and that made things hard, because there is pressure to do great, when in reality, l have to work hard to just get through. Being great, doing really well is too much pressure. Ordinary is easier (and actually true.)

In nursing l love the encouraging people part….bring them food when hungry, helping the paralyzed man make a phone call, getting beans for a patient that craved beans. Watching a baby being born and giving a card to the parents of so they can write the baby a note. The simple loving kindness.

The little Helen loves to draw and paint and she wants to come out and play.

I am a work in progress. But you have helped me to make changes. Yesterday l was upset because l did not go 4 miles and l realized that l did 2 miles. Yeah, 2 miles for someone who previously had trouble with 500 feet. The living room is 80% clean of my mess. I am no longer the “soul crushing mess maker. “ 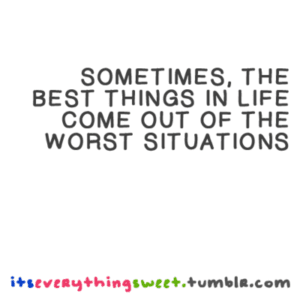 What is special of this email is that Helen acknowledges the source of the results: it is tying her boat to ‘ordinary’.

Most people would pick something beautiful, like smart, but she managed to stay with ordinary, and the results, from that, were automatic.

When I first had my big breakthrough back in 1996, my ‘word’ was stupid.

Because smart had been a compensation for me. It tried to fix everything that was ‘not enough’, or bad about me. How I looked, how my family related to me, how I felt, how I was abused. So it was a straitjacket…

In the beginning it was very uncomfortable… Then later I started to experiment with behaviors, and started to see that when I acted smart, for example in classes, I got nothing from the class. It was a waste of time… and gave me no satisfaction or a return on my time and money investment.

That was very surprising. 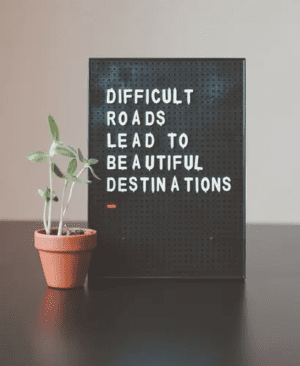 Looking back I can see that when my effort was on smart, or maybe even smarter than them, I wasn’t there to learn… and I didn’t.

I still had my humility, but a whole lot less than when I was ‘stupid’.

And even when I was ‘smart’, I still acknowledged when I saw something new, something that made me change my mind… and kept acknowledging it as a source of the results that came from the change.

My students don’t, and can’t. And won’t.

I have been planning on distinguishing Self, creating Self, as the next ‘leg’ of my teaching, and now I am having second thoughts.

Unless I can combine humility, acknowledging a change of view as the source of progress, and the created Self, I have to return to humility… and obviously I have failed getting through, causing humility then.

I have a small group of people who signed up to be trained to activate their intention. 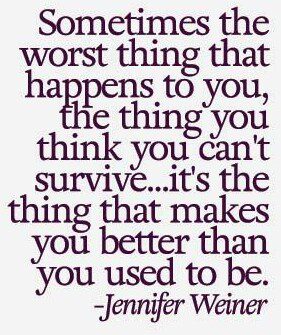 Intention is the main difference between something being done to you (effect) and something you do that you cause.

Turns out that I can turn on specific DNA capacities, but you cannot keep it on without intending for it to be operational.

Capacities like humility. The capacity to allow something to change your mind. Allow new things to turn your world upside down. Allow you to become more, better, and different. To have breakthroughs due to the transformation that changed mind makes possible.

To see things, yourself, and the world differently.

You have been hoping for more, better and different results without being willing to change your mind. Without risking anything.

And it didn’t work… did it?

Humility with intention… creating a new humble Self… the condition for change. Without humility you cannot change your mind. Without changing your mind nothing can change to the better.

PS: All disease is caused by some blockage.

The most frequent blockage is the closed mind. YOU closing your mind to protect the status quo… that is what is keeping you stuck… by the way.

Clients who had a serious health issue that was gearing up to kill them got better from healing energies… But they didn’t get, couldn’t get better in a lasting way unless they changed their minds: their health issue returned.

What health issue? Any… as far as I can see it.

And no matter what level of consciousness you are at… I have to change my mind at least once a day. But more often more than once a day…

About important things, too. So if you can start practicing now, by the time you are my age, you’ll be really good at it, and can live till 120.

the client: Hi Sophie
Hard to enjoy reading those scores! Seems like I am a lost cause. 1% coachable explains a lot of my life’s failures!
What do you suggest?

My answer: the real issue is the gap between your real self and your imaginary self, your precious ‘I’.

You may want to lower you self-esteem, and that will change the whole picture.

Coachability comes from humility. But if you imagine yourself all-knowing, all-powerful, then you won’t allow anyone to coach you, because you fancy yourself better than them.

Obviously hearing that didn’t make a difference… I just re-measured this person’s coachability score… and it is still 1%.

If and when you are coachable, you allow the coaching-teaching in.

The trick is to allow. But what does it take to allow? If you look, and observe your muscles around your mouth: if you want to shove something into your mouth that you don’t want, you’ll keep your mouth as clamped as possible.

If you don’t want to pee, for whatever reason, you keep your circular muscle that controls the flow there… clamped.

It is the same with everything.

If you consider everything that comes at you as threatening, you’ll tighten your defenses… and won’t allow it to come in.

This is why television, religion, pop music, ‘spiritual’ teachers use the soothing voice, or suggest that you use them as ambiance… background.

So all the things that you would protest, hate, wouldn’t allow to poison your soul and your body, comes in unrestricted, because you are lulled into a relaxed, not threatened state.

Maybe that is what is underneath guided meditations? Or hypnosis?

Shall I start doing guided meditations? To fool you so you can allow what you need to see and not block it?

So would I use words like ordinary? Normal? safe?