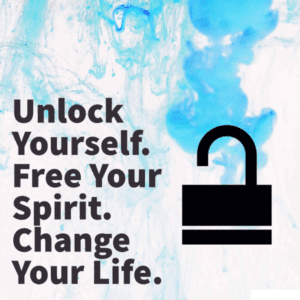 I have gotten through this issue… and my spirit is alive and well… and I am committed, COMMITTED to teach it to you, so you can have what I have, without getting to be my age.

In one of my other articles, was it yesterday? I write about my big weakness: I have a difficulty of putting things in order. To say what is first, and what is next.

So in a conversation with William, who I hope will be my partner to help you train yourself through the phases to become innocent and powerful again, I needed to set what is the first thing to do.

I went out on a limb and I said: 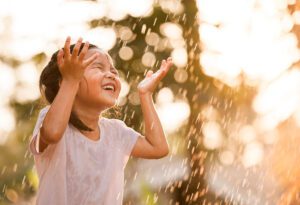 The first step is to become innocent again.

Innocent? Yeah. Not as in ‘not guilty’. But truly innocent.

What is the opposite of innocent is tarnished, weighed down, having lost your spark. KNOWING….

And if you look: every single human on the planet has lost their spark. You see it best when you compare them, or yourself with how you used to be as a child. 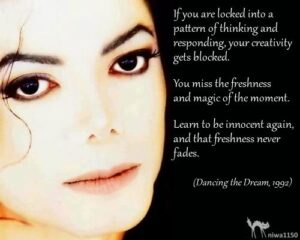 Spark is the spirit shining through the eyes of the child, the spirit puts the spring in their steps, the joy that is in the smile.

No look at your smile… it has no joy. It is just the muscles moving your mouth wide. And even if you make your eyes squint to make it look real… the spark isn’t there. 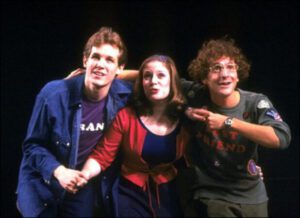 I watched the preview of a documentary about a musical from about 41 years ago, where Stephen Sondheim and his partner recruited kids for the musical, ‘Merrily We Roll Along’. The spark in the kids was tremendous. Their joy obvious.

Then some decades later the musical was rediscovered and cast adults in children’s roles… No more joy. 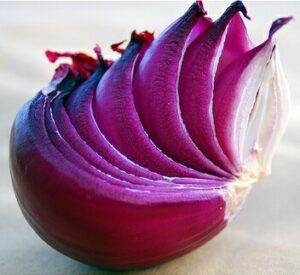 So when I say the first step is to restore innocence for you is to remove all the layers that have been covering that joy, covering that spark.

Each of those layers have, at its root the notion wrong/right. The more wrongs and the more rights you piled up on yourself, the less shine, the less spark you have.

When, occasionally some of those wrong/rights lifts, you come to me and you beam.

I see it on Bonnie most, whose mood goes from subdued and dutiful to beaming and back.

Some of those wrong/rights are rules you set up for yourself… ‘the way to win in life is to be liked by everyone‘, for example.

So you see, being taken back as far as possible towards innocence will be a condition for growth.

You cannot grow from where you are, on the top of the wrong/rights galore.

It is like trying to raise a skyscraper on a playground, on the top of what is already there… impossible.

The conscious process of going back to innocence takes a long long time. 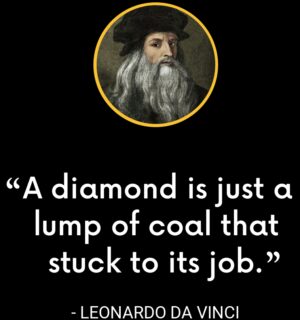 And in between I played full out…

I know human nature: you want what you want fast.

In this regard I was different. I had experienced instant, and I didn’t like it. And I actually hated it. I enjoy process… and I stayed in it: I didn’t have any better things to do. Because without the process life was dreary.

One more thing about instant: If you think that when I turn on a capacity for you you’ll see something, and you’ll be changed, then you are sorely mistaken.

The only two DNA adjustments things people instantly noticed were the Predatory Gene Adjustment, where Source adjust your predatory genes so you are more amenable, more harmonious to life. The ideal number is 3. And the other was the permission gene.

When the permission gene was first turned on, people had an immediate shot of joy.

Now why? Because the permission or the lack of it seems to have come from others… which is not always true. Most people feel restricted, walled in, oppressed by others… and when the permission gene was turned on, they suddenly felt that they could move…

But sadly the effects wore off in about a week… And it was back to business as usual.

Because if you are carrying a 50 pound (25 kg) backpack… and I let you take it off for a week, you are happy. You remember how heavy it was.

But after a week, you put it back on… because it is full of stuff you say you need, you say is right and wrong…

So the back to innocence phase needs to remove as many layers as you are willing to let go.

And when you allow the wrong stuff, you can stop obsessively compensating for it.

It’s better if you can see that the compensation was the wrong of the next layer… heavier than the first… Better but not mandatory.

Now you are 300 pounds… and still no love. The compensation is a bigger problem than the original one.

And now you are 46 years old, and have never given yourself to anything, because of that compensation. Horrible, isn’t it?

What is the problem? The problem is that your whole identity is vested in that thing being wrong and what you did being right.

I have had the bad fortune of watching many people not willing to change their minds about that first layer… ever.

I was in trainings with them… and coached hundreds to no avail.

And I attempted to train them… to no avail.

About 1% of all humans is able and willing to look at the ‘original wrong’ and see that it was not wrong. It was what it was. 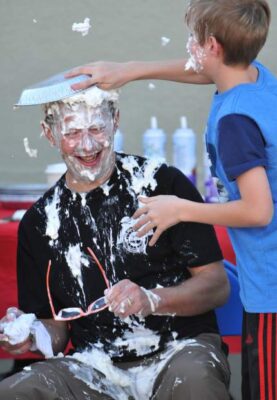 That was my second milestone back in 1987. I managed to look at the wrong from the side… and I saw that looking from there, from the side, it was actually funny. Funny like the cream pie throwing movies of Laurel and Hardy. Funny to watch.

And that removed the original wrong…

The subsequent layers had their own wrong, but they were easier to remove. I had altogether 20 layers… Most people have three… Most people’s life was simpler than mine.

So in the first series of this program we’ll address the innocence issue. No matter which layer you’ll be working on, the first or the last, the program will work on what you work on.

The biggest challenge, people say, is to get out of behind their eyeballs and not take themselves with the move.

Interestingly, that is a DNA capacity that I’ll embed in the workshop… so it will be open for you, so you can move only your eyes, but leave the self in the incident.

Can I pull this off? We shall see, won’t we? Source says: I can.

And then the recording of the meditation can be used as many times as needed to make sure you have the opportunity to remove ALL the wrongs and ALL the rights that have robbed you of your innocence.

The first session is on Friday, this week, at 2 pm EDT.

It will be replacing the Intention training and practice… So Fridays and Mondays.

The Sunday 11 am session will remain an Intention training plus conversation… priceless.

Source says that it’s easier to let go WHEN you have the intention to let go… so people who can activate intention will let go faster and more fully. This is why the Intention Training is included in the price of the program.

Start your growth with step 1
I am of the mind to promise a prize ($100…) to the first person who breaks through: sees that in fact what happened in the original incident isn’t and wasn’t wrong.