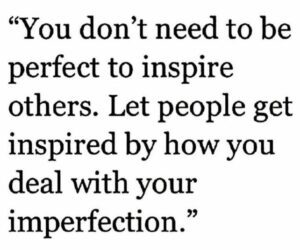 People who make mistakes, people who show weaknesses are easier to love.

I know this will hit you as ‘no, it’s impossible! I have to be perfect to be lovable‘, but it’s just not so.

Perfection isn’t relatable, achievable or real & it’s downright boring! What makes us so real & unique are our flaws. It’s how we’ve worked through that gives others hope! (from Facebook)

Perfection is boring. And your perfection, or your smarts, or your beauty makes other people uncomfortable. 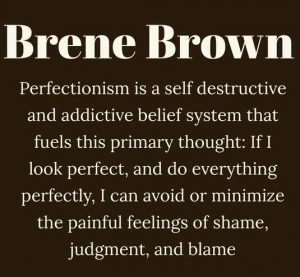 I didn’t invent this, and I didn’t even observe it without first being instructed… some things just aren’t that obvious for the observer.

So it was psychologist (I assume) who discovered it. I learned it from negotiating genius, Jim Camp.

Why are imperfections endearing? Because although we all claim to love perfect, we relate to everything through emotions, and our emotions are always look for unthreatening… 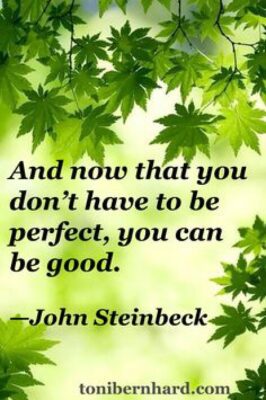 I have plenty of imperfections. And I put them on display.

Trivia, time differences, and other trivial matters are at issue.

Human nature is to want to feel superior.

In my experience feeling and being normal, average, nothing special is a much better way to be. More even, more like what people actually want to feel.

Ordinary, normal, average have the right to be… are likeable, relatable, while superior, especially the forced kind people tend to enforce, is violent, and off-putting. 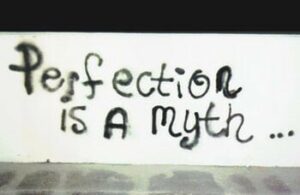 If somebody has to be wrong in the interaction, it doesn’t feel good and doesn’t create harmony.

But if somebody HAS TO appear wrong, make it you… even if the appearance needs to be manufactured.

President Lincoln was a master at this. He used his lanky tall stature to his advantage. When he appeared to his army, he intentionally selected a short horse where his long legs reached to the ground. He looked very unpresidential as he sent them to war. His soldiers related to him.

People who are forcefully ‘superior’

They felt that they didn’t matter. Neither what they said nor what they felt. 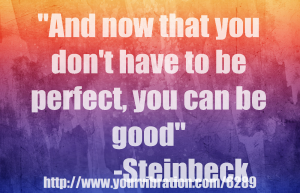 As I have said before, the compensation, the fix is always worse than the original issue… and it is true in this case.

I used to be one of these people, and I was widely hated, and avoided.

I, of course, didn’t know that. Not, until one day, just after I completed a transformational course, they suddenly changed, and didn’t hate me. That is when I realized that they used to hate me.

It was so obvious suddenly, that I had to notice.

Whether it is as frequent in the population as it is among my students: I don’t know. But more than half of my students have ‘superior’, arrogant, as their attitude, in spite of them being anything but superior in their accomplishments, in their actions.

To my utter surprise people are not self-aware. They don’t see themselves, they don’t even look. 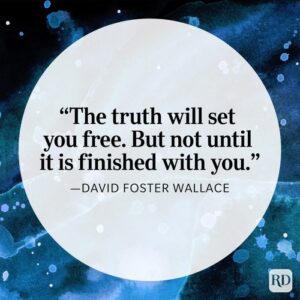 But finding out how you really are is very useful. When you know, you can change. When you don’t know: you can’t change.

Having nurturing relationships is important to most people. It is easier to go through life if the people around you support you, root for you, if they are on your side.

But if you unwittingly repel them, antagonize them, make them feel inferior, then you won’t have those kinds of relationships… so being able to change your attitude would make all the difference in the world for you.

The What’s the truth about you workshop is diagnostic in nature.

I don’t rely on my ‘limited perspective of the human mind’ to diagnose. Instead I muscle test… i.e. I let Source do the diagnosis.

Like any ‘cure’ it will be unpleasant to find stuff out about you that you didn’t know. But ‘just a teaspoon of sugar makes the medicine go down’, the possibility that arises from the diagnosis, or being able to have what you have ultimately wanted, love, belonging, success, health, is the teaspoon of sugar.

When? Where? What does it cost?

PS: What does it have to do with health?

Every illness, ultimately, comes from a blockage. And every ‘inauthenticity’, every forced behavior, every time you want people to believe you are one way while you are another way, is a blockage.

So, I say, it is in your self-interest to find out your blockages and begin releasing them, once you know what they are.

But doing it in a group format can be considered research, so I make it as inexpensive I can.

Research for me, life saver for you.

The truth about you?

PPS: And although perfection is boring…

…a book written with chunky sentences, clunkiness, by someone who is on a ‘best seller list’ because they bought it isn’t necessarily endearing. A meal cooked by an untalented cook, a singer who cannot hold his tune… These are imperfections… that are not what I am talking about in this article.

Being shabby is NOT attractive… so please be able to tell the difference.