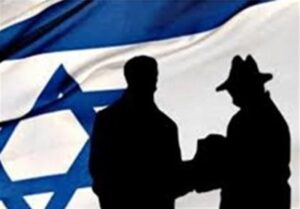 Sometimes it takes reading a book to understand what happened 40 years prior.

Back in 1982 I was interrogated for eight hours by the Israeli whatever… intelligence? It was dinner time. I was freshly off El Al the Israeli airline asking to enter Israel. I kissed the ground and had tears in my eyes… for reasons I don’t know. And then… They ushered me into a small room where I was questioned… no water, no bathroom, no food… for eight hours by several different men.

I had no real idea what kind of danger I could have posed to Israel until today.

In the book I am reading (I read a book a day pretty much every day) where an Iranian sleeper cell takes out (kills) a host of people in the USA. 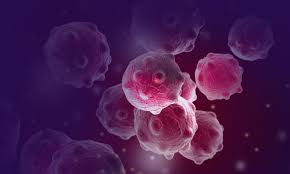 Like cancer, it only needs a trigger, and then it activates. Destroying, like cancer. From the inside out.

I came from Hungary. But my parents were founding members of the leading ‘communist’ party in Hungary. My boy friend was an army colonel, head of the army’s technical intelligence. So, on some level I understood…

Sloppy interviewing, sloppy screening gets these immigrants into key positions in government, industry, science, law enforcement. They have access to the highest military tools and intelligence, and can influence a whole country’s future, radicalize hundreds, thousands of citizens.

Obviously most people are clueless. And cannot wrap their minds around anything that is longer view than a few weeks… These sleeper cells and their idea are long and very long range… in time. 20-30-40-50 years.

If you told any of them that they are brainwashed they would protest, or want to kill you.

It has always been like that… but today the thought leaders’, influencers’ purpose is to divide and let their ‘handlers’ conquer. Incite.

To polarize. To turn members of the same family, the same workplace, the same group, one against the other.

Nobody can think straight when their fundamental beliefs are questioned. They wear them as their identity. As a ‘who I am’.

This is what broke a fruitful association of mine last year: my Sunday call talking partner is now believes in tunnels where pedophiles with a hooked nose hide and abuse children, liberals, etc.

The ones with the most outrageous and offbeat theories dominate.

I frequently get emails asking me to watch a youtube video to muscle test what they are saying, the truth value.

The other day someone asked me to watch a video with two people: one with 100 vibration the other, the authority who claimed that he wouldn’t say anything he didn’t personally experienced (!!!!) had a vibration of 70. I measured the truth value of the whole thing at 1%.

The person who asked me to watch that video is exceptionally bright, and yet could not decide for herself if what she is hearing is true of not.

Because people are essentially clueless and already tainted.

I don’t believe anyone, literally.

I make my own decisions. But I have a lot more practice in that…

So I’ve had a lot more ‘training’ than most, and now I have my trusty muscletesting too, to back me up. 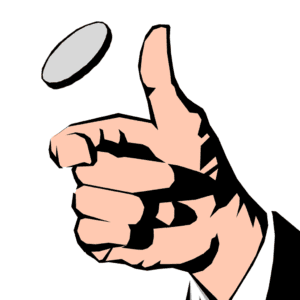 Muscletesting… sounds so simple. But the way David Hawkins ‘sells’ it to you: it is only about as accurate as flipping a coin… so not very…

You can learn muscletesting, but

I do have a number of students who can connect to Source. And their muscletesting is accurate when it’s about the water, or some food. But is completely inaccurate when they have a vested interest in the outcome.

Outcome independence is important everywhere if you ever want to be happy, but especially when you muscletest something or someone.

A lot of people come to me and claim that another empath measured their vibration as over 500. I measure them, most of the time, under 200…

The original measurer had a vested interest in pleasing them, I think.

One more thing: since I have been able to teach everyone to turn on their intention, I have a feeling that once you get the hang of that process, you’ll be able to connect to Source easier.

Because it is only one little step to go from intention to connection, while from nothing to connection it’s a lot more complicated.

And once you are connected, and can stay connected, you can muscletest anything you can connect to. But mostly what you can put your hand on… and connect that way.

Also: muscletesting can be done with a pendulum if you so desire. But to be in physical contact with what you are muscletesting is mandatory, unless you are a trained empath.

Lots of people say that they are empaths, but when I muscletest them, 90% of them are sensitives. That is not the same as being an empath, sorry. And even if you ARE and empath, it takes training to be able to connect to whatever you intend to connect to. I haven’t met or encountered another empath who could. It takes mastery of your attention.

Anyway, if you want to learn how to muscletest, I have a course.

Get 15 minutes of 1-on-1 call with me FREE if you buy before next Friday midnight, May 6. Here the bonus would cost you more than the course itself. Use it for whatever you need. Health, relationship, money… When you paid, I’ll send you a link where you can book your meeting with me.

PS: To finish the story: I was not meant to be part of a sleeper cell… but I was interviewed again exactly a year after my arrival. I wish every country were as diligent as the Israelis.