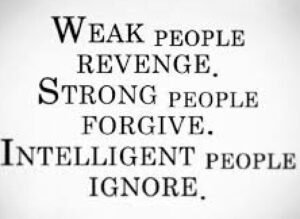 The ignorant is easily mislead. And we are all ignorant and thus mislead to one degree or another. It is on the scale of 1 to 100 like most things in life.

Ignorance, ignorant simply means: lacking knowledge, information, or awareness about a particular thing… often most things to be precise.

Ignoring, the verb, interestingly, means: make room for it, pay it no heed, grant it no significance. 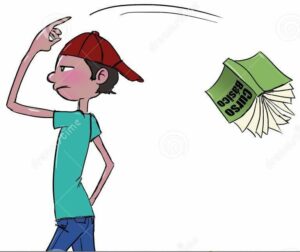 Almost literally nothing is pure binary: this or not this… good or bad, right or wrong… As most people on the systemic judgment level would think.

But this article won’t be me beating on the systemic judgment as I do so frequently. This article will be about Socrates, about what is spirituality, and why the uneducated remains more so… and believes everything.

Let’s start with Socrates… and what happened today.

For some reason I got to Quora which is a crowd sourcing content site. People can ask questions, and others willingly answer. Brilliant. 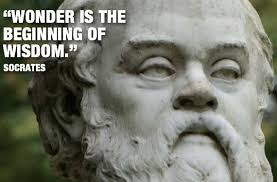 The question I read the answers to was ‘Why did Socrates say ‘I know that I know nothing’ and what did he mean by it?’

Yeah, why did he say that? My uneducated guess was that he was setting the context for curiosity. Because you cannot be curious if you know everything… can you? And that is how most people I talk to are… incurious. ‘I know what I know and that is all I want to know.‘ Sigh. I have periods when I am exactly like that. Incurious.

Anyway, I read the whole answer, a lengthy and detailed essay. The guy seemed to know a lot about Socrates, and my stomach churned as I was reading it. I had to find ‘wrong’ pushing up and wanting to rule the day.

I was left with his interpretation of the man… although there are others: same actions, different interpretions. For now I was left with his scathing opinion… but I may want to change my mind eventually. I’ll be doing some reading about pederasty… sigh… maybe a lot.

…that Socrates was a user, a parasite. Never worked. Never made a living. He didn’t even attempt to work.

He also used people, young, inexperienced, or older and educated… and he used them all.

He was, maybe, a psychopath. Lacking empathy.

His fame was all due to his students who wrote about him. He never wrote anything. His fame is due to one-liners… never a whole thought flashed out.

I have had students and associates like him. I recognize Socrates in them. Except that none of my students were pederasts (hm, does the word means what I think it means?), as far as I know it.

So back to being uneducated: when you are told only things about a person that you like, and nothing about them that would turn your stomach, you listen to what they say differently.

So all the memes and all the smart things he said came from a godlike person… that they were not.

For god’s sake the guy was, maybe, a user, a user of people, user of children, a low-life.

Psychopathy and the predatory genes: what is the connection?

Yesterday I wrote a little bit about my discovering the predatory genes. So after reading what I read about Socrates I was curious if psychopaths are born or created by the environment. If it is nature or nurture.

It was a long conversation with Source… but here is the gist… both.

Certain soulcorrection (nature) have more tendency to become users… that is really what a psychopath is. A user.

The number of predatory genes have some effect too. But one of my psychopath students had his predatory genes adjusted down to 3, and I just checked: it is still 3. And yet his attitude, his behavior, his lack of empathy is still the same: he uses people. A parasite. 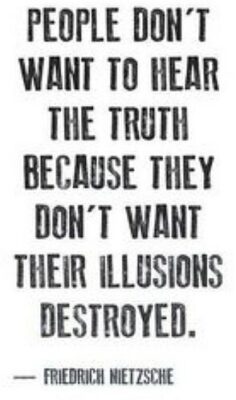 I asked and the number in their soulcorrection that predicates psychopathic tendencies is the number 7. Whether it is one of the 2 numbers or the sum of those… Seven.

But you can become a parasite with different numbers as well. Many 31’s (Finish What You Start) are parasitic.

So as you can see: the answer is really: both… The roll of the dice.

Kabbalah teaches that we all have our Opponent. The Opponent suggests all the lower self, evil inclination actions, attitudes and feelings. I know I have them… all the 7 deadly sins, pride, greed, lust, envy, gluttony, wrath, and sloth. I would add to this some more: indifference, comfort-seeking, incurious, pretentious, lying, ignorant, unthinking (like Eichmann)

This takes us to the third topic I wanted to talk about today: what is spirituality, as far as I know. 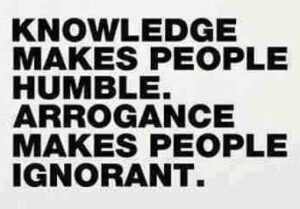 First off: being religious, going to church, praying, being pious, etc. is not spiritual.

The word gives away much of what it means. The spirit is an inner force that is either obeyed or not.

The seven deadly sins and the seven I have added are what keep humans from allowing the spirit to influence their attitudes and actions.

The spirit only wants that there be flying. Flying means climbing the Tree of Life so you can look at what’s happening from a higher vantage point where it is not all about you and what you want, what you are protecting.

In Socrates’ time (300 BC) the average vibration in Greece was 200… which is where courage and responsibility becomes available… but not necessarily active. And that was in Greece where pederasty… was normal. And in my experience, it is still quite normal in Greece… and other Middle Eastern countries. Because don’t be mistaken: Greece is more Middle East than Europe. Today the average vibration among all Greeks is 100. 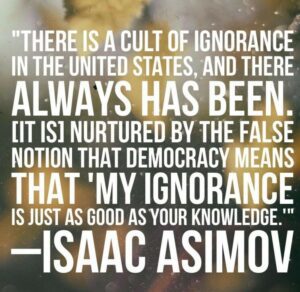 The world at large, the average vibration is 70. So the Opponent is winning, and the spirit is not flying… not even stirring in most people.

By the way, finally even my own water has caught up to the dramatic drop of vibration: It used to take the water to get to coherence, in my house, using only entrainment… It used to take 24 hours. Then the time went up to 26… then two days… and now it is 50 hours… meaning that I have to add energy manually to have coherent water around the clock.

So yeah… humanity is on the verge of self-immolation.

Can my work change this downward spiral… that is now almost free fall?

Source says ‘no’. But then what is my work for? You should ask. 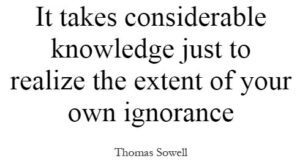 In my courses and programs I teach people who to have the spirit inside them give them a different life experience… Different from the people not in my programs. Because just like Victor Frankl wrote about it: even in a concentration camp you can be happy… while others die around you.

Ultimately you can have a good life, maybe even a great life, in spite of what is going on in the world.

What is different is not what you have, including success. But who you are. When the who is guided by the spirit you can be happy regardless of everything else.

Worldly success, money, fame, fortune don’t make you happy… Just watch Johnny Depp in his defamation suit ‘drama’… Does he look happy? Or his wife? And they have millions!

A few years ago I conducted a course called Soul Correction Workshop. 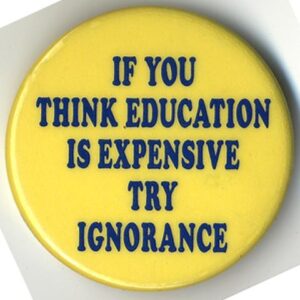 In essence it wasn’t a course as much as one-on-one coaching in front of a group… I have been watching people who bought the recorded course, and I have seen them get clearer and clearer about what it is their Opponent is doing that they can counter… Because unless you know what you are up against you cannot be effective… can you?

Anyway, the course is excellent. It will let you hear all the ways the Opponent is jerking your chain… and all the ways you can overcome that.

If you just want to take a test-drive, you can just take a sample of the course.

PS: I see that I didn’t say much about the topic I promised in the title: the ignorant will believe anything. 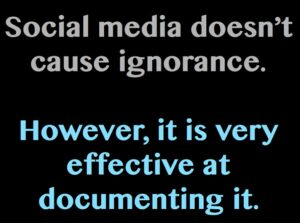 You see, the most ignorant doesn’t know anything… and therefore they have nothing to compare with what they hear… so they fall for anything sexy enough. We could say that in 2022 we have entered the age of ignorance when the loudest voices are that of the ignorant. Both sides of the great divide.

And the ones who pull all the strings fish in the murky waters… Your job is to question everything… and fall for nothing.

I sure didn’t like what I found out about Socrates today. I’d have rather not know it… So I questioned it… and looking through different filters that I had verified before, I saw that it is not only that it was likely individually, it was likely not a big deal in Greece at the time. Today he would be executed for his treatment of the weak and susceptible for his sexual predatory behavior… But 2500 years ago his speaking was what got him into trouble… because it went against the grain and the social mores of the ruling class.