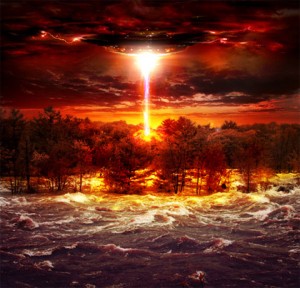 I have been off-track, according to Source. I have fallen into the same trap as so many people before me: I started to teach people… Became this talking person… grrr.

It’s been both time-consuming, and it’s been ineffective.

So what am I really supposed to do? What is the big thing that will happen in 2012 that having a higher vibration, that being connected to Source could counter, for yourself, and maybe for the planet? That is the big question now.

Depending on what the danger is that is facing humanity in 2012 I will need to design the actions that I take, the directions that I go.

What are the options? There are two basic options:

What would be the role of higher vibration in that situation? Or being connected to Source?

That one is easier to answer, and therefore I am almost certain that this is the danger that is threatening humanity.

If you are connected to Source, then you will make your decisions from your power and not from fear, or not from being sheep (resignation).

If your vibration is higher, you can look at something and be able to see through the deception, see the intention, because higher vibration means that you can see a bigger picture, that you can see it from the side and from a slightly elevated place, where you are not in the middle of it, so its emotional burden is not touching your.

The alien invasion can effect other people. But not you.

If there were not enough people with higher vibration, the panic would sweep everyone to join the enslavement to save their skin… but if there are enough people, 8% is a great number, then the voice of reason can stand up to the voice of panic.

Sometimes all people need is a moment of reflection, a moment of sanity, and the whole event turns around.

The Dark Side group of people 1 that want to enslave humanity count on you to be sheep. It is a crucial element of their plan to work.

But if I get my job done, and can get this method of connecting out to 8% of the population, then they have no chance. And they will end up “pie” on their face… And I would love that.

This time isn’t different. It is just bigger. And this time I won’t be alone. You’ll be with me, right?